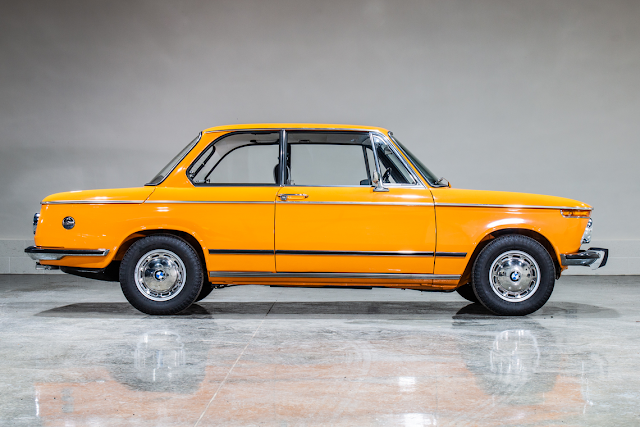 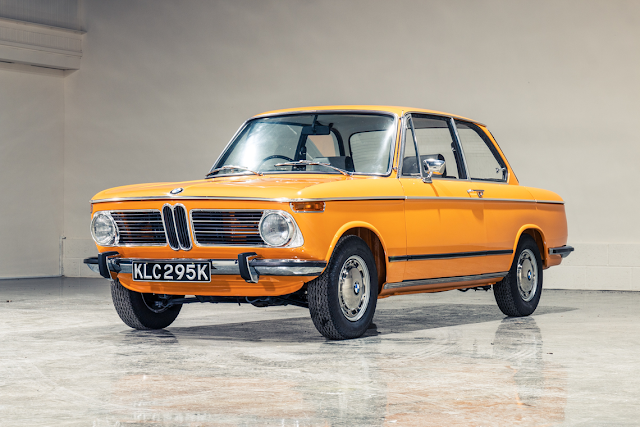 The foundation of BMW's post-war resurgence was the Neue Klasse four-door 1500 saloon and its derivatives, the company capitalising on their success with the launch of a revised two-door range in 1966, headed by 1600 (later 1602). Demands for increased power, not least from BMW's US importer, Max Hoffman, led to the introduction in 1968 of 2002. BMW's director of product planning, Helmut Werner Bönsch, and engine designer, Alex von Falkenhausen, already had 2.0-litre engines installed in their personal 1602s and proposed to BMW that the company should build a production model along similar lines. Enter 2002. The larger, 1,990cc engine produced 100bhp at 5,500rpm in single-carburettor configuration, and 120bhp on twin Webers when installing in the 2002Ti.  Well received from day one, the 2002 imbued the everyday car with a measure of sportiness and sophistication, demonstrated that performance means more than going fast in a straight line, and moved BMW a notch up the automaker food chain. The 2002's combination of sports-car handling, room for four, an airy greenhouse, and a large boot,  plus BMW's growing reputation for engineering and high-quality construction, came together in a car that caught the attention of enthusiasts the world over who didn't want a four-door, yet needed something more than a rickety British two-seater. It made a great economy car, a great race car, and served many needs in between.

We are incredibly pleased to offer this very special 1972 BMW 2002 - a  single carburettor car dating from late 1971 with the wrap-around bumpers, facelifted instrument cluster, and improved seating. The previous owner, a painter by profession at one of the country's leading Rolls-Royce and Bentley restorers, embarked on this epic restoration, the results of which are simply stunning. His knowledge of coachwork and high-quality vehicle paintwork is evident from this car's panel alignment, door gaps, and the amazing depth of finish. To ensure originality was maintained throughout the rebuild, all brightwork, including lights, lenses and badges were bought directly from BMW. The interior of the car was treated to new carpets and headlining and the seats were retrimmed to the correct specification with Alcantara centres. Some items in the cabin are no longer available from BMW, however, as the door cards and dashboard were in smart enough condition to use again, they were just detailed and refitted. This car still retains its original M10 engine, known for their reliability and longevity, and since it was not leaking or burning oil it was not necessary to carry out a rebuild. The engine was simply removed from the car, cleaned, detailed, and reinstalled once the bodyshell was ready. It was treated to fresh oil and filters and, once the valve clearances had been reset, that was it. The four-speed gearbox was also removed, checked and reinstalled with a new clutch fitted with the appropriate fluids.


The depths to which the restorer went to maintain originality are evident in the refurbishment of the wiring loom. Rather than fitting a brand new loom, the old one was removed, painstakingly checked, and then rebound in new braided cloth before being reinstalled. This would have stood him in good stead with the Concours judges who, contrary to popular belief, are not always impressed with 'shiny, shiny' and mark a car based on how close it is to the way it left the factory, so a fastidious restoration of the loom would have been worth a few points. Although normal by today's standards,  BMW 2002s had some quite innovative features including hazard lights, and warning lights for the handbrake and low fuel level (illuminates to show one gallon left) and they are all working as they should. The original Phillips radio and working centre console speaker is still fitted. All the running gear on the car is original and was simply fully refurbished and painted with Trimite stove-enamelling (colour matched to factory specifications) before being re-fitted. Four new tyres complete the look, with the date stamped spare wheel still residing in the boot along with the jack. The result of all of this hard work was finally realised when, in the summer of this year, the car won the BMW National Concours - an incredible achievement and testament to the quality of this little orange 2002. Supplied with its original handbooks in the original wallets, a raft of invoices, and a UK V5c, this car is pretty well museum-quality and we invite you to come and view for yourselves.
When it debuted over four decades ago, the 02 already had what it took to become an instant automotive icon. This unassuming little transportation device actually spawned the popular Sports GT category and it almost single-handedly started the sporty saloon revolution, putting BMW firmly in charge of this segment for 40+ years. The 02 is still an icon today on a global scale, appreciated and sought after by those who have a passion for this automobile and value its significant contribution to automotive culture. 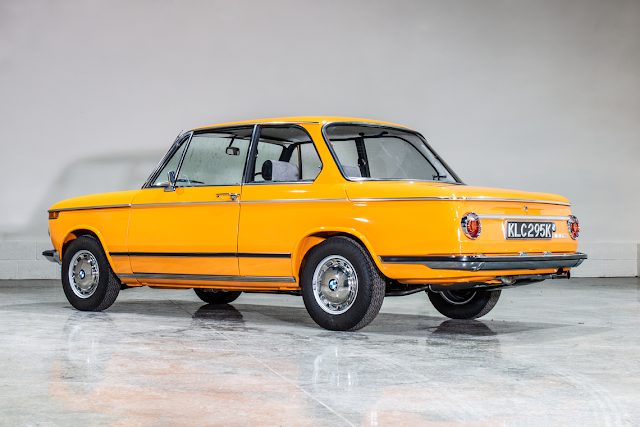 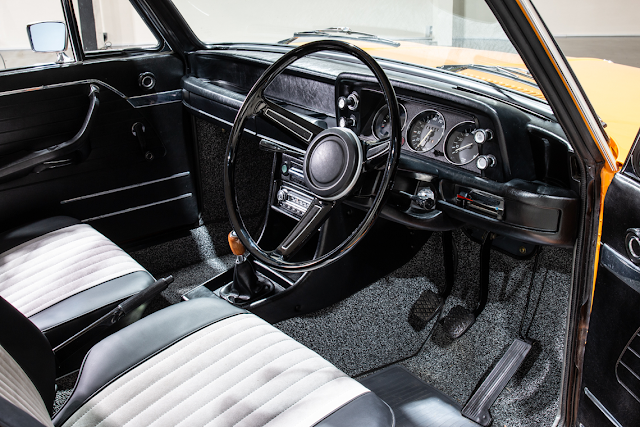 CLASSIC CHATTER
Powered by Dragons
Posted by jeffharris at 12:16