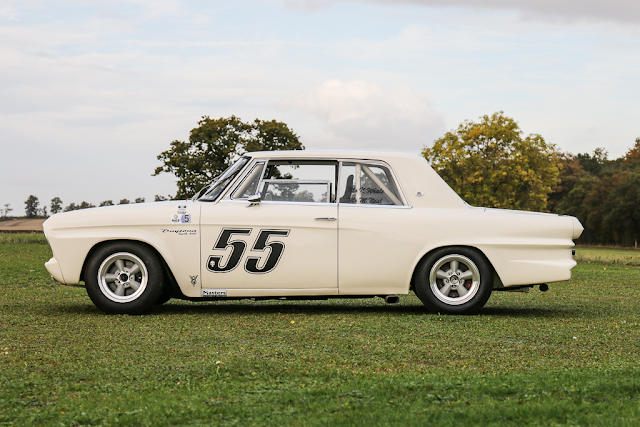 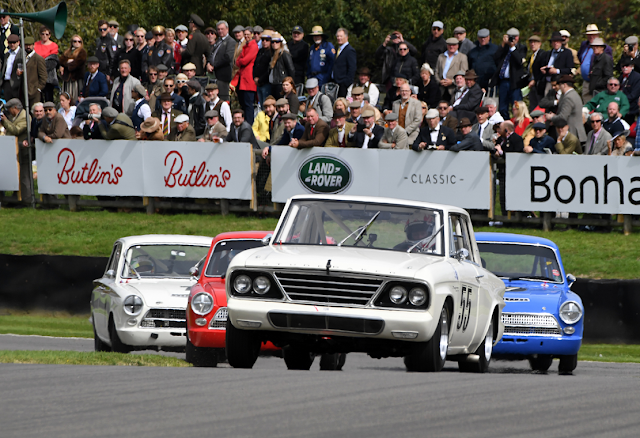 The Studebaker Lark was produced between 1959 and 1966 in various guises as Studebaker's mainstream production saloon and manufactured in both Canada and Australia. The Lark Daytona was the third generation of the Lark model and only produced between 1964 and 1966 with a unique separate chassis and body construction. It was offered with various engine options including the small block Chevrolet V8 which was introduced in 1965, for both the American and Australian market only. The car was used successfully in competition in Australia, specifically at Bathurst where it gained a podium finish. During the final year of production, a limited edition 'Lark Daytona 500' model was also produced as a pace car for the famous Daytona 500 race in America.
This car is the only racing Lark Daytona 500 in Europe and has therefore secured invitations to some of the most high profile historic saloon races in the world, including both Goodwood Members Meeting support races as well as the main Goodwood Revival.
It has been built on a no expense spared basis, originally by renowned single seater experts Fortec Motorsport and more recently by historic saloon specialists, Richard Moore Racing. The car runs with a top specification Peter Knight freshly prepared and fully FIA compliant Chevrolet V8 which gives circa 430bhp. The car runs to a minimum agreed weight of 1,200 Kgs in the Masters Series and is also rev-limited to 7,000 rpm.
The car is extremely competitive and has recently circulated Donington Park in early 1 minute 23, Goodwood in 1 min 30.3 and Spa in 3 minutes dead.
It's offered with a host of comprehensive spares including 12 wheels and tyres, 2 limited-slip differentials,  spare body panels for front wings, doors, bonnet and boot (including moulds where appropriate) and many further assorted components.
It has been invited and competed at Goodwood 5 times over the last decade gaining regular top finishes in the Pierpoint Cup, the Jack Sears Trophy, and the St. Mary's Trophy. In fact, at the 2018 Revival, it qualified third overall and finished second overall in the St. Mary's Trophy celebrity race, just behind eventual winner, Ash Sutton, after a race-long epic battle.
Although not eligible for an FIA HTP (as it was never homologated in Europe) it runs to Australian CAMS specification and is eligible for and welcome in the 2019 Masters series, as well as the 2019 HRDC Historic Touring Cars, Bernie's V8s, and HSCC Touring Cars. It is also "highly likely" to receive another invitation to the various prestigious races at Goodwood when their period of racing is for 1960's saloons. (letter from Goodwood on file)
In short, this is a highly developed and extremely competitive car that is both beautifully prepared and expertly engineered. Its rarity will ensure difficult to obtain invitations and allow a competitive entry into all the greatest saloon races across the world. Truly stunning and a reluctant sale by long-term owner, Silverstone Auctions MD - Nick Whale, who is making way for another exciting new project. Please call him in the office for further details and also future Goodwood specific details. 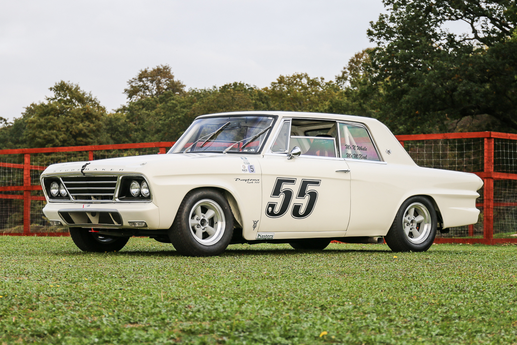 CLASSIC CHATTER
Powered by Dragons
Posted by jeffharris at 12:53