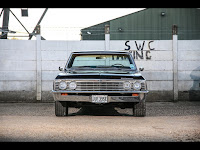 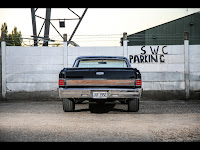 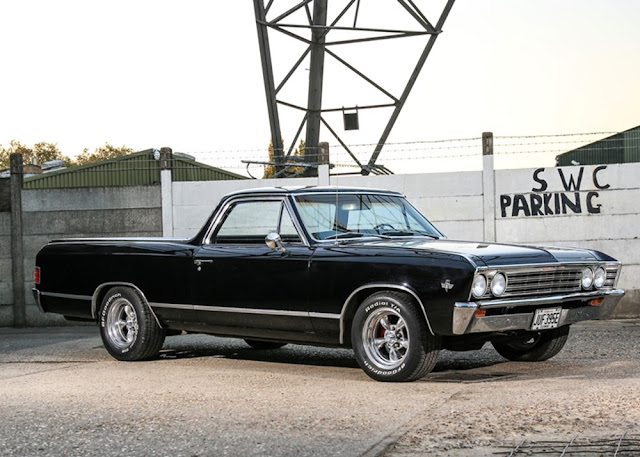 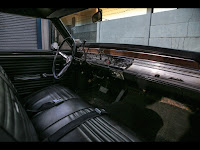 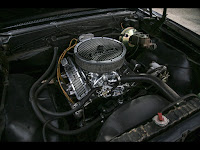 The Chevrolet El Camino was produced by Chevrolet between 1959/1960 and 1964 to 1987. Introduced in the 1959 model year in response to the success of the Ford Ranchero pick-up, its first run lasted only two years before production resumed for the 1964/1977 model years based on the Chevelle platform and continued for the 1978/1987 model years based on the GM G-body platform. Chevrolet re-introduced an all-new, mid-size El Camino in 1964 based on the Chevrolet Chevelle. The 1964 model was similar to the Chevelle two-door wagon forward of the B-pillars and carried both ‘Chevelle’ and ‘El Camino’ badges, but Chevrolet marketed the vehicle as a utility model and Chevelle's most powerful engines were not available. Initial engine offerings included six-cylinder engines of 194 and 230 cubic inches with horsepower ratings of 120 and 155, respectively. The standard V8 was a 283 cubic-inch Chevrolet small block with the two-barrel carburettor and 195 horsepower with optional engines including a 220-horsepower 283 with the four-barrel carburettor and dual exhausts. The 1967 El Camino followed the Chevelle's styling facelift with a new grille, front bumper, and trim. Air shocks remained standard equipment on the El Camino, allowing the driver to compensate for a load. The year 1967 also brought the collapsible steering column and options of disc brakes and Turbo Hydramatic 400 3-speed automatic transmission.
This El Camino has benefitted from recent extensive investment including an upgrade from the 327 engine to a new ‘crate’ 350 (5700cc) unit. This also incorporated an upgrade from a two-barrel carburettor to a four-barrel unit and she also benefits from the electronic ignition. At the same time, the two-speed ‘powerglide’ transmission was overhauled and disc brakes were fitted to the front including the fitment of a brake servo. The net result of this time and investment is a Chevrolet El Camino that has been very well sorted and is ready to be enjoyed immediately. Supplied with a good history folder, this El Camino is finished in black and comes with a V5C registration document. 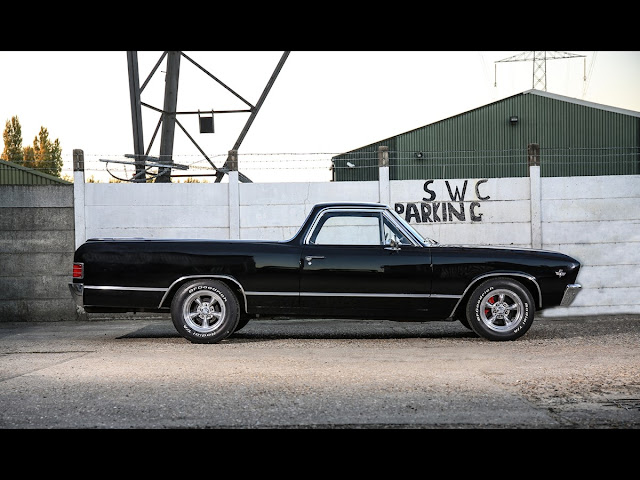 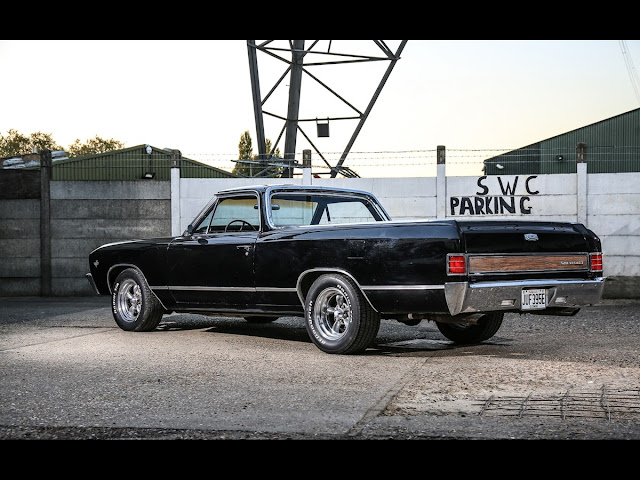 CLASSIC CHATTER
Powered by Dragons
Posted by jeffharris at 15:04