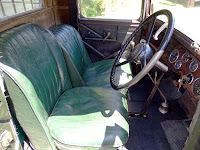 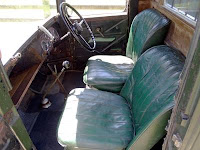 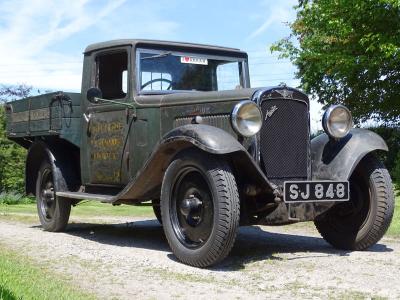 1935 AUSTIN LIGHT 12/4 PICK-UP
Registration No:SJ 848
Chassis No:H23571
MOT:Exempt
Registered on the Isle of Arran in 1935
Purchased by the war department in 1939, census number L4411082
Unique with delightful original bodywork and paint and registration number
Number 24 or only 48 produced

Unlike most such pickups, this splendid Austin is unrestored and comes with original body, paintwork and registration number - 'SJ 848'. It was first registered to Mary and Janet Currie who employed it to deliver 'dry goods' purchased from their shop in Brodick, Isle of Arran. Having contributed to the war effort in the South of Scotland it was acquired at auction by the Edinburgh-based Austin agents Moir & Baxter, who ran it in promotion of their business until 1958, before placing it in storage. Thirty years later the vendor found it abandoned on a farm on the East coast of Scotland. All the mechanical items have subsequently been overhauled, including the engine that has since covered c.2000 miles, taking the vehicle's total to a mere 36,900 from new! The vendor now regards the engine and transmission as 'very good' and the bodywork and interior trim as 'average'. A period truck of immense character and practicality


The following information has been supplied by the vendor :


"The Austin was registered as SJ 848 for use on the Isle of Arran in September 1935. The chassis is H 23571, and the body Is HVV 24. It is interesting to note that the commercial vans had a body type "HV" but the trucks were issued with a body type "HVV-. It was bought new by Mary and Janet Currie. whose shop was situated in Brodick. II was used to deliver "dry goods" around the island.


During World War 2 the Austin served the war effort in the south of Scotland. It was listed as No. 4411082. After the war it was purchased at an auction by "Moir & Baxter" who were Austin Agents in Edinburgh. lt was used in the garage business until 1958 when Mr Moir put it away in a shed ! 30 years later the vendor found it abandoned on a farm on the east coast of Scotland with 35.000 miles on lhe dock. It is used regularly. and was seen at Gaydon in April 2014 at the ATDC AGM. Eariier this year the vendor took the truck to the National Rally at Wroxall where it attracted a lot of attention due to its rarity. These pick -up trucks were fitted with solid disk wheels, rather than spokes. so that they could withstand the weight of goods being carried. The chrome radiator continued to be used on commercial Austins after it had been replaced on saloon so they would qualify for the £15 Road tax. There are a number of pick-up trucks which have been re-created since the 1930's but this example is original and unique" 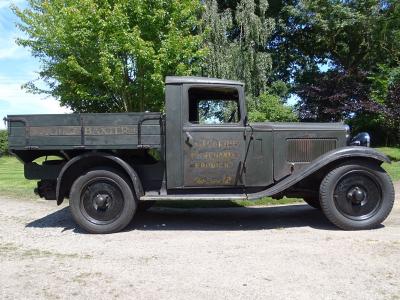 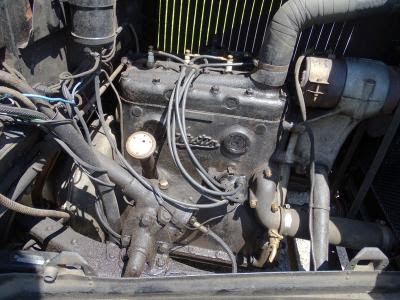 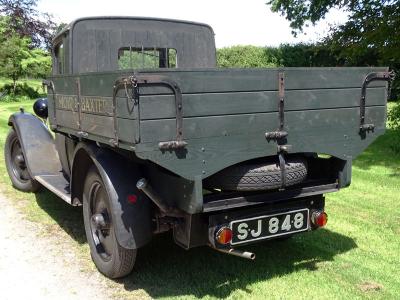 CLASSIC CHATTER
Powered by Dragons
Posted by jeffharris at 19:22