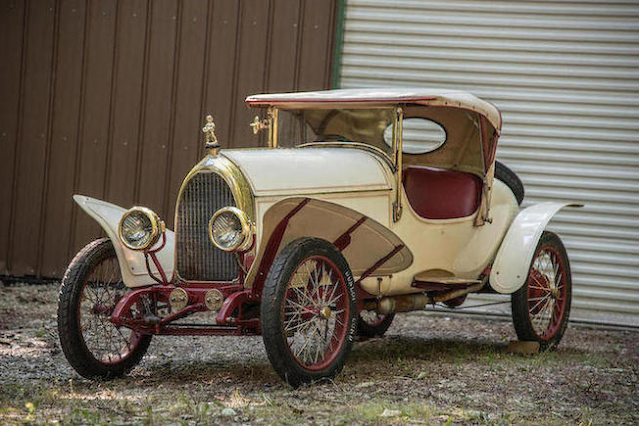 
After traveling to Paris in 1910 and having gained experience working at Peugeot Dress, DeDion-Bouton, and Renault, inventor and engineer Robert Breese decided to design and build his own automobile. The plan was to return to New York with the three prototypes and begin production. The exact number of cars that were eventually built remains a mystery, but it seems that only 2 of the three known examples exist today. This particularly dashing teardrop roadster is supposedly the first produced.


This particular car was built to very high standard. The teardrop bodywork was fashioned out of aluminum and fitted to a well designed ladder chassis. The engine was sourced from Fevit, and mated to a four-speed transmission- quite advanced for its day.


The marque's production numbers remain a lingering question of the company's history. Robert Breese himself did not need to produce cars to make a living so the whole enterprise may have been viewed as little more than a hobby. What is clear is that the Breese Paris cars were built to a very high standard and way ahead of their time. Most sports cars of the brass era achieved speed by having huge displacement engines. Breese appears to have taken a much more modern and sophisticated approach. The whole car is built with lightness and maneuverability in mind, only weighing in at a lithe 1550lbs. Even with the small Fevit engine, speeds upwards of 70mph were possible.


The earliest known owner of this car is a Mr. Albert Blecher of New York City. In 1927 he sold this car to Mr. Don Romeo, a well known jazz band tenor banjo player. Mr. Romeo was a very enthusiastic owner of the car and used it extensively around NYC for ten years. Unfortunately, Mr. Romeo was not very mechanically inclined and did not see the warning signs of the back wheels failing. After exhausting his search for replacement wheels, the car was disassembled and laid up in his garage. The car would remain in Don garage for the next 24 years, till a NYC fire Marshall determined it was a fire hazard and demanded he clear it.


A fellow vintage car enthusiast tipped off the new owner, Mr. Emanuel Speraza, about the car. Initially not having an interest, Emanuel offered the car to other club members. As fate would have it, a fellow vintage car enthusiast by name of Leo Peters, who introduced him to Mrs. Breese, Robert Breese's widow in a local park. When informed that it was probably the missing first car, Mr. Sperraza developed an interest, and purchase the car from Mr. Romeo.


Emanuel spent two weeks searching Romeo's house for all the parts, loaded the car components into the back of his station wagon, strapped the alloy bodywork to the roof, and then drove home with the whole lot. Over the next few years he spent many hours putting the car back together. This task made more complicated by the fact that no two breeze automobiles were the same. Many small parts he had to manufacture himself, but at the end of 2 years, the car was finished and back on the road. It was first displayed at the Antique Car Rally on Staten Island in 1963, where it won 1st place.


The car eventually passed to Emanuel's son in 1990, an ardent vintage car enthusiast and now retired NYPD police officer. The car has since been displayed at numerous events and shows. These included, The Greenwich Concours de Elegance, Medowbrook Hall, and the car won a Palmetto award at Hilton Head in 2006.


Even though the car was last restored in the 1960's, the cars condition today is very good, a testament to the Sperrazza family's careful care and diligent maintenance. It was recently inspected by a Bonhams Specialist and appears to be in very good order.


In the world of collector cars, there are few rarer than a Breese. The vehicle is surely eligible for any number of Concours events, or a slew of Brass era tours.

FOOTNOTES:Please note, this vehicle is titled under Engine No. G2783E. 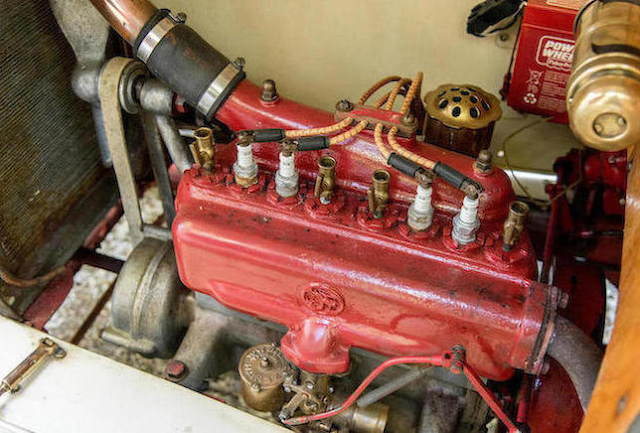 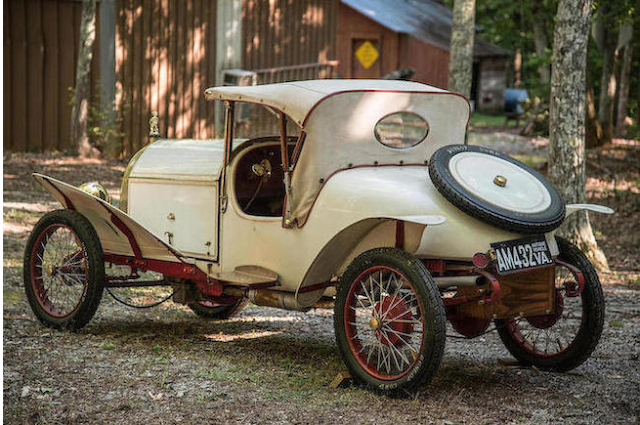