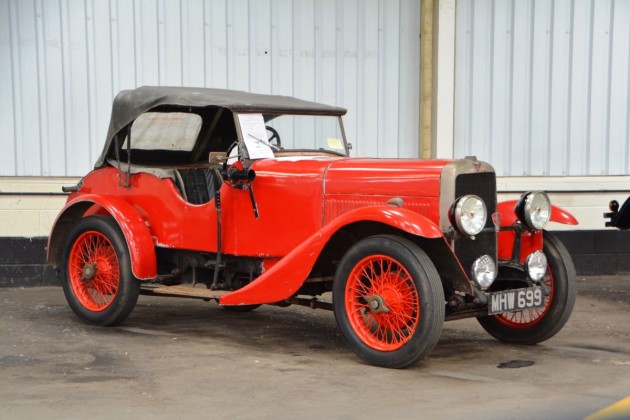 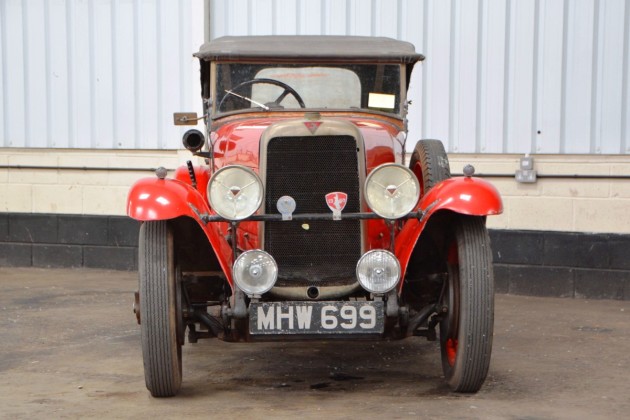 That Alvis became regarded as a Sports Car was more of an accident than by intent.
Their first car, the 10/30 was a conventional light-car with side by side valves and made in very limited numbers. The 11/40 that followed in 1921 had an increased capacity of 1,598cc which produced a reliable 40bhp, after which the inevitable over-head valve version was introduced in 1923 as the immortal 12/50.
This car was to build the reputation of the firm, for it delivered extreme reliability, performance way beyond what would be expected of a 50bhp car (thanks to its light weight), quality construction and a feeling of “oneness” way in excess of the sum of its parts. Clutton and Stanford in their staple “The Vintage Motor Car” said of the 12/50 “We cannot but consider it one of the classic designs of the time, and it remains of all Vintage sports cars the one which needs the least apology”.
The 12/50 Alvis developed through a number of series, each one carrying a range of attractive coachwork. The most famous of course is the “Ducksback” and later the “Beetleback” 3-seaters, but for those requiring more space, Cross and Ellis produced a most elegant 4-seat tourer with a stout bulkhead behind the front seats, no doubt the quality coachwork contributing to their sporty reputation.
By 1927, Alvis had decided on a small capacity six-cylinder as the replacement for the 12/50 and the 1,870cc 14.75hp was introduced. This car sold quite well was fast and refined, however, the depression brought about the need for a cheaper model so Alvis re-introduced the 12/50 in late 1930. These are now referred to as the revival cars.
This ‘Revival’ TJ is one of the lucky ones, having been delivered on 6th December 1930, falling into true Vintage classification. It started life as a Cross and Ellis Tourer according to the archives, although had been converted to its current format in around 1947, when it was re-registered as a new car to move it out of the punitive HP tax regime – you could do that back then.
Reputed to have been through the hands of Dick Caesar as a ‘Cappa Racer’, which may account for the chassis shortening (11” has been removed at some time), it entered the hands of the owner’s mother in 1966 who used it as her everyday car until 1980 – it was a well-known sight around the Malvern area.
Her son carried on the family tradition, using it as his everyday car from 1984 until the late ‘90s, during which time it continued to be a common sight on the roads – usually with the family dog in the back.
This characterful special has had a number of clever and useful mods, including 12/60 wheels with ‘jelly-mould hubs’ and a handsome pair of bronze SU carbs. A rev counter sits in the otherwise original dashboard and inside the engine, a Dodge oil-pump was fitted by his engineer father which feeds oil at a most impressive pressure to all parts of the engine – including those bearings which usually rely on splash feed.
The engine remains remarkably quiet and leak free, a full white-metalling of the bearings having been completed by Coventry Boring about 20,000 miles ago. A 4.5:1 final drive also gives relaxed 60mph cruising and it has an Alvis Register steering shaft which is a wise precaution on any 12/50 as the originals have been known to fail.
It was runner-up in the 1976 Alvis Trophy, won the Measham Trophy on occasion and has been a regular on the VSCC scene for the last 60 years. The car has seen little use recently, hence the reason for sale and comes with an interesting book of notes to 1984, 30 old MOTs, a current V5C and Buff logbook.
Ready for its new owner to enjoy as is, this venerable 12/50 is typical of the post-war period and offers a high ratio of Vintage performance per £, with plenty of potential for more. 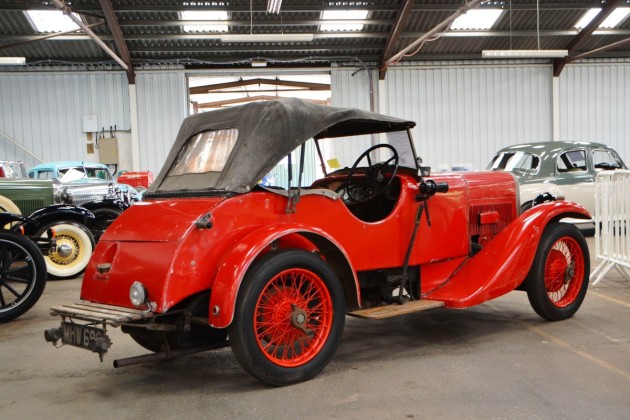