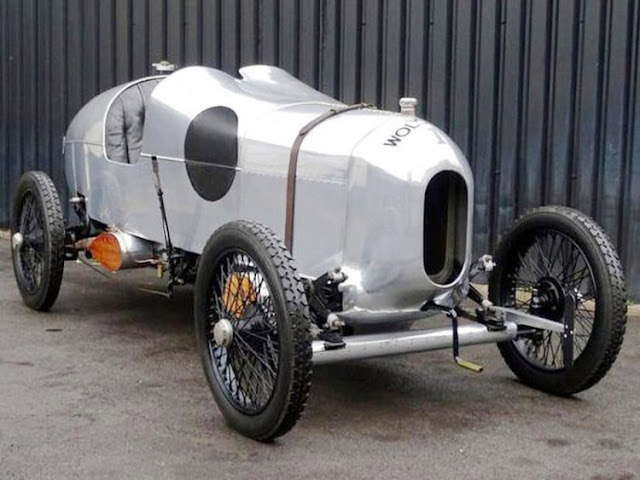 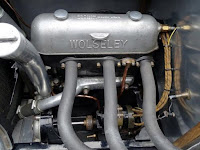 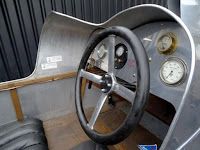 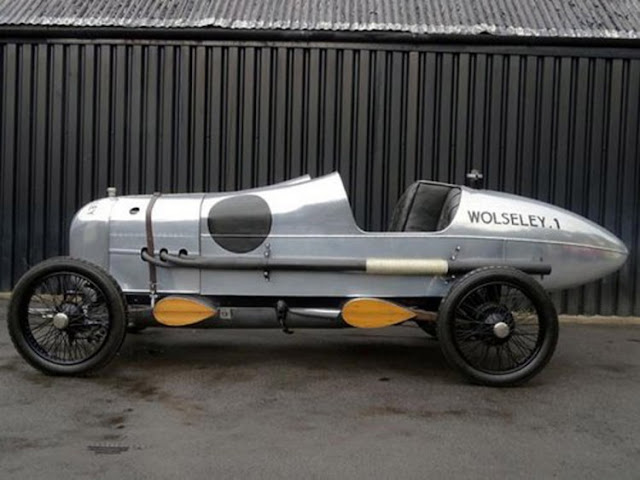 Britain’s biggest motorcar manufacturer at the outbreak of World War One, Wolseley built Hispano-Suiza aero engines under licence during the hostilities before developing its own designs. Part of the Vickers Group, it did not want for funds and was able to unveil three new models of 10hp, 15hp and 20hp at the Olympia Motor Show during November 1919 (though, production proper did not begin for over a year). Benefiting from Wolseley’s aero engine expertise, the 10hp featured a sophisticated 1260cc four-cylinder OHC engine and three-speed transaxle. Beautifully made, the newcomer was – at £545 – also considerably more expensive than many of its rivals. Keen to boost sales, Wolseley’s managing director Arthur McCormack tasked Captain A.G. Miller with establishing a competition department in 1921 (Miller had enjoyed notable success the previous year with two 1914 Opel Grand Prix cars). Bodied as a single-seater in polished aluminium, Miller’s first Wolseley Ten racer rose to prominence in late 1921 when it set ten new (1.5-litre class) speed records at Brooklands including averaging 81.79mph for 500 miles! Christened `Moth’, the record breaker was said to be comparatively standard mechanically apart from a high-lift camshaft, alloy pistons and larger carburettor.

Suitably encouraged, Miller ordered a two-seater version to be built for the Junior Car Club’s highly prestigious annual 200-Mile Race at Brooklands. Finishing 8th-in-class at an average of 66.2mph in 1922, the two-seater performed even better the following year finishing 10th overall at an average of 76.25mph. Contesting other events aside from the one it had been constructed for, the `200-Mile’ car came 3rd in the 1922 Armistice Meeting and 2nd in the 1923 BARC August Meeting. The success of `Moth’ and the `200-Mile’ car even convinced future Bentley Boy Woolf Barnato to commission and campaign `Moth II’. Sadly, the link between Miller and Wolseley was severed when McCormack resigned at the end of 1923. Thereafter, the Miller Wolseleys faded into obscurity with none surviving to the present day.

Inspired by enthusiast John End’s recreation of `Moth’, Colin Thomas set about making a faithful copy of the `200-Mile’ car in the early 1980s. Using an original 1921 Wolseley 111 Ten rolling chassis as the basis and ably assisted by John End, he tasked master craftsman Phil Kneller with reproducing the two-seater’s exquisite polished aluminium bodywork from period photographs. Non-standard parts were faithfully manufactured from drawings such as the high-lift camshaft, three-inch diameter outside exhaust pipe, extended oil filler neck to facilitate quick pitstops, and bespoke outside handbrake..

Debuting at the VSCC’s Prescott Meeting in August 1984, Thomas’s `200-Mile’ Evocation appeared in the Club’s Bulletin publication several times and, along with End’s recreated `Moth’, was the subject of an article by Bill Boddy in Motor Sport magazine. Acquired by Stephen Battye for his impressive Yorkshire Car Museum during 2003, the Wolseley was carefully stripped and reassembled after a period of dry storage. The engine and transaxle were overhauled (with the former receiving a new correct-specification carburettor). The steering and braking systems were inspected and a new bulkhead and dashboard fabricated. As well as appropriate Wolseley instrumentation, the cockpit received new Black leather upholstery. The leaf springs were rebound in glace cord and `Wolseley 1′ sign-written on the radiator cowl and nearside tail to better mimic Miller’s original.

Kept in warm surroundings for the last few years, the `200-Mile’ Evocation is wonderfully detailed and certainly rewards close inspection. Formerly used for sprints/hill climbs, the Wolseley is offered for sale with a VSCC Buff Form (expired), V5C Registration Document and history file. 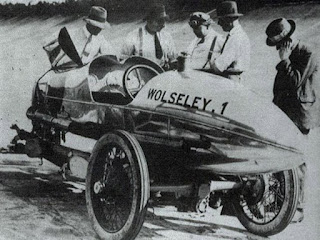 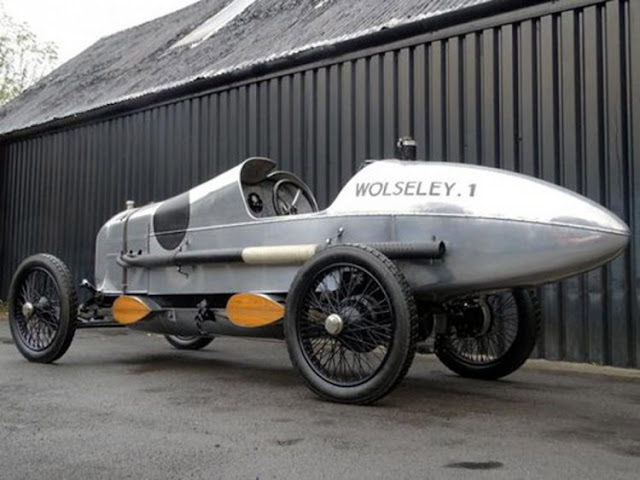