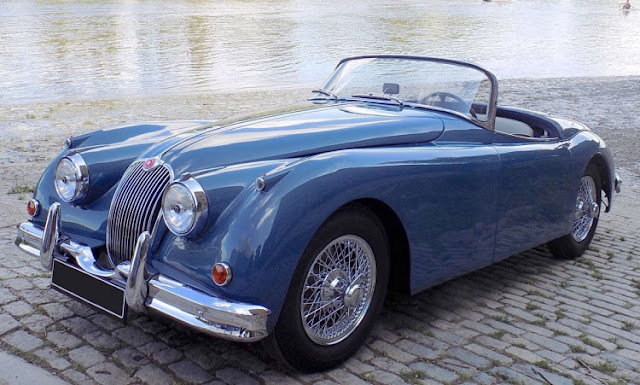 ‘The Jaguar XK150 is undeniably one of the world’s fastest and safest cars. It is quiet and exceptionally refined mechanically, docile and comfortable… we do not know of any more outstanding example of value for money.’ – The Autocar.

What would turn out to be the final glorious incarnation of Jaguar’s fabulous ‘XK’ series of sports cars arrived in 1957 As its nomenclature suggests, the XK150 was a progressive development of the XK120 and XK140, retaining the same basic chassis, 3.4-litre engine and four-speed Moss transmission of its predecessors while benefiting from a new, wider body that provided increased interior space and improved visibility courtesy of a single-piece wrap-around windscreen, replacing the XK140’s divided screen. Cleverly, the new body used many XK120/140 pressings, the increased width being achieved by means of a 4′-wide central fillet. A higher front wing line and broader radiator grille were other obvious differences, but the new model’s main talking point was its Dunlop disc brakes. Fade following repeated stops from high speed had been a problem of the earlier, drum-braked cars, but now the XK had stopping power to match its prodigious straight-line speed.
Introduced in the spring of 1957, the XK150 was available at first only in fixed and drophead coupé forms, the open roadster version not appearing until the following year. At 190bhp, the engine’s maximum power output was identical to that of the XK140 so performance was little changed. ‘Special Equipment’ and ‘S’ versions came with 210 and 250bhp respectively, the latter delivering an astonishing 0-60mph time of 7.3 seconds and a top speed of 136mph. This was achieved by the introduction of the Weslake-developed ‘straight-port’ cylinder head, high-compression pistons, triple 2′ SU carburettors and twin electric fuel pumps.
Overdrive and a Borg-Warner automatic gearbox were the transmission options, the latter becoming an increasingly popular choice, while a Thornton Power-Lok limited-slip differential was available for the XK150S. Steel wheels remained the standard fitting, though XK150s so equipped are a great rarity, as most were sold in SE (Special Equipment) specification with centre-lock wire wheels. The much-admired chromed Jaguar mascot was made available as an optional extra on an XK for the first time.
Delivered new to the USA in 1958, this wonderful 150S was re-imported to the UK in the early 2000’s. At this time it received a restoration by UK specialists who restored the car to the wonderful condition it presents itself today. Having covered under 5,000 miles since the restoration this wonderful example, finished in a stunning colour combination is ready to be used and enjoyed by its new custodian. 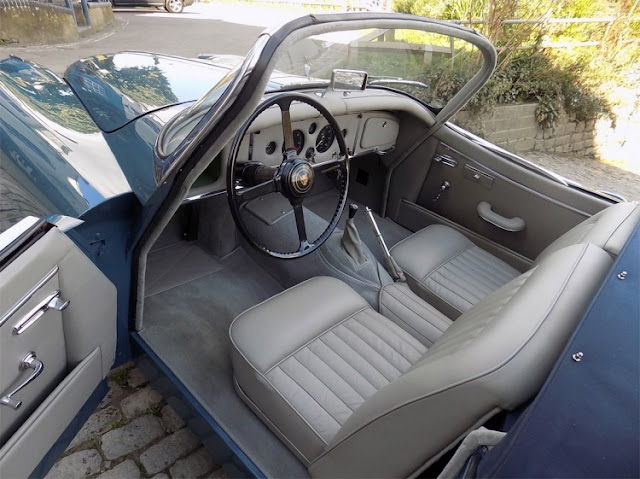 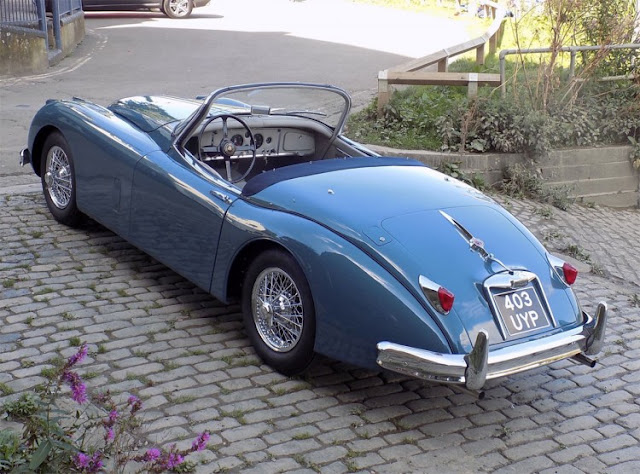