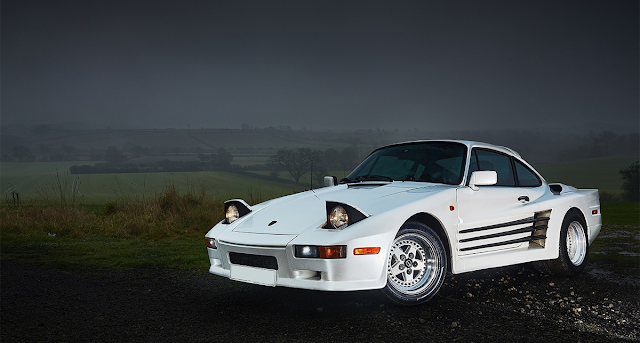 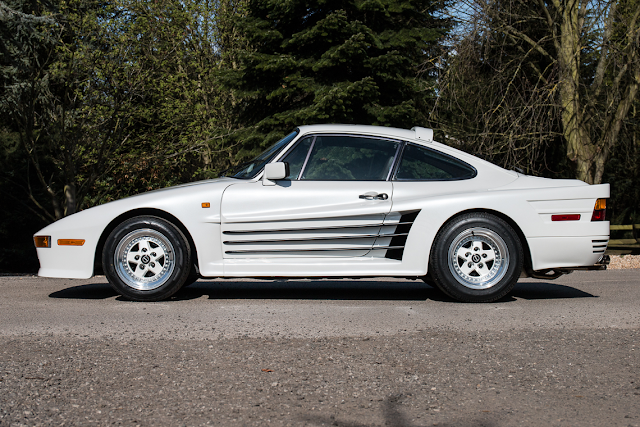 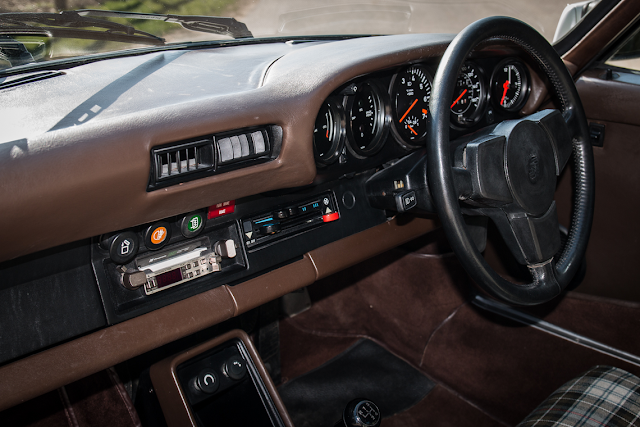 In the same way that the Morris Minor, VW Beetle, and Fiat 500 will always be associated with the 1950s, and the Mini, Jaguar E-Type and Lotus Cortina are synonymous with the 'Swinging Sixties', the poster-boys of the late 1970s were undoubtedly the Lamborghini Countach and the Porsche Turbo. The 911 (930) Turbo was aspirational from the day it was introduced in 1975 and remained desirable until it was replaced by the 964 in 1990. I imagine that anyone in a position to buy a new Turbo would feel pretty pleased with themselves, however, there are always one or two individuals who feel the need to take things just that bit further. One such was Bruce Aspinall, who was perhaps best known for introducing all-wool 'Berber' carpets to the UK, marketed under the brand name 'Rusticana'. The product was well received and his company, Aspinall Brothers, flourished during the late seventies. In early 1980, he was discussing the choice of his next car with the sales team at JCT Porsche in Leeds and it was suggested that he may like to consider their 930 Turbo demonstrator which had only covered around 75 miles. After a test drive, the deal was done and he took delivery of the Turbo in February 1980.
All was going well and he was enjoying his top-of-the-range Porsche until one day his attention was drawn to the 'Rinspeed 969'-930 Turbo. Founded in Switzerland by Frank Rinderknecht in 1979, Rinspeed quickly carved out a reputation for producing dramatic concept cars for the annual Geneva Motor Show. However, in the early eighties, Rinspeed's stock in trade was turning out "outrageously modified cars for the massively wealthy" and he created a whole range of mental 911-based machines of which this, the Rinspeed Porsche 969, was the pinnacle. 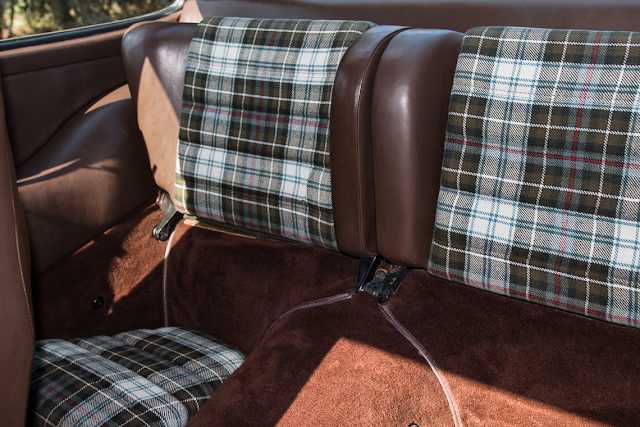 The 969 (later R69) started life as a standard 911 Turbo and Rinderknecht's starting point when he restyled the car was the pop-up headlight units from the Porsche 944. That car's squared-off look was carried through to its logical conclusion: a completely new nose was added along with massive, straked side intakes, an extended rear deck built around the lights, and the rear panel from that 944. Contrary to popular belief, the side strakes were not copied from the Ferrari Testa Rossa as the early Rinspeed cars were being built two years before the Ferrari was unveiled in 1984.
So in early 1983, Mr Aspinall's Turbo was sent over to Rinspeed for a full Rinspeed Turbo Body and wheels conversion, when it was also repainted and finished in the unmistakable Rinspeed Pearl White with colour-coded, ultra wide, Gotti split-rim alloy wheels. Upon completion, the car was used as a show car for the Geneva Motor Show before returning to be used by Bruce right up until his death in 2011. Ownership had been transferred to his company shortly after first registration but the car was used by Bruce alone from new, however, after his passing, it was re-registered in his wife's name, as on the log book now, so the number of owners showing is three after JCT (Mr Aspinall, his company, and Mrs Aspinall).


The car then sat in his aircraft hanger beside his helicopter for several years until the decision was made to bring it out of storage and have it recommissioned. This was carried out by JCT at a cost of over £11,000, including all new fuel lines and fuel tank, new fuel pumps, engine studs replaced, turbo reconditioned, new brakes and lines etc. A Patrick Motorsport upgraded exhaust was also fitted at this time. Subsequently, they have just replaced the cam chain tensioners, fitted a new upgraded oil fed system and the engine has been fully checked and all cosmetics enhanced.
The Rinspeed is fresh from a first-class respray in Rinspeed Pearl White, however, the interior was immaculate in its original check-cloth trim so was left undisturbed. The mileage is 69,000 substantiated by the many invoices for servicing and maintenance.
This is a very rare 'time-warp' car from one family ownership, with a full Porsche history, and in superb condition. Its looks are certainly distinctive (two years before the Testa Rossa appeared) but it was a wild child of the eighties when 'auto-indulgence' (in fact indulgence in most things) was the norm. It's a very usable, completely refreshed, Porsche Turbo in a 'party-frock' and, as such, is an important part of social history. 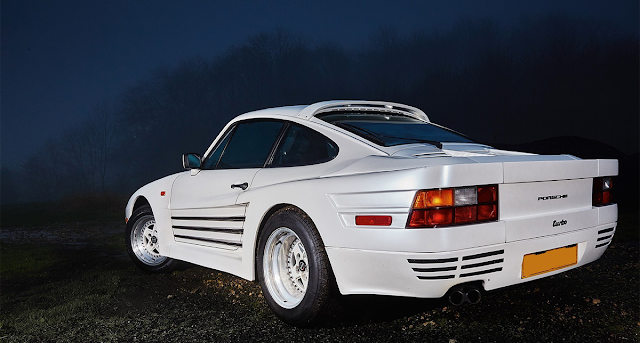 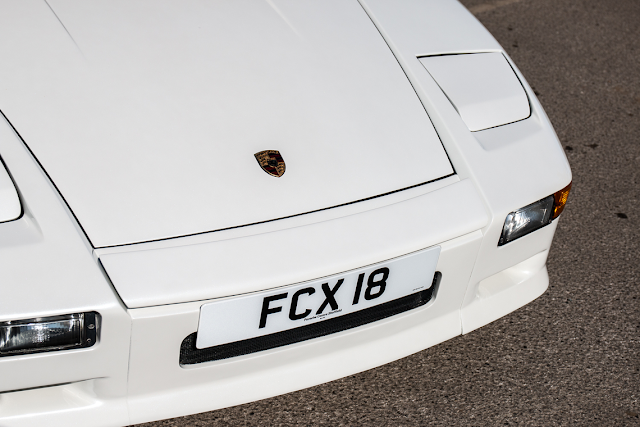