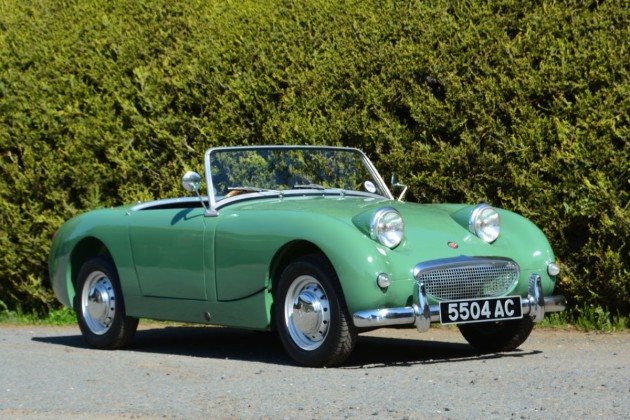 Designed by Donald Healey in partnership with BMC, the MkI Sprite was launched in 1958 and proved such a hit that it spawned a whole new generation of factory-built back-to-basics sportscars, killing at a stroke the home-build scene which had hitherto seen the drives of the nation littered with old wrecks which impecunious owners attacked at the weekends in the dream of turning a clapped out Ford 10 into a Jaguar-baiting sportscar.
Based around humble A35 underpinnings, it inspired huge public affection due to its lively road manners and cute 'Frogeye' styling – a happy accident that only came about because the pop-up headlights that the car was designed for proved too costly to mass produce and were changed at the last minute to the fixed pods that so define the car today.
Supplied new by Sam Robbins Ltd of Rugby in March 1959, this stunning Leaf Green Frogeye has had just four owners since and has been in the current father/son ownership since 1976. About 30 years ago it was treated to a total nut-and-bolt rebuild and fitted with a stainless steel exhaust, since when it has covered fewer than 3,000 miles.
A detailed engineer’s inspection from 1991 gives the car a glowing report, stating that “a very extensive and professional restoration has been undertaken” and that the car “can only be described as being in ‘as new’ condition” and “should have a value in the order of £15,000 to £16,000” – a considerable sum at the time.
Ten old MOTs show light use from 1991 to 2003 at which point the car was tucked away in a dry garage where it remained until earlier this year. Recently exhumed and recommissioned with a new water pump, fan belt and a thorough service, it remains in sparkling condition throughout and is as good underneath as it is up top (see photos on our website).
Running beautifully as we moved it around for these photos, it comes with a hood, sidescreens and tonneau cover; restoration invoices and photos; a copy of the original purchase order; a letter from the long-term owner stating that the indicated mileage of 70,513 is believed genuine; the aforementioned engineer’s report and 10 old MOTs; a Heritage Certificate and is due to have a fresh MOT in time for the sale. Still on its original 5504 AC number plate, it will bring cheer to the streetscape wherever it goes. 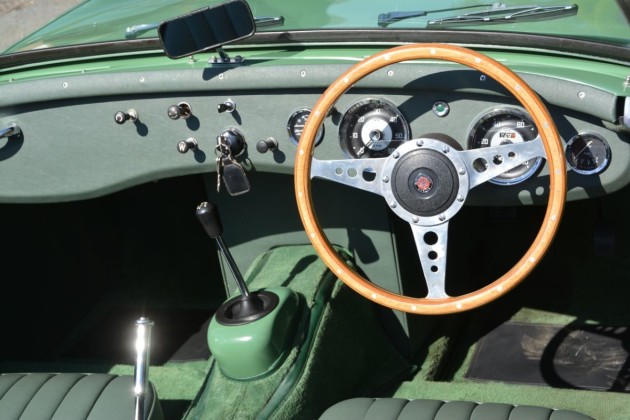 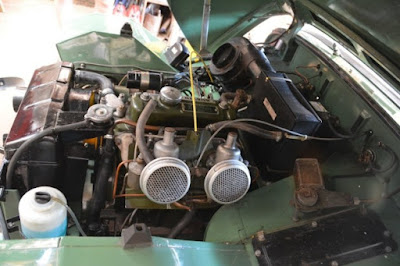