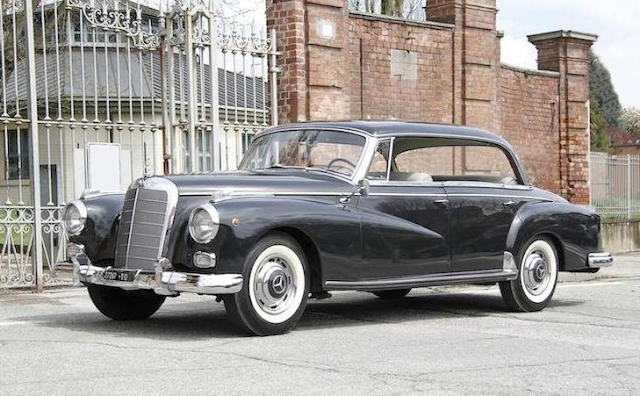 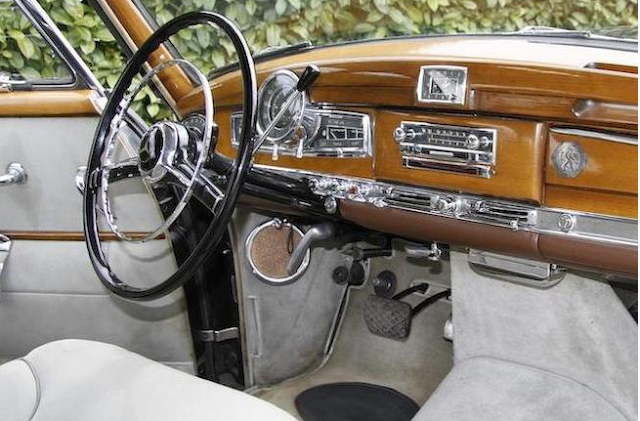 One of Mercedes-Benz's first all-new designs of the post-war era, the 300 saloon debuted in 1951 and would succeed in re-establishing the Stuttgart firm in the front ranks of prestige motor manufacturers, marking it it was a return to the brand's tradition of building high-performance luxury automobiles of the finest quality. The 300 featured independent all round suspension, four-wheel drum brakes, hypoid bevel final drive, dynamically balanced wheels and remote electrical control of the rear suspension ride height. Initially developing 115bhp, the 3.0-liter, overhead-camshaft, six-cylinder engine, also used in the 300 SL sports car, gained the latter's fuel injection in the restyled, longer wheelbase (and even more roomier) 300d of 1957. Other improvements included larger brakes (servo-assisted from 1954), optional power steering (on the 300d), and the adoption of three-speed automatic transmission as standard on the latter. 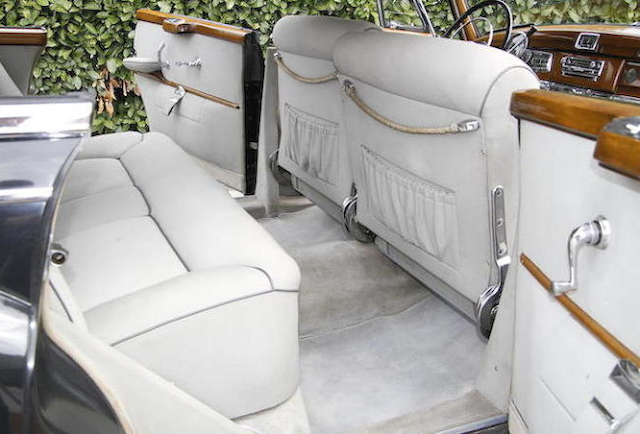 Custom built by Mercedes-Benz's most experienced craftsmen, the 300 was luxuriously appointed and trimmed with high quality materials. Fast and elegant, it was one of the few contemporary vehicles capable of carrying six passengers in comfort at sustained high speeds. It was the choice of West German government officials and was widely favored by businessmen, financiers and politicians. Indeed, 'Adenauer' became its unofficial model name, after German Chancellor Dr Konrad Adenauer, its most famous customer. Between 1957 and 1962 when production ceased, Mercedes-Benz made 3.077 300d saloons, this car being one of 607 completed in 1959.According to the Mercedes-Benz Datenkarte, this 300d with automatic transmission left the factory finished in dark gray with silver-gray corduroy upholstery, the same color combination it has today. The Mercedes was destined for an exhibition in Italy, probably the 1958 Salone del'Automobile in Turin held in November of that year. 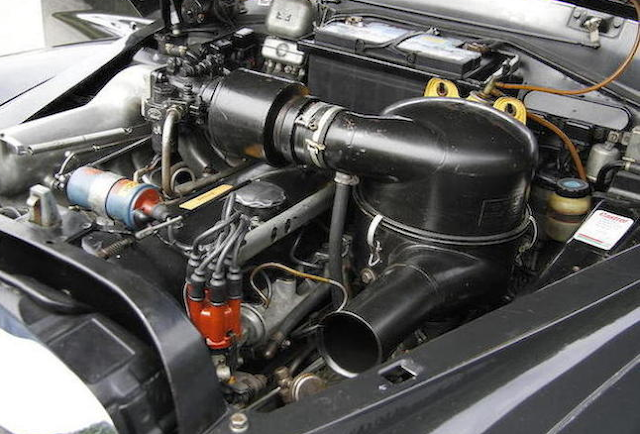 The first registered owner, from 12th December 1958, was Frau Else Gertrude Kiefer, the widow of Massimo Olivetti of the eponymous Italian typewriter, calculator, and (later) computer dynasty. Brother of company CEO, Adriano Olivetti, Massimo was for a brief period, from 1945 to the end of 1946, President of the Olivetti Empire.The Mercedes has just registered in Turin. Well - maintained, the car - according to the vendor - presents in excellent original condition throughout. The odometer reads just under 72,000 kilometers, which may well be the true distance traveled from new. A beautifully preserved 300d Adenauer, with impeccable provenance, the car is offered with its original Italian libretto and a copy of the Mercedes-Benz Datenkarte. An opportunity not to be missed. 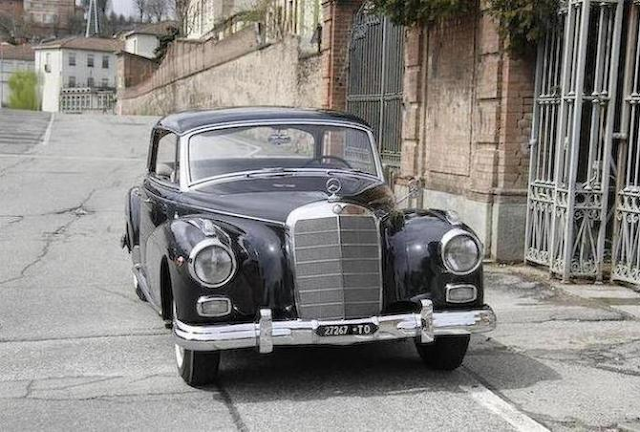