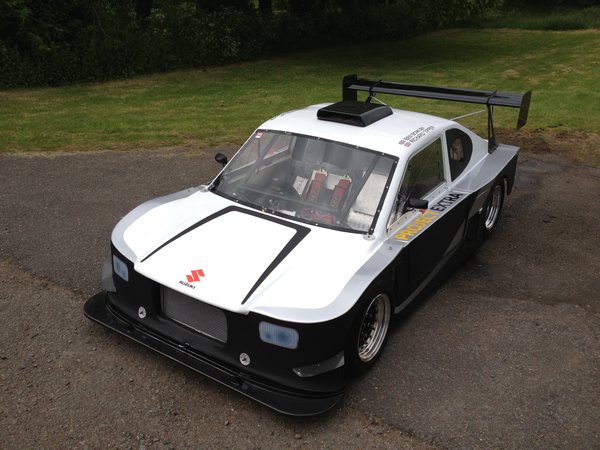 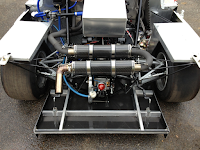 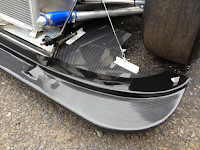 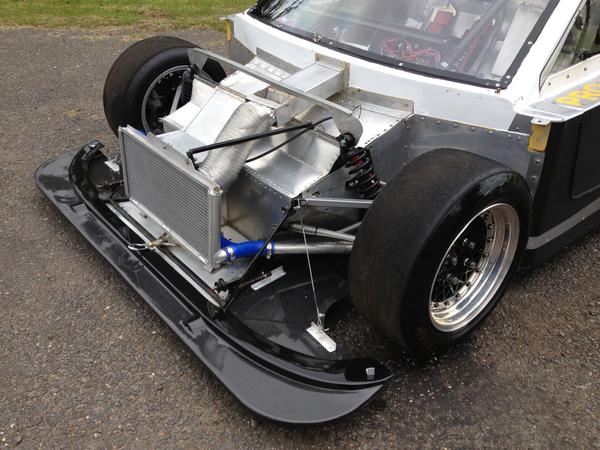 This is the first race car that was designed and built by Ben Bowlby, in 1985/6, which he raced with considerable success in Special Saloons from 1986 on. The car is likely to be eligible for the CSCC Special Saloon and Modsports Series or could be used in speed events, or track days. During the time that Ben was racing and developing the car, Channel 4 did a documentary about Ben titled 'The nuts and bolts of Ben Bowlby' with Ben visiting Frank Durney at Lotus to discuss the car's aerodynamics. This and more are on DVD in the history file. Also, there is a YouTube clip of the car being driven in 2014, search Richard Tipper.
Amongst the design innovations incorporated by Ben were the motorcycle engine, flat floor, diffuser, adjustable front splitter and a ride height levelling system, which was soon banned. Ben went on to climb the motorsport design and engineering ladder, working for Lola and Ganassi and has become particularly well known as the designer and promoter of the Delta Wing Project sports racing car. This sports racer has involved Panoz, Ganassi and Nissan, and the cars have raced extensively in America, as well as at Le Mans.
In the early 1990’s, the SC100 was raced by a number of drivers including Erling Jenson, Paul Brend and Derek Barrett. The car was always regarded as seriously quick for a 1.0-litre car and held the Class 'C' lap record for many years at Castle Combe, as well as being the first 1.0-litre car to lap the Wiltshire circuit in under 60 seconds, an average speed of over 100mph. Throughout the late 1990’s and early 2000’s, the car still made occasional race appearances but its outright pace was being eclipsed by the newer generation of club ‘prototypes' such as Radical and Juno.
In 2010, the car was bought by Richard Tipper. He commissioned Simon Green Motorsport to carry out a full rebuild of the car. The engine was removed and all suspension components stripped down, all rose joints checked over and replaced. The wishbones were media blasted, crack tested and then powder coated. The chassis was stripped back, and all welds crack tested before painting in gloss black. The wheel bearings were replaced as were the driveshafts and UJs. The exhaust system was fully ceramic coated along with new carbon race exhausts. The car has since passed the noise limit restrictions at a Bedford Autodrome track day.
A brand new 1100cc ZZR Kawasaki unit was supplied by Radical, at a cost of £2,160, fitted with their modified sump and oil system. This engine has been run after installation in the car but not on track and it needs running-in.
New front and rear sections of bodywork were made from the original moulds and the old wooden-based front splitter and rear diffuser were re-made in carbon fibre and aluminium. Lastly, carbon fibre infills were made to cover the side pod section, as well as to reduce flex in this area.
The moulds will be passed to the new owner, along with some old and original bodywork, a set of wheels with wet tyres plus some other parts including the original final drive unit made by Ben, which was replaced by a Quaife CD axle unit in 2005 (cost £2,150).
The car was purchased by our vendor at our Silverstone Classic Race Car Sale in July 2016 but other commitments have precluded its use and, due to a change of circumstances, he has decided that someone else should take it on.
Offered without reserve, this car represents a rare opportunity to buy a unique car conceived by a truly innovative designer early in his career development. This amazing little car must be seen to be appreciated and is offered in excellent race prepared condition. Not to be missed! 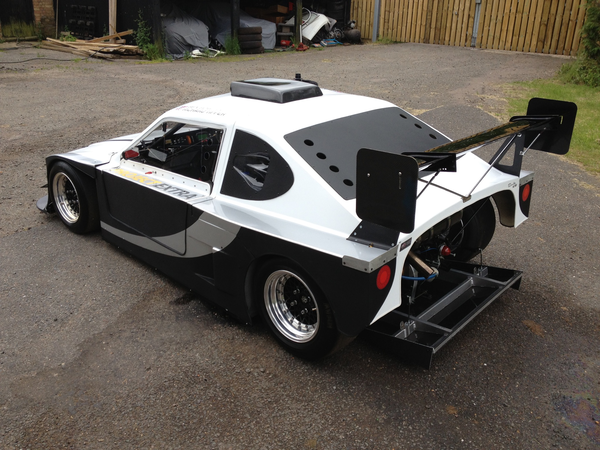 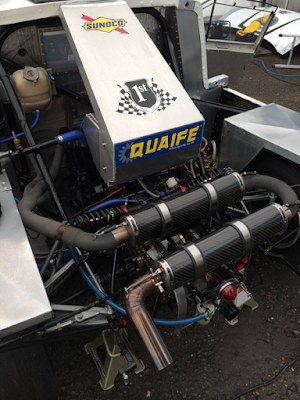