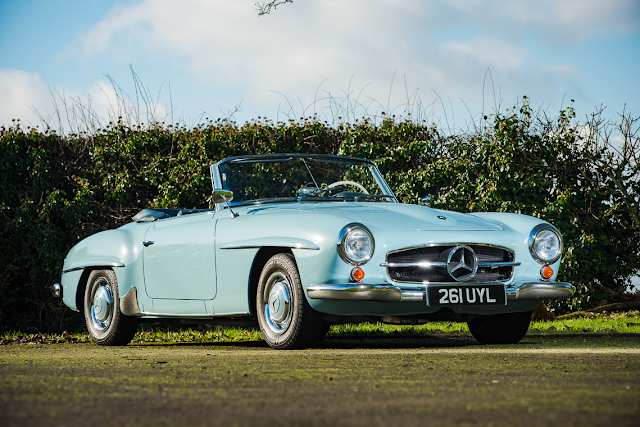 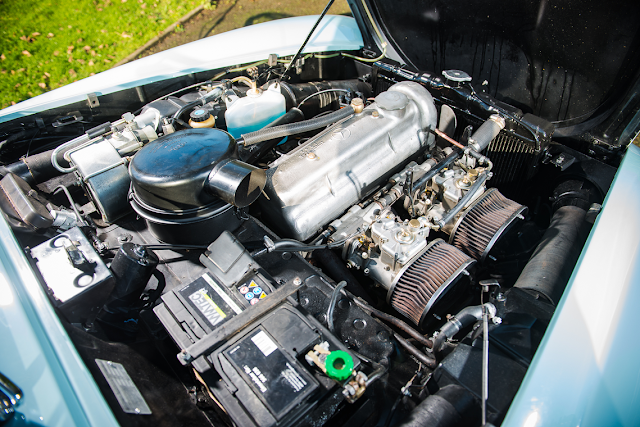 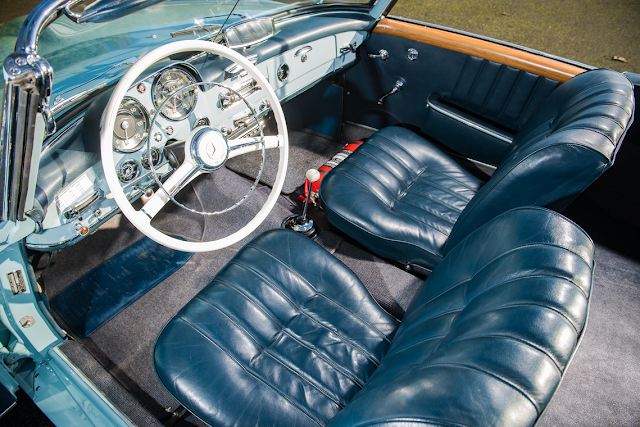 The 190SL, combined superb build quality with understated styling and a, not insignificant, 104bhp from the 1.9-litre, four-stroke engine. An instant hit, the three-pronged star sparkled among the gloom of post-war austerity. The 1955 launch of the 190SL cemented Mercedes-Benz's reputation as the car manufacturer for those who wanted elegance, build quality and a good turn of speed. Unsurprisingly, most of the 26,000 units were sold to the North American market.
This particular left-hand drive 190SL, the 24,001st made, and among the last built, was shipped new from the Mercedes-Benz factory in Stuttgart to the United States on the 1st July 1962. The copy Mercedes-Benz data card enclosed in the extensive history file confirms the car was painted in the special order colour of ‘Horizon'. The accompanying photographs confirm that the gearbox and engine numbers still match the data card, a remarkable feat after fifty-six years. 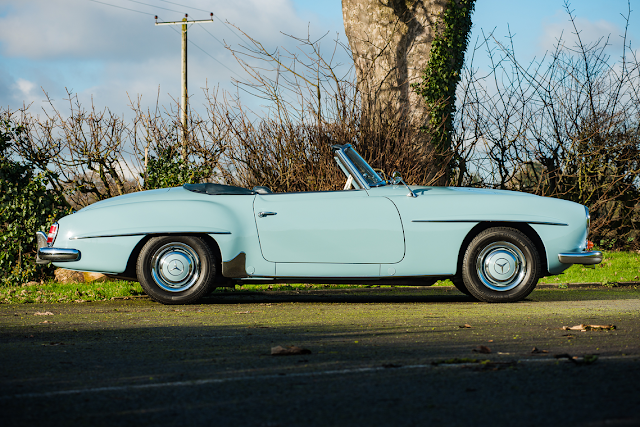 According to the German registration documents, the car was to return to Stuttgart when Herr Walter Fink imported the car into Germany during 1990. The extensive restoration bills on file confirm many thousands of Deutschmarks were spent during the 1990s, with most of the receipts from Mercedes-Benz. Further works were to be carried out by established M-B restorers, Arthur Bechtel Classic Motors, totalling some 25,000EU in 2013.
Sourced for our vendor by well-known specialists, Cheshire Classic Cars' direct from Germany in 2015, this pretty 190 SL joined one of the leading classic car collections in the UK and was stabled next door to its bigger brother, a 300 SL Roadster. The engine, upgraded to Weber carburettors, performs and sounds superbly, with the exhaust offering a throaty burble.
The seats in dark blue leather, fitted with after-market seat belts, beautifully compliment the pale blue coachwork topped by a dark blue mohair hood. To this consignor’s eye, the car presents very well, with just two small tears to the hood noticeable. Destined for fair weather ‘top-down’ cruising these blemishes are therefore largely immaterial and remain hidden beneath the butter soft leather tonneau.
Presented to auction with an extensive history file illustrating its second lease of life in Europe for the past twenty-eight years, the car will be offered with a fresh MOT and its UK V5c.  Silverstone Auctions has an enviable record in selling the very best 190 SLs and we have seen the market strengthen, year by year, for these charismatic sports cars. 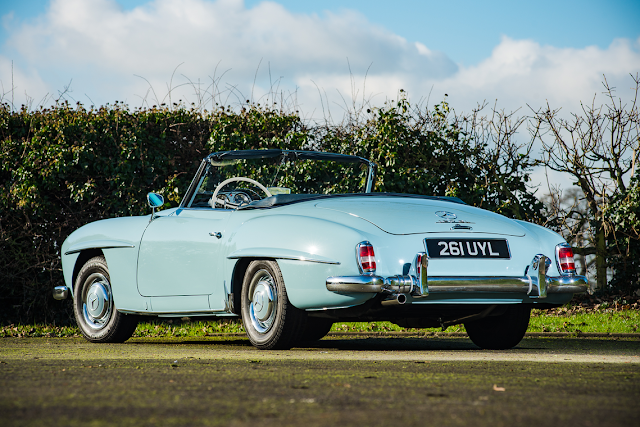