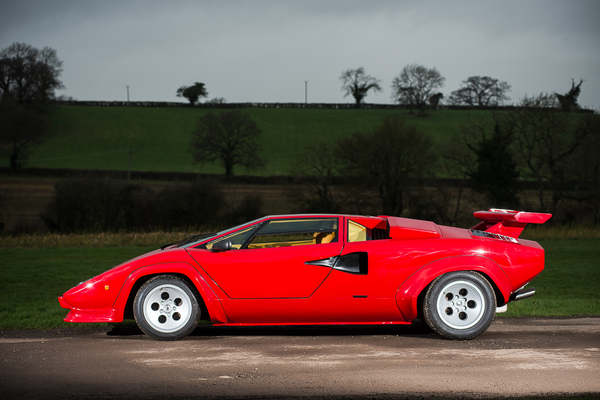 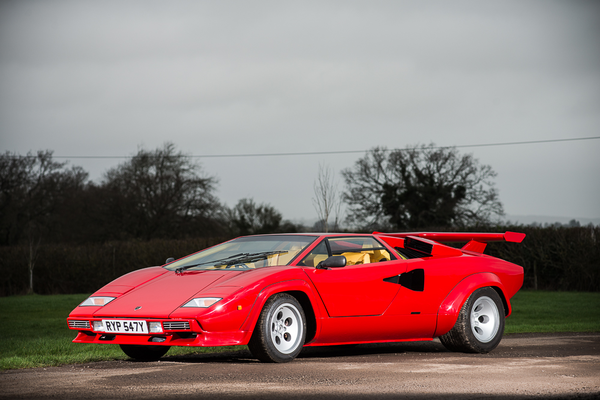 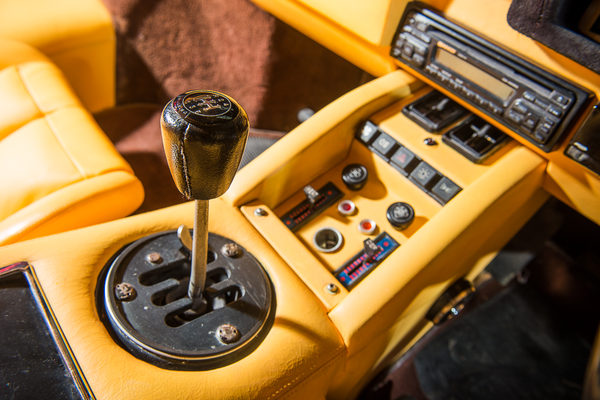 In 1966, Lamborghini defined the 'supercar' with the Miura. An instant icon, the mid-engine high-velocity coupe put the nascent carmaker on the map for their groundbreaking design and performance. The legendary Miura was always going to be a hard act to follow, so the extent to which its successor eclipsed the greatest of 1960s supercars came as something of a shock to all. The sensation of the 1971 Geneva Salon was the Countach, which like its predecessor, was styled by Bertone's Marcello Gandini. Drawing from his revolutionary Lancia Stratos Zero concept from the year before, Gandini designed the Countach as an angular wedge with crisp lines and dramatic angles. The production version would not be seen for another two years, with deliveries commencing in 1974.
Lamborghini employed the Miura's fantastic four-cam V12 engine for the Countach, mounted longitudinally behind the cabin. To achieve optimum weight distribution, designer Paolo Stanzani placed the five-speed gearbox ahead of the engine between the seats, and the differential – driven by a shaft passing through the sump – at the rear. The result was a delightful gear change and a better-balanced car than the Miura. When production began in 1974, the Countach sported an improved spaceframe chassis and the standard 4.0-liter, instead of the prototype's 5.0-liter, engine. Even with the smaller engine producing 'only' 370bhp, the lightweight Countach could attain 170mph and, as one would expect, offered incredible road holding and manoeuvrability.
The first upgrades appeared in 1978 as the 'LP400S', with the addition of flared wheel arches to accommodate massive 345mm rear tires for increased grip and stability. A large rear aerofoil became available that further accentuated the outrageous styling of the Countach and was, unsurprisingly, the choice of most customers.
The Countach's potentially largest market - the USA - remained closed to it until the arrival of the 'emissions friendly' LP500S in 1982. Although no more powerful than before, the newcomer's 4,754cc engine brought with it a useful increase in torque. The final development saw the engine enlarged to 5,167cc and new 'four-valves-per-cylinder' heads adopted for the Countach Quattrovalvole in 1985, the latter's 300km/h (186mph) top speed making it, at the time, the world's fastest car. 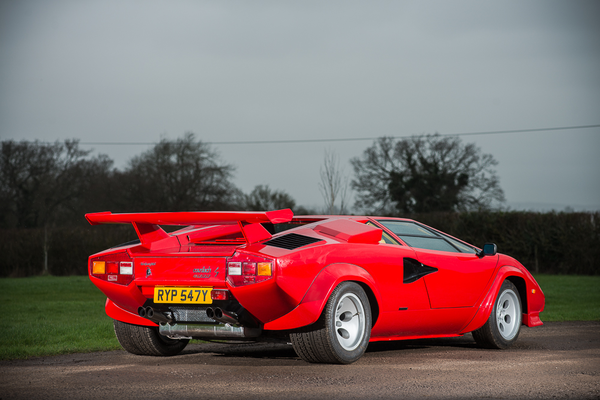 This is a rare, right-hand drive, UK-delivered LP500S, only 25 of which were made. Chassis number '12550' was tested by 'Car' magazine whilst it was owned by racing driver, demolition contractor, Lamborghini aficionado, and colourful character, Barry Robinson, and carried the registration 'BR 33'. A copy of the article, which appeared in Car's April 1984 edition, is with the car. The Lamborghini's first owner, Robinson had the engine blueprinted and its output was estimated by the factory at around 425bhp, some 50 horsepower more than standard. On the 15th of October, 1983, Barry Robinson and his co-driver, the articulate and urbane, Alex Postan set a series of twelve British speed and endurance records for 'Production Cars' with this Countach, lapping Vauxhall's Millbrook test track at 180mph for extended periods.
This car was acquired by its present keeper in mid-2014 and we understand that it had been in storage for the previous 10 years. There are some invoices in the file from that period.
Since his purchase in July 2014, our vendor has invested heavily returning this Lamborghini to the glorious condition in which you find it today. There are a number of invoices relating to remedying minor mechanical ailments, new door glass and windscreen, tyres, battery etc. and in June 2016 the car was treated to a glass-out /trim-out respray. All these detailed invoices are in the car's history file, along with its fresh MOT Certificate, magazine articles, manuals, service records, and information about the RAC Speed Records.
This fabulous LP500S has a lot going for it; it is one of only 25 or possibly fewer, it's in stunning condition having been spared no expense during the last three years, and it was the holder of 12 British Outright Speed records in 1983. A unique opportunity. 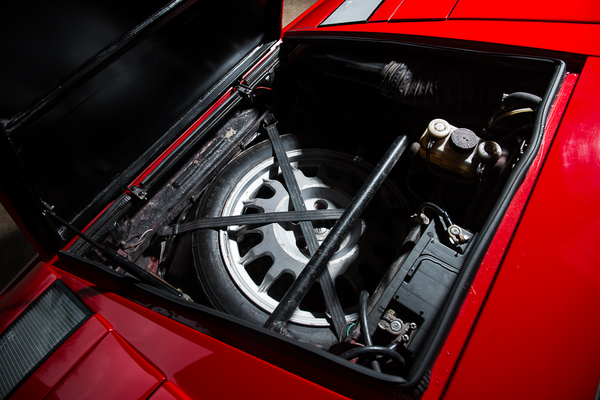 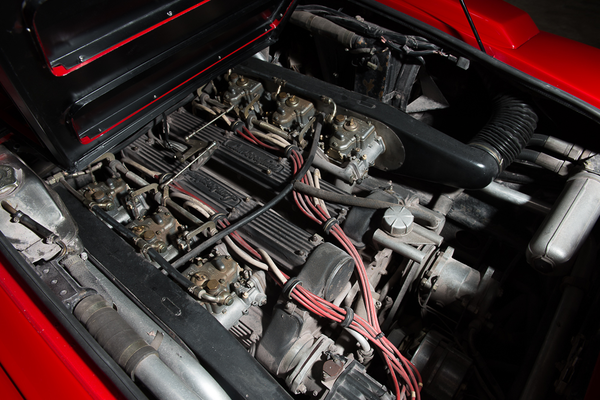 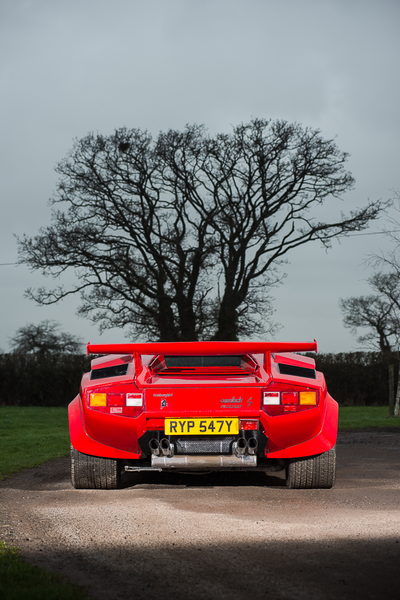