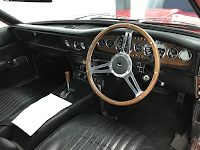 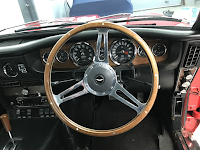 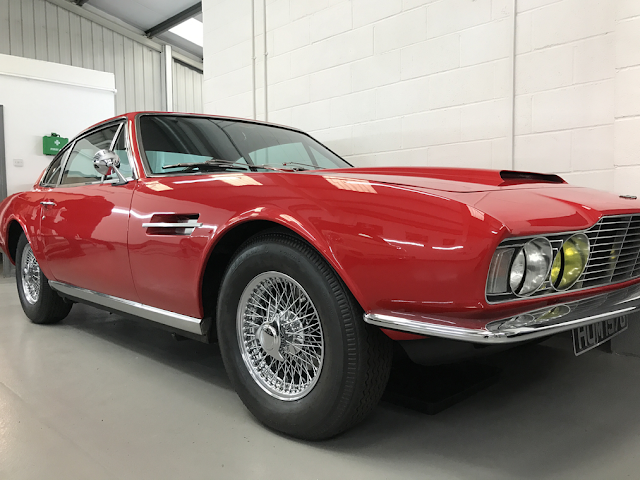 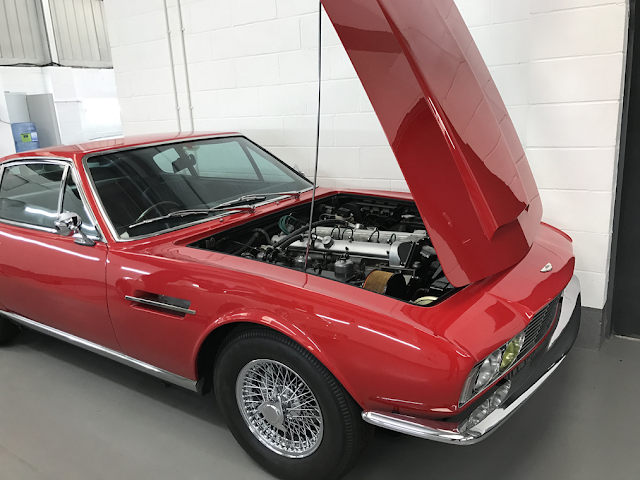 The DBS’s classic credentials are impeccable: it’s a 100 percent thoroughbred Aston, from its hand-formed aluminium bodywork to its 4-litre Tadek Marek straight-six; it was handbuilt at Newport Pagnell by the same chaps who built DBs 4, 5 and 6; and it's as rare as any of them. There’s not quite unanimity about the exact number, but the total built was only around 800 in a production run that began in September 1967 and lasted until April 1972.
One thing the DBS didn’t do was replace the DB6, even if that was David Brown’s original intention; the two were produced in parallel until the last DB6 rolled out of the Works in January 1971. So think of the DBS as the smoother-riding, more spacious, more cosseting, grown-up alter ego to the DB6. It certainly had more than one eye on the American market, with its wider track, muscle-car stance and the options of power steering, air-conditioning, and an automatic gearbox. But to view it as a boulevard cruiser is to sell it very short.
Under the skin, DBS and DB6 are extremely closely related, though you’d never guess at a glance. Englishman William Towns’ design was starkly different to the Touring-bodied DBs. In fact, visually, the only things carried over were the signature air vents in the front wings, while the front aspect included a modern take on what had become the traditional Aston grille, much shallower and squarer-edged than before and further distinguished by four, equal-sized quartz-halogen headlamps. 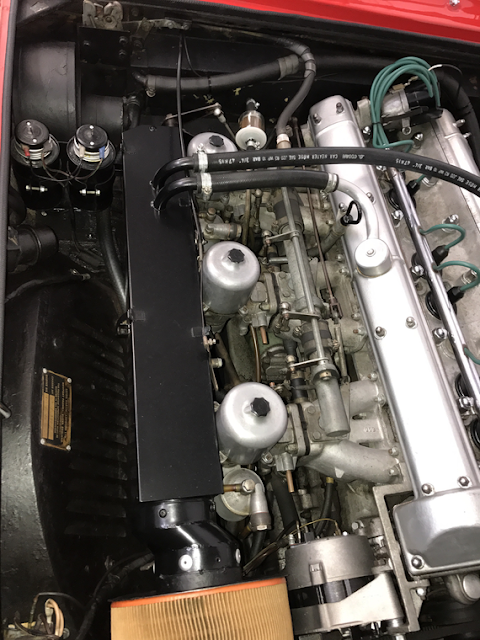 This 1969 six cylinder DBS is one of only 317 right-hand drive automatic gearbox cars produced in total. Initially finished in blue, it is now resplendent in a coat of Gladiator Red. The car was treated to a light restoration some four years ago and presents very well, with straight panels and good shut lines. The paintwork is excellent and has been cut and detailed by Ultimate Finish of Brands Hatch where the car has been kept in climate controlled storage. The original chrome wire wheels have been rebuilt and look fresh out of the box, with new period correct tyres and the rest of the chrome looks equally good.
During the winter of 2016, the car had a full mechanical overhaul at Pugsley and Lewis in Brixton costing over £16,000. Martin Pugsley and Tim Lewis are both ex-RS Williams and have been responsible for rebuilding some of the marques rarest and most prestigious cars. The engine and gearbox were removed with all gaskets and seals replaced, along with an engine flush and fresh hoses etc.  The auto gearbox was stripped checked and rebuilt. The car was also rewired and fitted with a new sound system. There is a very detailed invoice covering all this work.
The black leather interior is lightly patinated and beautifully soft without any damage or marks, the dash and headlining are both good and, unusually, the car benefits from rear seat belts. The underside of the car appears solid and original and the engine bay is particularly tidy. The odometer indicates just over 56,000 miles which our vendor believes to be accurate but we cannot warrant.
This is a great example of a long undervalued Aston and is accompanied by its original book pack, the V5c, a number of old MOTs, and some relevant invoices from Pugsley and Lewis and MB Automobiles.

There are, naturally, advocates of the V8 but the car works beautifully with the straight-six. There's so much character and that very English drawl as the six digs in and pulls hard is the perfect soundtrack for a very English car. 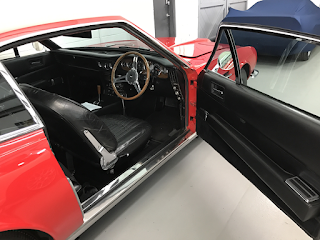 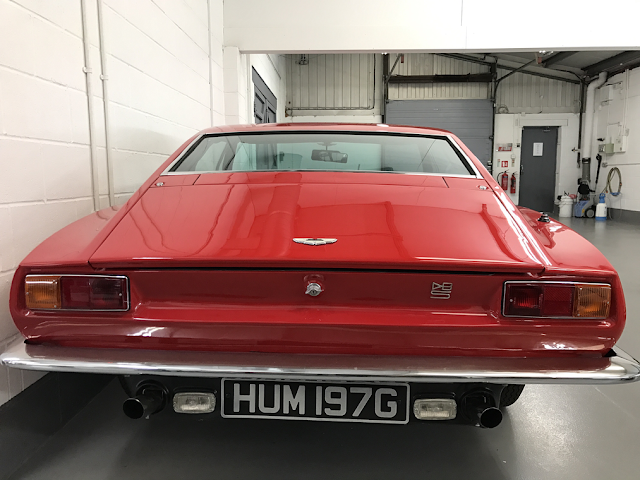