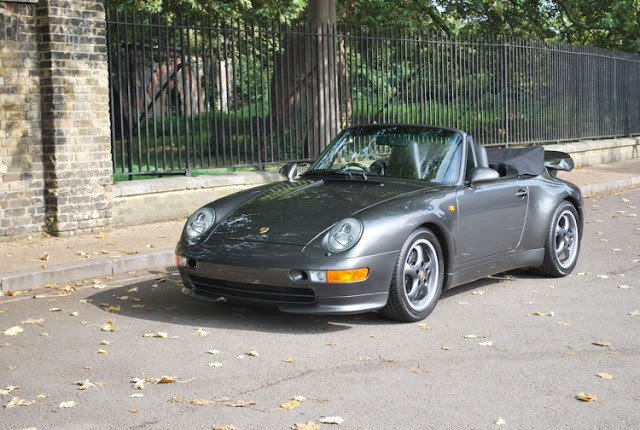 THE ONLY RIGHT-HAND DRIVE SPECIFICATION EXAMPLE IN EXISTENCE - 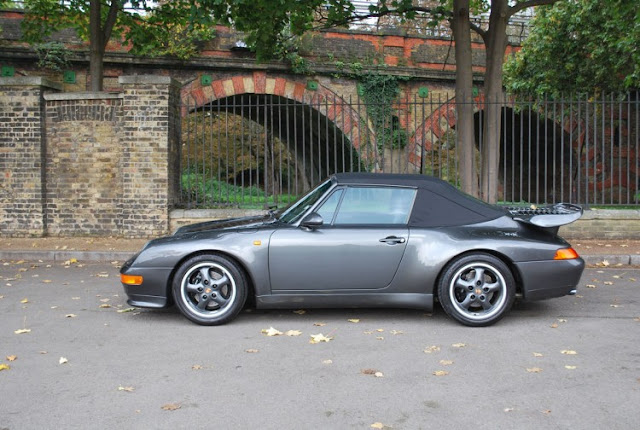 By 1995 big things were happening at Porsche. The vital Boxster was just around the corner, and the 964-replacing 993 had garnered praise from the media and owners alike. Porsche’s investment in pressing ahead with one last air-cooled 911 was paying off, the essence of which was distilled with the launch of the now legendary 993 Turbo.
With this incredible road car, Porsche took the 911 Turbo concept into a whole new space. All-weather ability met ferocious power, and with the latest electronics and looks not wholly dissimilar, the son of the 959 set a class-leading theme that holds constant today.
Since 1989 there had been no production cabriolet versions of the Turbo. Porsche, in fact, turned in the opposite direction and broadened the Turbo brand by wheeling out of Weissach the formidable GT2; surely the ultimate expression of the angry road-going 911. Track success duly followed for this homologation special, but for those that wanted the unquestionable power advantage of a turbocharged flat-six within the friendlier environment of a convertible, there was no alternative on offer.
Step forward one Herr Fritz Haberl, owner of the significant MAHHAG southern German chain of dealerships based in Munich, which happened to include a Porsche franchise. He was convinced there was a market for a 993 Turbo Cabriolet model and approached Porsche with the idea. The company representatives retreated to Stuttgart, and things went rather quiet. Just when Haberl thought he had reached a dead end with the idea, Porsche came back with a response. If Haberl could find 12 buyers up front, Porsche would build the cars. These were set to be one of the most exclusive models Porsche has ever built and hid much of their performance potential under a subtle and stylish cabriolet exterior. 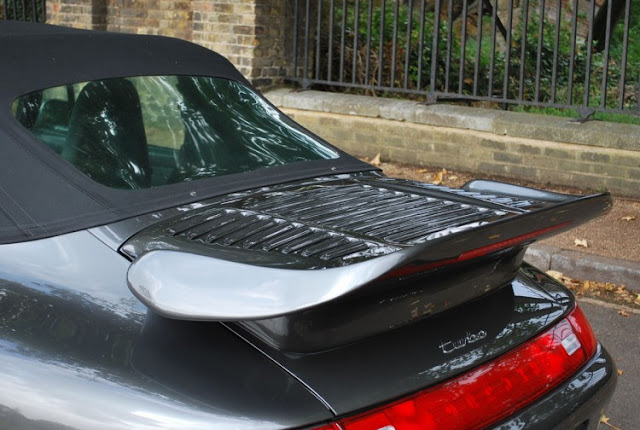 Porsches eventually built just 14 of these cars with the chassis number sequence 8501-8514; the car on offer today being chassis number 8513. Haberl reportedly sold six cars to Germany, with the rest going to clients throughout the world. Chassis #8513, finished in Right Hand Drive specification, found its way to none other than the Sultan of Brunei, where it was registered to his collection in May 1995.
Retailing at $176,000 dollars, these Exclusive cars were fitted with amongst other unique features 17-inch cup alloy wheels, electrically operated Komfort seats, a Porsche Exclusive rear spoiler, air conditioning and a special four-brand exhaust system. The Porsche certificate of Authenticity for #8513 extends to two pages in order to cover the many options fitted.
Showing a shade over 9,000 kilometres recorded from new, this unique 993 Turbo Cabriolet has been part of a significant European collection since 2009. Offered with UK registration and a current UK MoT certificate, this wonderful low mileage example offers exhilarating performance and the chance to join a tremendously exclusive club. 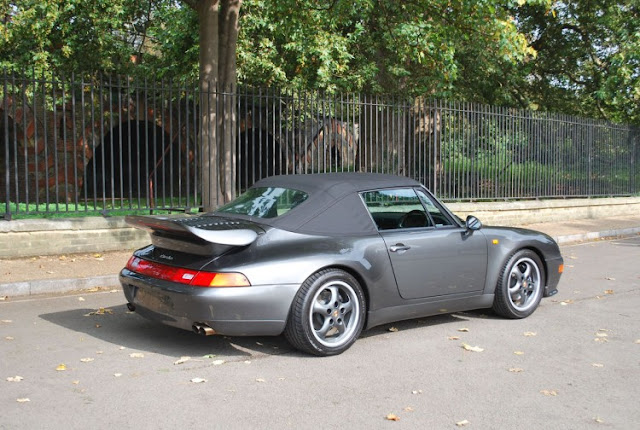