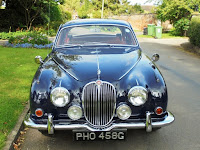 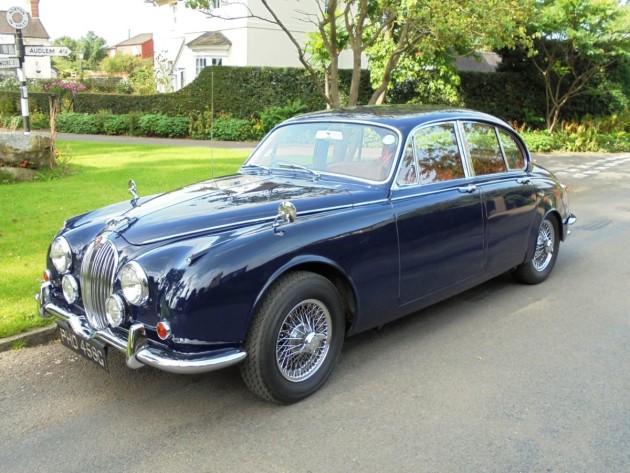 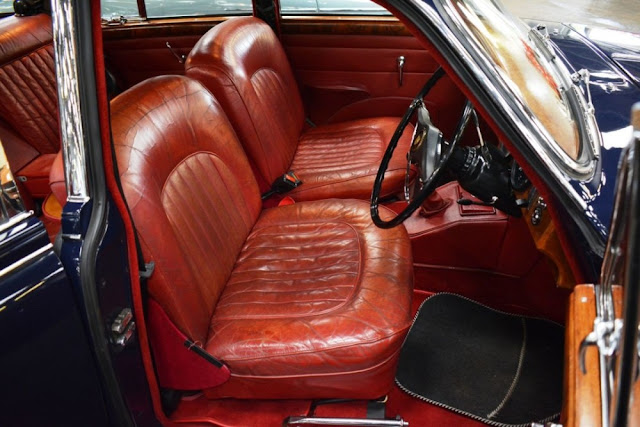 One of the greatest saloon cars of all time, the compact Jaguar MkII was launched to huge acclaim in 1959.
The top-of-the-range 3.8-litre model had a stunning performance from its 220bhp straight-six engine and could embarrass most sports cars of the day, leaving them trailing in its 125mph wake. Keeping everything under control were servo-assisted disc brakes all round, coil-and-wishbone independent front suspension and a leaf-sprung Salisbury rear axle with optional limited slip diff. Inside was beautifully trimmed in walnut and leather in the finest Jaguar tradition.
A huge success on road and track, the MkII was quick to dominate contemporary saloon car racing in the hands of drivers like Stirling Moss and Roy Salvadori. The entry-level model was the 2.4-litre which was virtually identical in every way to the 3.8 apart from the smaller engine. 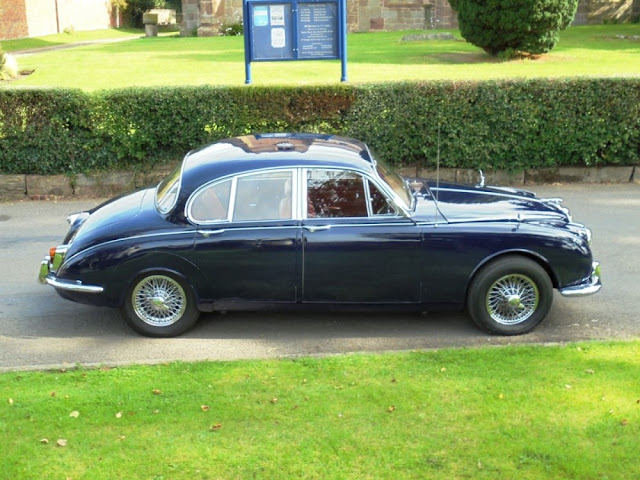 Although the 2.4 is often unkindly thought of as being a trifle underpowered, in reality, it performed well for the period being capable of a genuine 100mph and was only shown up against its brawnier 3.4 and 3.8 siblings – although some would argue that the lighter engine gave it better handling. 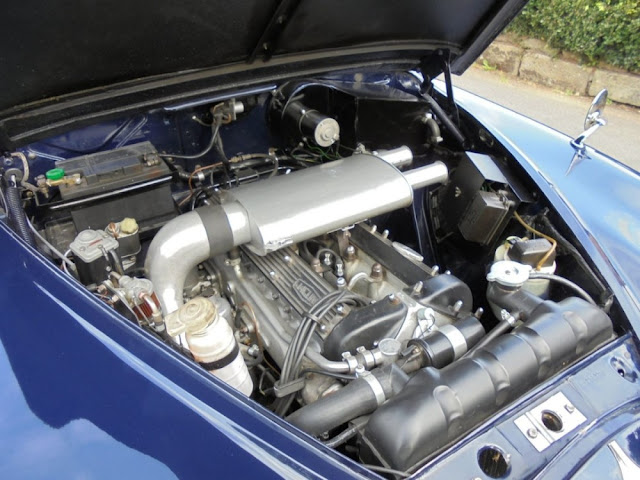 First registered in January 1969, this dark blue example is a late 240 model which had slimline bumpers and an Ambla, rather than leather, interior in order to cut costs (although this particular car actually has leather seats). Making up for these economies was a new straight port head, new inlet manifold and new HS6 SU carbs which raised the power of the 2.4-litre engine from 120bhp to 133bhp with more torque to boot.
As you can see the car is in very smart condition throughout following a major refurbishment in 2013 which included a full body restoration, rebuilt engine and overdrive gearbox, plus much other work detailed in many invoices and photos on file. Since the restoration was completed it has covered less than 5,000 miles and is said to drive as well as it looks.
Due to have a fresh MOT in time for the sale, it comes with a large history file and looks great value at the sensible guide price suggested. 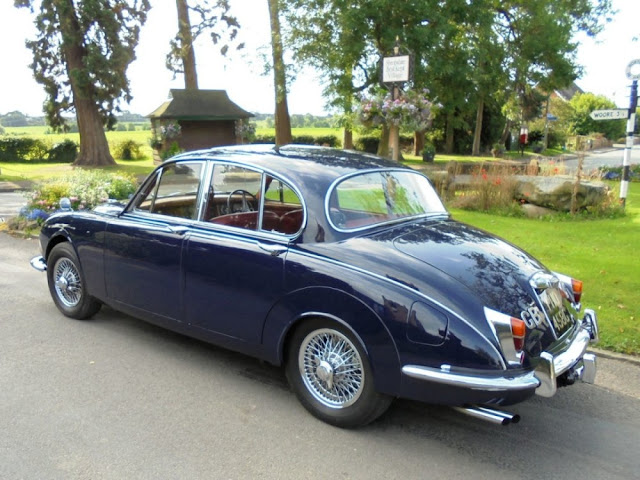