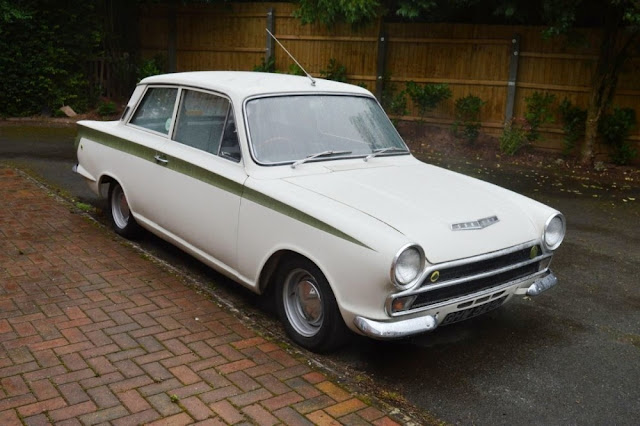 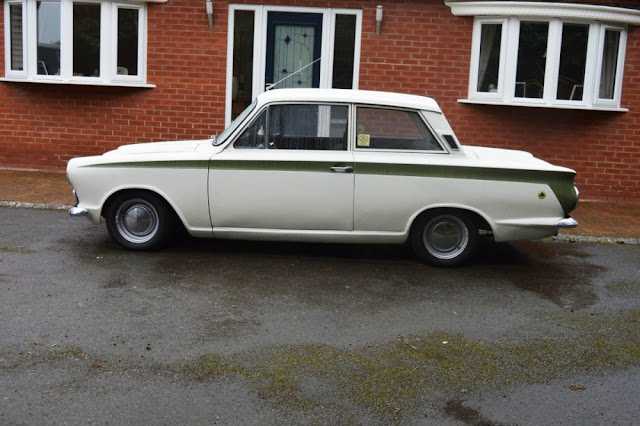 It is little wonder that in 1964 Ford decided to capitalise on the success that they had experienced on the track with the Cortina GT.
Always a car with predictable and benign handling, even on a standard model, the Cortina was the perfect basis for Ford to go racing and they certainly made the most of it. Thus, the GT made way for the Lotus Ford Cortina, a more powerful twin-cam version of the GT with modified rear suspension.
John Bolster was clearly impressed, and compared it very favourably to the older GT model: “For really going places on the open road, the Lotus model, with its fierce acceleration and its speed of well over 100mph, is incomparably the better car and is made to be exploited by the press-on driver”. Prophetic words as the Lotus Cortina was to dominate, and still does, in historic touring car racing and rallying all over the world.
It was originally fitted with a 1,588cc twin-cam engine producing 105bhp at 5,500rpm breathing through a pair of twin-choke Weber DCOE 45 carburettors. The engine was red-lined at 6,500rpm which, with standard gearing, was all needed to reach the maximum speed of 107mph. Based around a standard two-door saloon body, strengthened at the rear, it was fitted with aluminium doors, bonnet and boot lid to counteract the extra weight of the new engine. At the time of launch, a new one was yours for £1,100 including Purchase Tax and of course it was an instant hit. 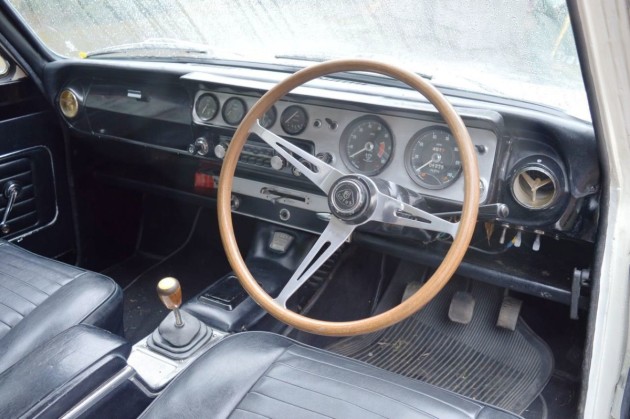 In 1965 Ford submitted a homologation amendment for what was to become known as the Airflow model. These are distinguishable by a new grille, new facia panel with air vents (hence the term Airflow), an air vent on the rear quarter panel and a simpler more robust semi-elliptic rear spring set up.
This 1966 example comes with plenty of history. Its buff logbook and copy old-style logbook show a fair few owners as is typical of the breed. It was purchased by a gentleman in Sheffield in 1986 and sold to a friend in 1996 who has owned it until just recently.
The engine was overhauled in the spring of 1987, with +020” pistons, new Deves rings, a reground crank and new bearings, fresh big end bolts and a high-pressure oil pump and it is thought to have led an easy life since then.
Invoices show a significant body restoration in 1990, which included a number of new panels and further work which included a new rear valance and right-hand rear lower corner leading to a professional respray in 2008. 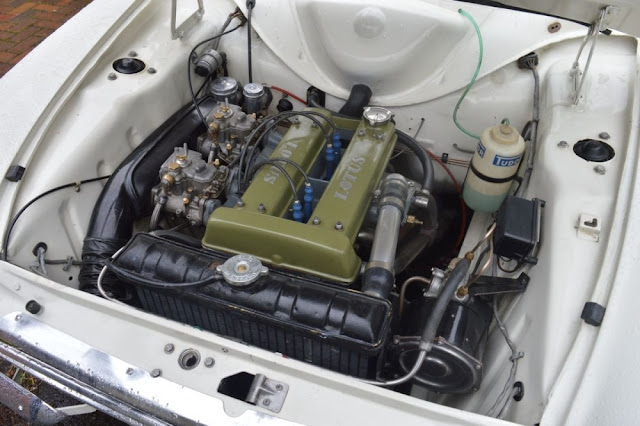 Other bills list an overhauled steering box, a new dashboard and anti-roll bar bushes and it had a new speedometer in 1998 so the overall mileage is unknown.
It is MOTd until June 2018 which shows no advisories, has 23 old MOTs and its original Cortina handbook plus rare Lotus Cortina supplement on file.
Highly collectable, this well-sorted and readily usable Lotus Cortina looks good value at the suggested guide price and is only on offer because the disappointed vendor can’t get comfortable behind the wheel due to an injury sustained a number of years ago. Bid vigorously now and his loss could be your gain... 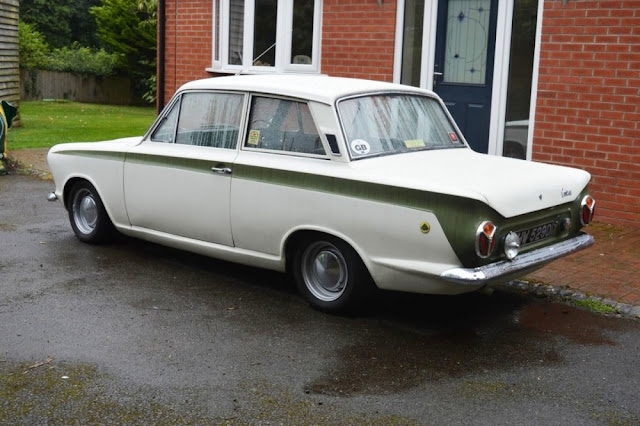