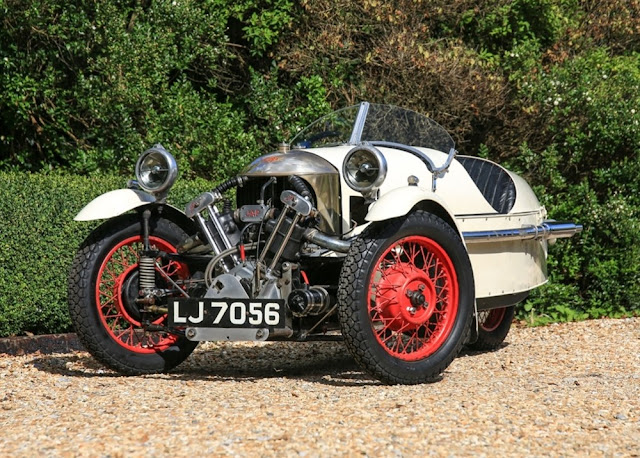 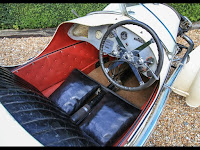 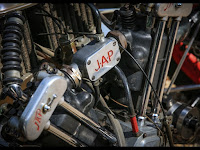 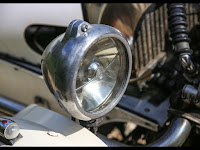 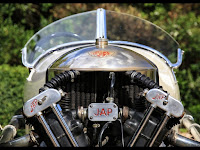 According to factory records, this Morgan Super Sports was dispatched from the factory on 3rd February 1933 with a JAP engine and sold to the Bournemouth Motor Cycle Company. It subsequently passed onto the previous owner, a Stephan Eggleston, who purchased the car from an owner in Bournemouth with the view to undertaking a rebuild.  It was stripped down and parts placed in tea chests.  In 1957, the 1100cc JAP V twin engine was sent to J.A. Prestwich Industries Ltd for a complete rebuild and service. Since that time the engine has only run for 300 miles to the present day. Mr Eggleston’s intention was to use the Morgan on hill climbs but decided that a Dellow was far more suited and put the car, in bits, up for sale.  The current owner’s father, an engineer, wanted his son to follow in his footsteps, rather than going into medicine and gave him the Morgan 59 years ago with the view to getting it on the road and to develop a taste for engineering.  He was 14 years-old at the time. 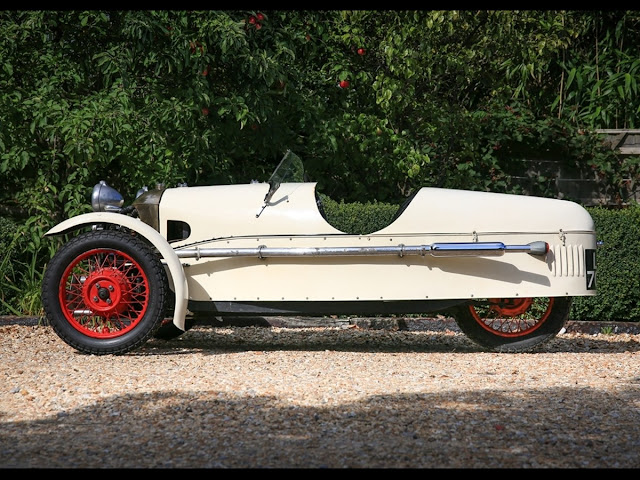 For the following nine years, Dr Gordon-Pullar commenced a long campaign of renovation with assistance. Unfortunately, the original logbook had been lost so Mr Eggleston applied for a replacement, which was issued to him in 1963 despite Dr. Gordon-Pullar having owned the car since 1958. When the family moved house, the chassis and body were hoisted through the window of the attic, which allowed work to continue in the evenings. The chassis was sandblasted, rubbed back to bare metal and coated with the best quality paints; the bodywork was ground back to bare metal and primed and hand painted. The same paintwork is still sound and unblemished. The ash wooden frame was sanded back to the wood, treated, primed and painted. The gearbox was stripped down and then polished on reassembly and new front and rear springs fitted.  The fuel tank was taken back to the bare metal and painted, as was all metal parts.  The entire wiring system was replaced and CAV solid cast alloy headlamps fitted in place of the originals, which were ineffective.  New mudguards were supplied by the Morgan factory to replace those which were badly corroded.  The Morgan factory also supplied new exhaust pipes and Burgess silencers together with securing blocks and brackets. The interior was covered with a red vinyl material to match the colour of the wheels. The steering gear and controls, stress bars, engine fastening nuts and washers, as well as the brake handle and gear shift were new and supplied by Morgan and were then diamond-hard chromed and have been rust and stain free to this present day. 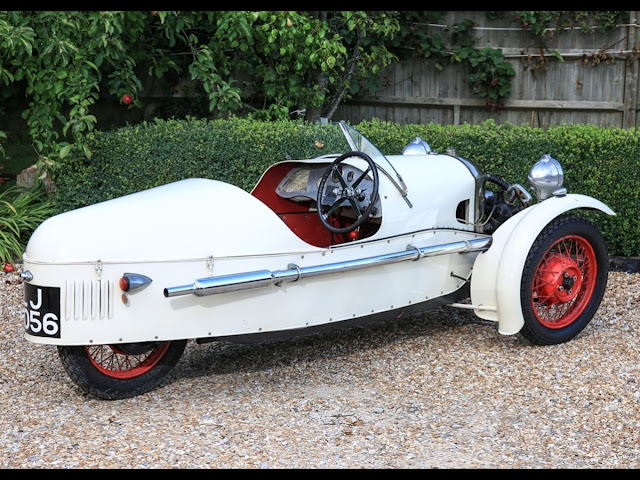 With the assistance of the bemused neighbours, the parts were lowered from the attic and into the garage where they were assembled.  The exposed parts were undersealed and with the help of members of the Morgan Three Wheeler Club, she was started up, tuned and ran on the road - the first time since the mid-1950s. Unfortunately, the owner had to leave home to study engineering at Toulouse University in 1963.  However, his father was good friends with Bunty Scott-Moncrieff and Lord Montagu who kindly offered to store her, as an exhibit, at the then Montagu Motor Museum in Beaulieu (now The National Motor Museum).  She was housed there between April 1963 to April 1978 and as such has featured in many publications over the years including The Montague Motor Museum and Bentley Motor Museum catalogues as well as The Encyclopaedia of the Motorcar; published by Octopus in 1979 with a ¾ page colour photograph, The Complete Encyclopaedia of Motorcars, published by Ebury Press in 1969 with a ½ colour page entry and British Cars of the Early Thirties, published by Frederik Warne in 1979 with a full back cover in colour.
On returning from studying and working overseas, the vendor collected the Morgan from the Museum and enjoyed short runs around the Surrey countryside before he joined the World Bank and United Nations overseas.  It was then brought by trailer to the Bentley Wildfowl and Motor Museum in Halland, East Sussex where it was exhibited from April 1982 to August 2004. With the vendor having built an eight-car garage, the Morgan was brought back from the Museum on a trailer where she has been nurtured in the good company of the other cars in his collection. In the last seven years, the car has been laid up but has recently undergone re-commissioning by specialist Bob Thredder Engineering, himself a Morgan enthusiast who in the past has owned several historic Morgans. LJ 7056 is now running as one would expect and fitted with a new 6-volt battery. The 1100cc JAP engine breathes through an Amal carburettor with power fed through a three-speed gearbox with reverse.
Finished in Ivory white with contrasting red wheels with black seats and red trim, the car shows a delightful patina throughout. The dash, with its charming dials, also boasts a plaque from Beaulieu Motor Museum confirming its residency and twin Burgess exhausts mounted on the flanks. In long-term ownership for some 59 years and with wonderful provenance and patina, this is one of the finest super sports on the market today 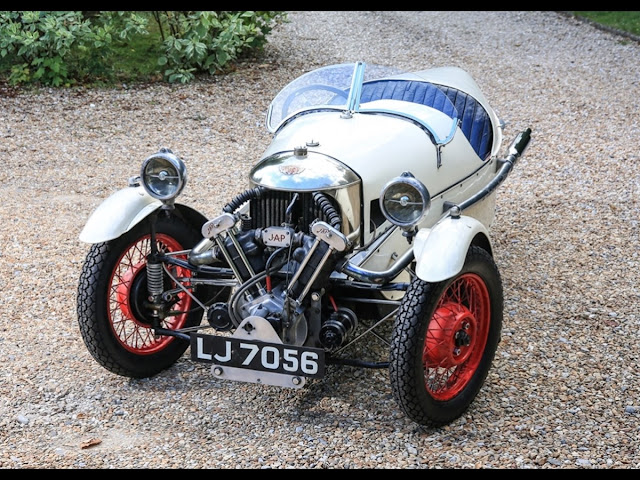