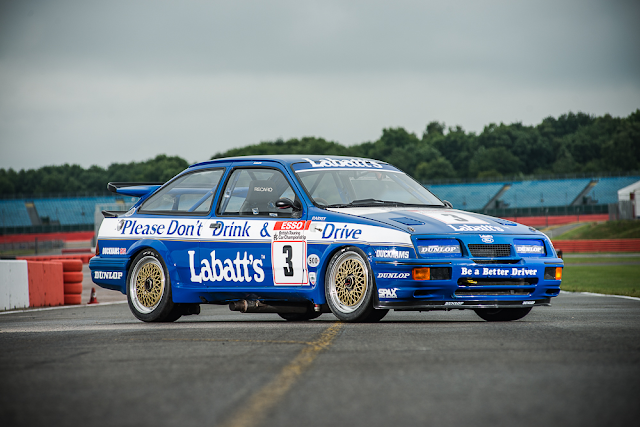 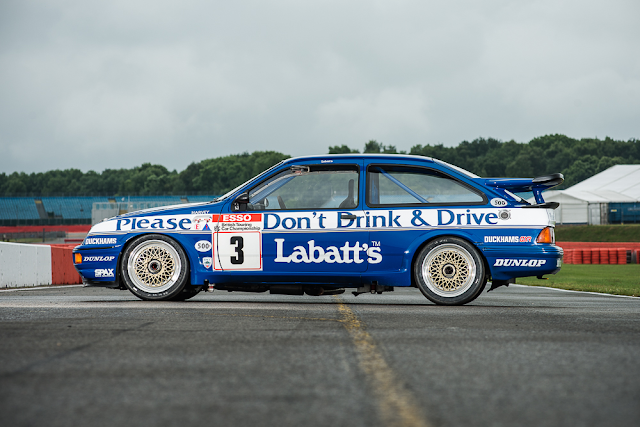 With the Cosworth RS500, Ford transformed the humble Ford Sierra into a proven race winner, completing 500 in order to homologate the model for 1987. The actual build was outsourced to Aston Martin’s Tickford operation and all 500 cars, based on the three-door Sierra, were sold in the UK. Under the bonnet Cosworth’s YDB engine had a stronger block, Garrett T31/T04 turbocharger with a bigger intercooler and fuel pump, uprated oil and cooling systems and better induction. The model won the 1987 World Touring Car Championship (in fact it proved so dominant the series was cancelled!), managed no less than 40 straight victories in the BTCC (a record that still stands) plus consecutive wins at Bathurst in 1989-1990. 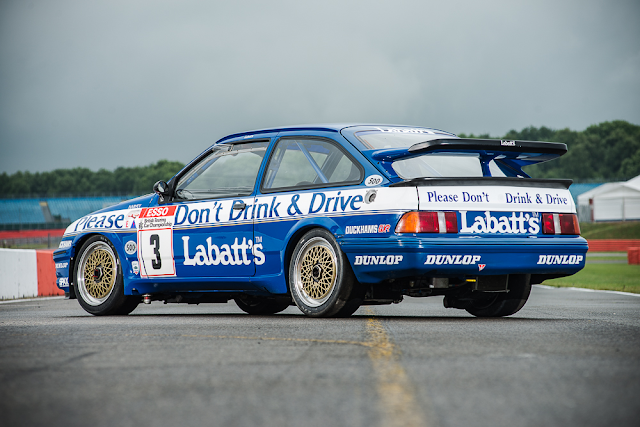 Tim Harvey.
A prolific racing driver from Farnborough, Tim was highly successful in touring car races during the 1980s and 1990s driving for seven different manufacturers, winning the British Touring Car Championship in 1992 with BMW, and amassing 16 wins and 48 podiums.
He later drove for Spice in the World Sportscar Championship, before enjoying half a dozen successful seasons in the Porsche Carrera Cup from 2004 until 2010 finishing second in 2004, 2006 and 2007 before triumphing in 2008 and topping that with nine wins out of the first ten races in 2010 to dominate the championship again that year. He remains the Porsche Championship's most successful driver with 35 wins and over 150 podiums.
Amongst a number of BRDC, Charity and Media commitments, Tim remains a household name for his knowledgeable and witty commentary for ITV covering the Dunlop MSA British Touring Car Championship. 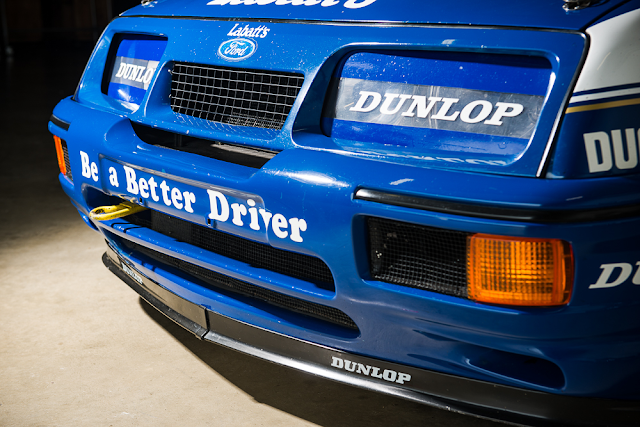 This Car.
Built by Andy Rouse Engineering and raced with Labatt’s sponsorship by Tim Harvey, this car has a good BTCC history (finishing 7th overall in 1989 and 3rd overall in 1990) and won outright at Thruxton and Donnington in '89. It was continuously updated and fitted with a Getrag 5-speed gearbox, viscous LSD and more. In late 1990 the car, which is believed to be the only Labatt’s Sierra surviving in original BTCC specification, became part of Martin Johnson’s private collection of ex-race Sierras before eventually being sold in Australia in September 2008. It was never raced there but used for the occasional demonstration, including the Muscle Car Masters at Eastern Creek, but was kept fully maintained, before being purchased by Paul Smith and returned to the UK with an eye on the developing Super Tourer Championship.
The dream was to come true in 2013 when Paul persuaded Tim to form a team to contest the two rounds of the Super Touring Car Trophy during the Silverstone Classic in July. Having not driven the car for over 20 years, Tim was given a brief chance to reignite his passion for the iconic winged wondercar during a days testing the 560bhp machine at Silverstone.
“It’s absolutely as it was after my final race,” he reported. “It must be the most original Cosworth Sierra still out there right down to the switches and stickers.
He obviously became comfortable with the car quite quickly as the team qualified third and Tim placed his old chariot second in the race on Saturday with the fastest lap to boot.
During 2014, the engine was fully rebuilt by David Mountain's Essex based 'Mountune', leading motorsport engine builders.
The car has been maintained in a 'race-ready' condition and is offered for sale at Silverstone Auctions pretty much on-the-button. We at Silverstone and the vendor are so confident about this wonderful RS that, included in the sale price, is an entry for Saturday's Super Touring Car race  (29th July).
A remarkable opportunity to own one of the most recognised and admired Touring Cars in motorsport's history. 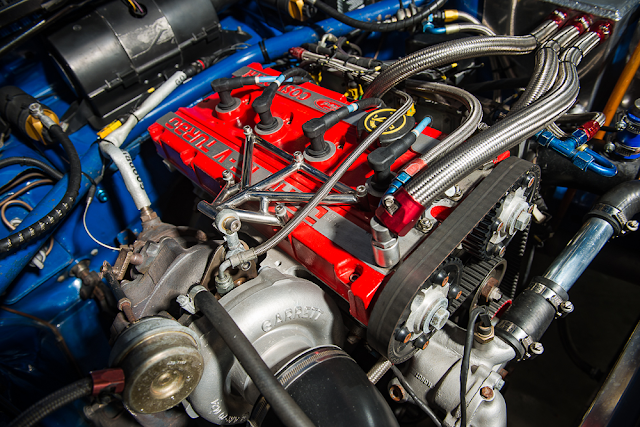