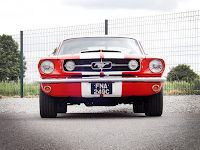 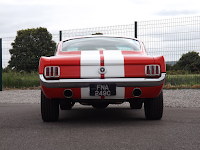 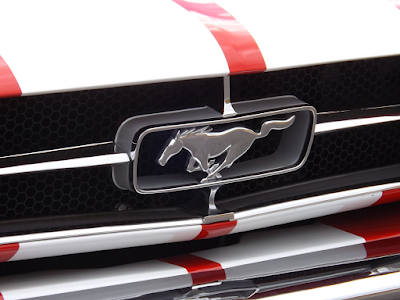 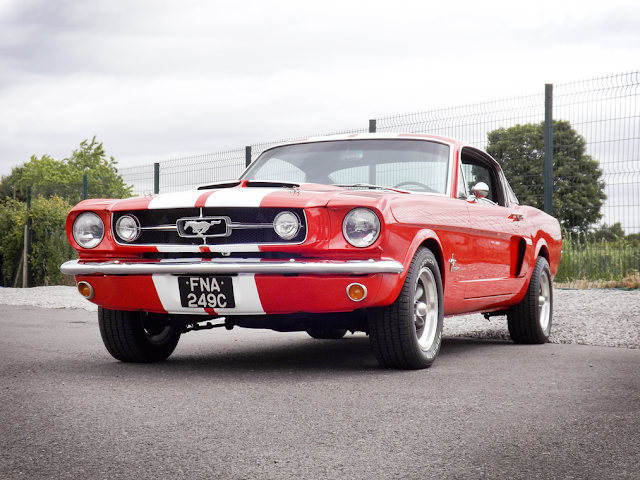 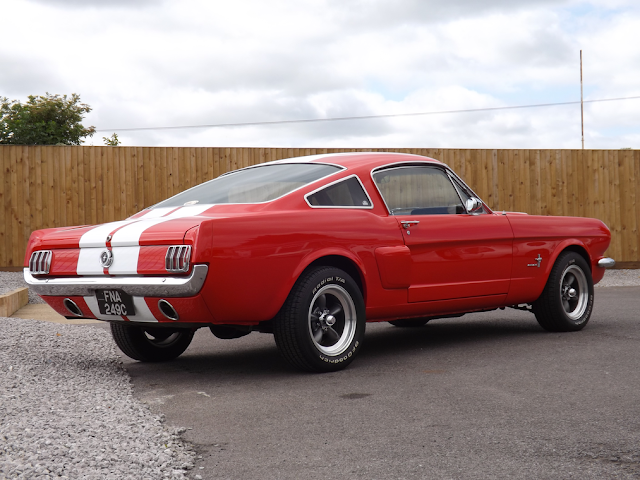 n 1961, Lee Iacocca, vice president and general manager of the Ford Motor Company, had a vision. He imagined a car that would seat four people, have bucket seats, a floor mounted shifter, be no more than 180 inches long, weigh less than 2,500 pounds, and sell for less than $2,500.00. His dream became a reality when the Ford Mustang was born. The first generation Mustang was launched in April 1964 with Ford running three advertising campaigns on all three major TV channels across America at the same time. On the first day the car became available, Ford sold 22,000 Mustangs and by the end of the year, nearly half a million Mustangs had found new homes. A range of engines, body styles and extras ensured that the Mustang had a very broad appeal. In 1965 the 'Mustang GT' was introduced and featured five dial instruments, thicker roll bars, quick ratio steering, dual exhausts that exited through the rear valance, dual mounted fog lights in the grille, and special lower body side stripes. Another popular option was the 'Rally Pac' which added a tachometer and a clock. To this day, the GT models are the most desirable and sought after of all the Mustangs.
FNA 249C is 1965, 'A'-Code car and was imported from the United States during 2014 having been completely restored whilst it was there. For an American restoration, the attention to detail and the quality of the workmanship is amazing and this is one of the smartest Mustangs we have ever seen. During the rebuild, the car was treated to a brand new 'crated' Cobra V8 engine whilst the rest of the drivetrain was either reconditioned or replaced with brand new parts. 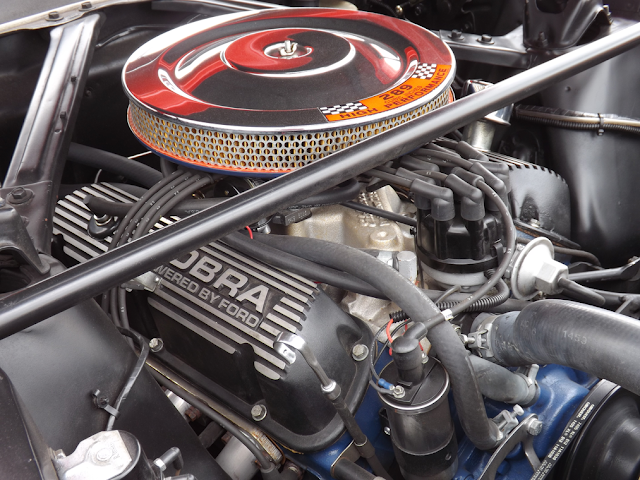 The interior is superb and is absolutely classic Mustang GT with the 5-Dial dash, the optional Rally-Pac., wood rim steering wheel, chrome dial surrounds, and period radio. The seats have been recovered in the correct vinyl and the carpets and headlining are new. On its arrival in the UK, its new owner replaced the automatic gearbox with a manual 5-speed Tremec competition box and competition clutch. In 1965 it was possible to specify a manual gearbox but it was a 3-speed and this new Tremec box totally transforms the car. At the same time, it was fitted with a set of telescopic shock absorbers and treated to a new set of fantastic 'American Racing', Torq Thrust magnesium wheels with BF Goodrich Radials. During its restoration, the odometer was replaced and the new one currently indicates 2,281 miles.
This is a very special Mustang and ticks all the boxes. It's a genuine left-hand drive '65 GT, is superbly finished in Rangoon Red with white stripes, has a fresh '289', a classic interior, and the right wheels. In addition, the 5-speed gearbox, uprated clutch, and more modern shock absorbers make it much happier on UK roads.  A lovely Mustang and difficult to fault.