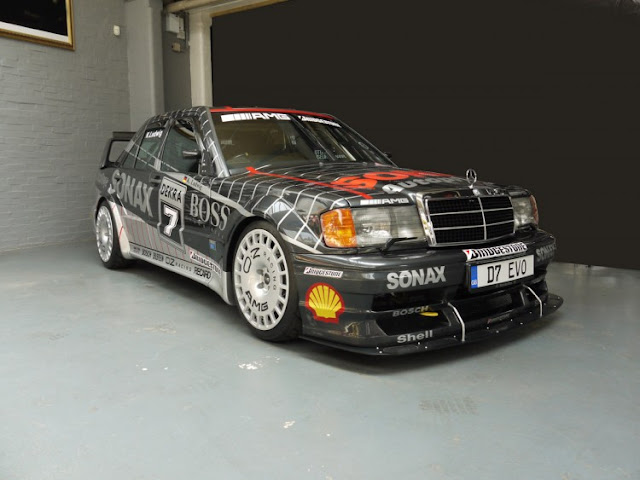 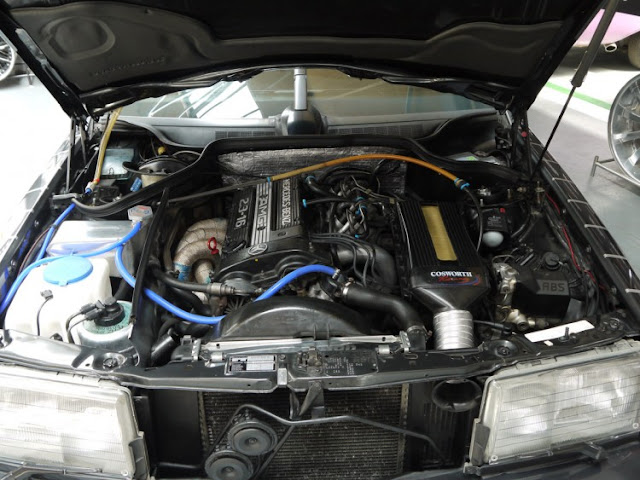 This high-performance model was known as the 190E 2.3-16, and debuted at the Frankfurt Auto Show in September 1983, after its reputation had already been established.
Three cars, only slightly cosmetically altered, had set three world records in August at the Nardo testing facility in Italy, recording a combined average speed of 154.06 mph over the 50,000km endurance test, and establishing twelve international endurance records. This was later updated to the 190E 2.5 16v in 1988. Apart from the performance increase over the standard 190E, there were other notable changes. The body-kit reduced the drag coefficient to 0.32, one of the lowest CD values on a four-door saloon at the time, whilst also reducing lift at speed. The steering ratio was quicker and the steering wheel smaller than that on other 190s, whilst the fuel tank was enlarged from 55 to 70 litres. The Getrag 5-speed manual gearbox was unique to the 16-valve and featured a ‘racing’ gear pattern with a ‘dog-leg’ first gear.
Famously the Mercedes-Benz 190 E 2.5-16 Evolution II competed in the German Touring Car Championship (DTM) from 1990 to 1993. Klaus Ludwig drove this Group A racing touring car to Mercedes-Benz’s first DTM title in 1992. A total of 500 units of the “Evo II” were produced for regular road use in 1990, in line with DTM regulations stating that the competing cars must be derived from a production model. The stunning example you see here was converted from a UK-delivered genuine 2.3 Cosworth into an evocation of the famous Sonax DTM car. The project was extensive, with an estimated cost of c.£25,000 in total. A file of invoices supports works completed, which has been completed to offer as close as possible an interpretation of the Ludwig DTM car. The Cosworth is said to drive extremely well, in fact, the car as a whole is presented in excellent condition in all respects. The 190E is offered with a current UK Mot and V5 document.
With the possibility of owning the genuine Ludwig DTM car near impossible, this wonderful evocation captures all the excitement and look whilst also being a genuine Mercedes Cosworth which can be enjoyed on the road. 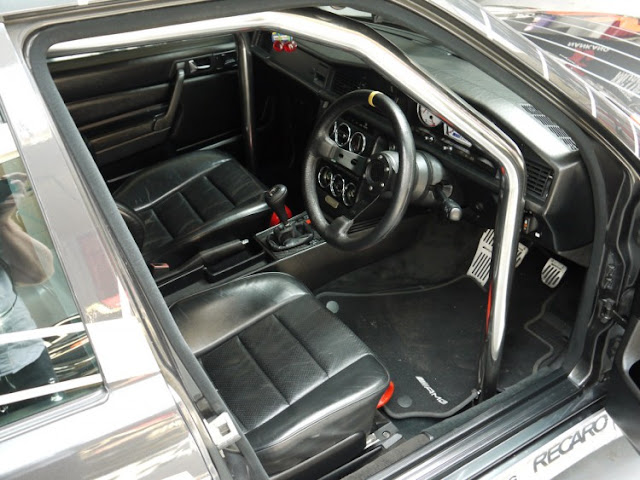