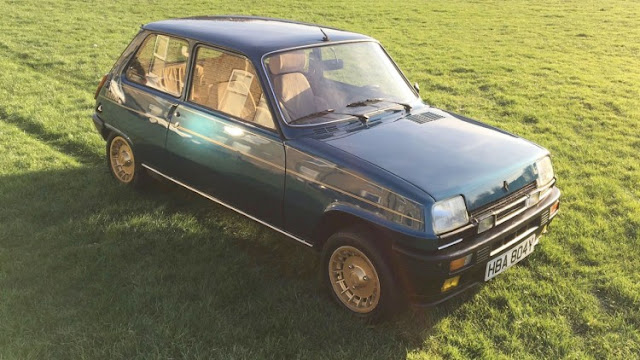 The Renault 5 Alpine was the original hot-hatch. Launched in 1976, it pre-dated the VW Golf GTI. In the UK, the car was sold as the Renault 5 Gordini, the reason being that Chrysler Europe had retained the rights to the name ‘Alpine’ in the UK. 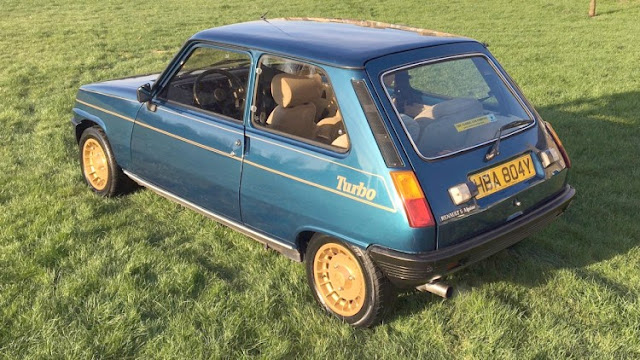 The 5 Alpine featured a 1,397cc OHV engine based on the Renault ‘Sierra’ pushrod engine, but with a crossflow cylinder head and hemispherical combustion chambers, developing 92 bhp. Delivering the power was a five-speed gearbox, stiffened suspension with torsion bars all round. As a nod to Renaults motorsport involvement in period, the 5 Alpine was finished with gold alloy wheels and strips, and fog lamps to the front.
In 1982 Renault decided to upgrade the naturally aspirated Alpine, and added a single Garrett T3 turbocharger, increasing the power output to 110 bhp. Called the Renault 5 Alpine Turbo, road tests returned reports of a top speed of heady 112 mph, and 0 – 60 in 8.7 seconds, which was considered brisk in the early 80s. 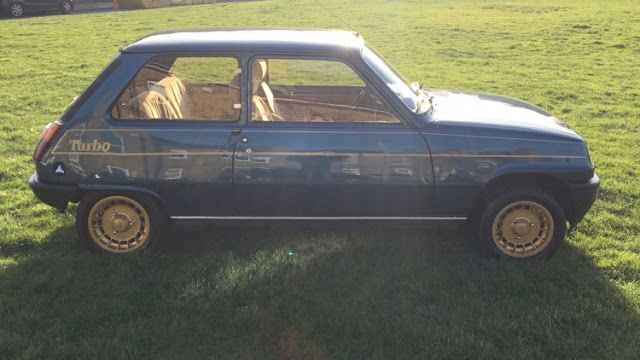 This French-delivered model was produced in 1983 and delivered to the Basque region of the South West of France. The first owner kept his beloved Renault for 12 years, selling in 1995 to the second owner, a Manuel Balije of Vigo in North West Spain. After 17 years of ownership Mr. Balije undertook a comprehensive restoration; the bodywork was stripped, attention given to the rear arches, new front wings fitted and then repainted in its original shade of metallic blue. The engine was removed, stripped and rebuilt with new parts (including the turbo). The original gearbox was also removed, inspected and serviced. LIkewise the running gear was rebuilt, with genuine parts where required. Mr. Balije kept the Renault for a further 4 years, covering c.4000 kilometers before finally parting with the car.
Upon arrival into the UK in late 2016, the Renault’s brakes were cleaned, refitted and balanced correctly, the exhaust adjusted to cure a vibration, a new crank sensor fitted, the door windows adjusted, a new boot strut fitted, the carburettor tuned, and the sound system upgraded. 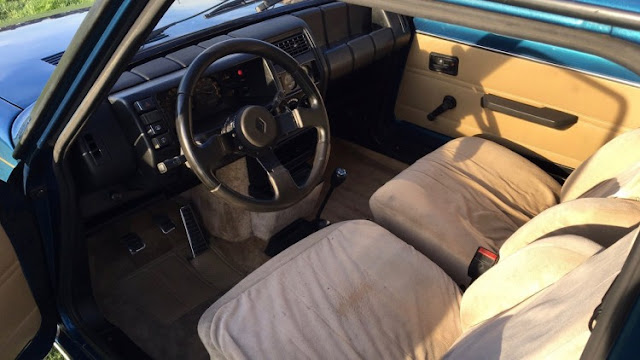 As a result of a lot of time and effort this little pocket rocket starts, pulls and brakes very well indeed. The bodywork displays no signs of rust, and the original interior presents well with no tears.  Hot hatches of the 1980s are widely tipped to be the next big thing in the classic car movement, and this very rare, very cool example must rank as one of the true classics of the era.

FOR INFORMATUIN ON SEPSIS: CLICK HERE
Posted by jeffharris at 09:00