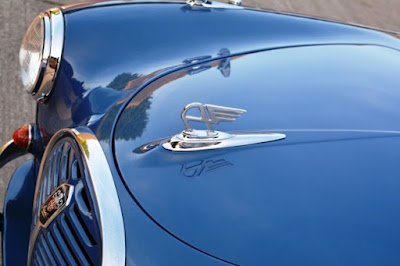 Introduced in 1956, the Austin A35 was a more powerful version of its A30 predecessor, the name reflecting the fact that it used a larger 35bhp A-Series 948cc engine as found in the new Morris Minor 1000. 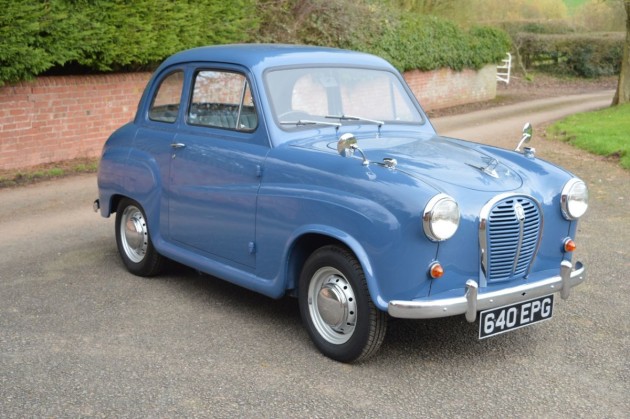 This powerplant gave the little Austin surprisingly good performance for its class and even led to some saloon car racing successes during the late-50's – indeed many A35s are still being campaigned in historic races today, often humbling much larger machines with their pace and agility, with a new A35 race series proving very popular at the Goodwood Revival.
Similar to the A30 in appearance, the A35 can be distinguished by its larger front grille (with painted slats instead of chrome), larger rear window, remote control gear-change and flashing turn signal indicators in place of semaphore arms. It was a huge success with the buying public and some 130,000 A35 saloons were sold before it was replaced with the Farina-styled A40 in 1959. 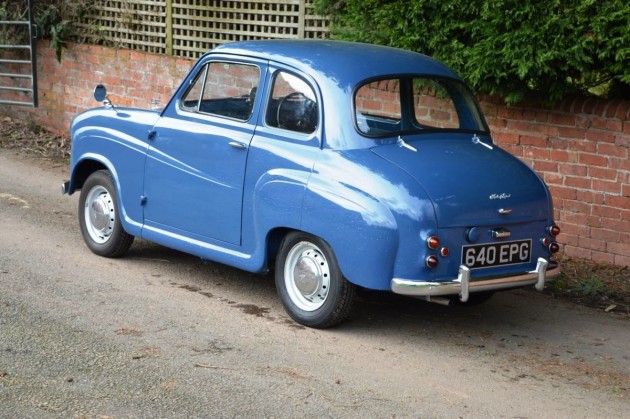 This four-owner December ‘57 registered two-door A35 was advertised in a classic car magazine in 2003. The previous owner, a gentleman from St. Leonards-on-Sea, had acquired it in 1991 and we are unclear whether it was he who restored it, or whether he purchased it in the fine condition that you see today.
He took it to local shows with his son who owned an A35 van, although stopped showing his pride and joy when his son emigrated. Well into his 70s at the time, he decided he needed something sportier to use for longer trips with his new girlfriend (there is hope for us all!), the car then making its way to the Oxford area. 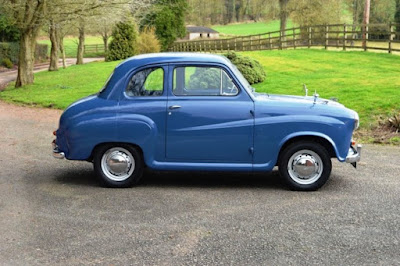 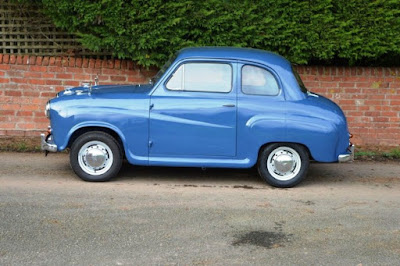 The car has always been kept up to scratch, the addition of a set of Austin-Healey Sprite wheels suiting it particularly well. We are advised that it has a stainless steel exhaust and has had new front and rear screen seals fitted recently. The earliest of nine MOTs on file show that it has covered little more than 2,000 miles since 1995. Being sold with a workshop manual, parts list and some seatbelts which have yet to be fitted, it retains its original interior which is in excellent condition.


These fine little ‘50s Austins have grown in popularity of late, being both practical to own and fun to drive, even if the thrill of hurtling around a race track is a step too far. This example is quite the nicest one we have seen and we are sure will give its new owner many happy hours of driving and enjoyment. 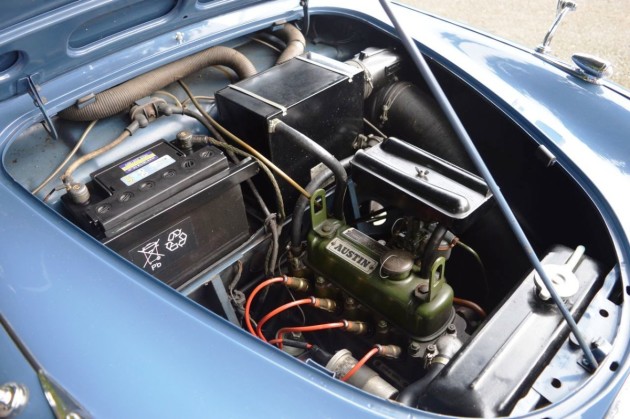 FOR INFORMATUIN ON SEPSIS: CLICK HERE
Posted by jeffharris at 09:39