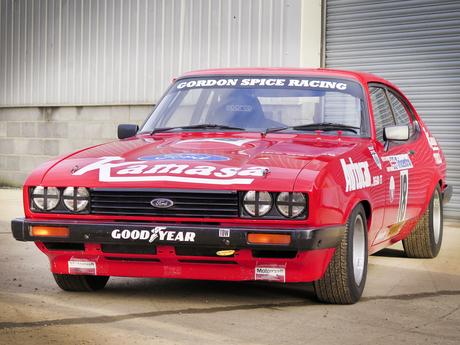 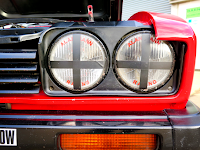 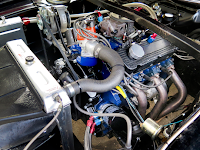 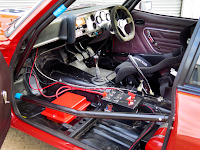 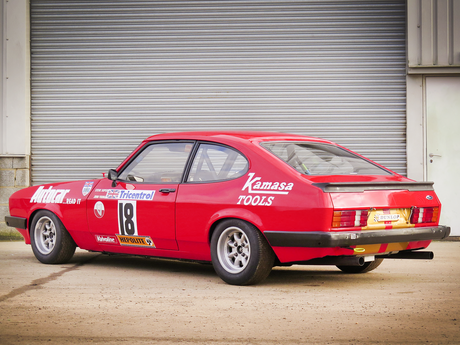 The Ford Capri was a dominant force in Saloon Car racing during the early 1970s, driven by legends such as Gordon Spice, Stuart Graham and Brian Muir. Easily adapted and set up for racing, it was a popular choice for the professional and club driver alike. Naturally, in such fiercely competitive championships, there were certain 'names' that would come up on a regular basis when 'winning' was being discussed. CC Racing run by Dave Cook and Peter Clark, Neil Brown engines, and Gordon Spice became the names associated with all the necessary ingredients for success. Another name that will always be inextricably linked with racing Fords was Alan Mann who had been running a Ford factory team since 1964. The team ran cars in events as diverse as the Monte Carlo Rally, the Tour de France Automobile and the 24 Hours of Le Mans. Their distinctive red and gold livery graced and became synonymous with a number of winning Fords including the GT40, Cortina, Falcon, and the Escort, and the sublime Ford F3L prototype was built and raced by Alan Mann Racing. Some of the best drivers of the period including Graham Hill, Sir Jackie Stewart, Sir John Whitmore and Frank Gardner raced for the team, which achieved substantial successes at every level in motorsport.
Prior to the 2008 season, Alan Mann Racing set about building a 'Group1' Capri for his son Henry Mann to contest some historic events, and a road-going Ford Capri 3.0S was sourced as a donor car. It was not a great surprise then, when given Henry's widely acknowledged skills and the expertise available within the team when it comes to building quick Fords, that he won the 2008 Masters Championship. Ever since then, this superbly prepared Capri has consistently been the fastest Capri out there. Entered in the Gerry Marshall Trophy at the 73rd Members Meeting in 2014 for the very talented John Young and the charismatic Emanuelle Pirro, the car acquitted itself well in practice, sitting neatly on pole. Emanuelle finished an excellent 2nd in Race 1, however, a small mechanical gremlin on the grid for Race 2 meant that John Young's drive from the pit lane to a remarkable 2nd place against bigger capacity opposition driven by serious 'peddalers', was one of the highlights of the meeting. At the 75th Members Meeting in 2016, the Capri again ran superbly, dipping into the 1min.28s, and rewarded John, this time paired with the legendary Steve Soper, with 3rd place overall.
This is a very well known car and has been consistently maintained. The engine has completed three races and the gearbox was rebuilt in 2016. We understand that all safety items are still in date. Full details of the spec and build details of this competitive, race-ready car will be made available to interested parties.
The popularity of the Gerry Marshall Trophy will mean that other circuits will be keen to run events on a similar basis, providing even more opportunities for these crowd-pleasing Capris to go racing.
In the right hands, this is a winning car and is available for sale now. 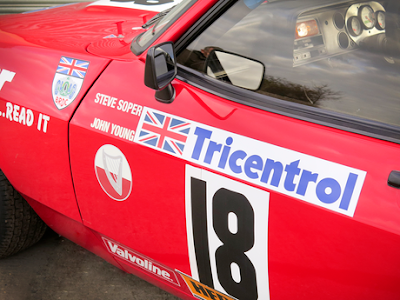 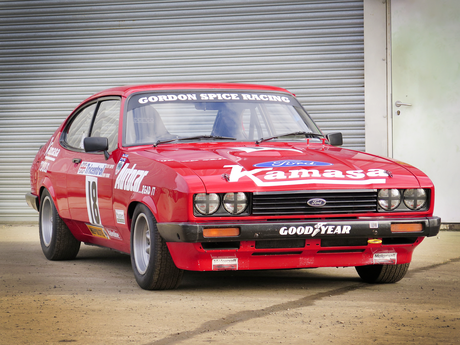