The Qvale Automotive Group is one of the oldest and most respected privately owned companies in the USA automotive sector, with over 50 years of experience in manufacturing, importing, distributing and retailing.
Under a licensing agreement in 1998 with De Tomaso and after purchasing a state of the art factory in Modena, the spiritual home of sports car building in Italy, Qvale began production of the Mangusta in 1999. The car’s conception benefited from an exotic blend from the cream of the world’s sports car builders. The body was designed by Marcello Gandini and the chassis designed by F1 designer, Enrique Scalabroni. The end result is something of a marvel. Powered by a Ford GT Cobra V8 4.6 litre ‘ Hi-Po’ engine producing some 320 bhp and through a manual 5 speed gearbox the car can reach a top speed of 160mph and 0-60mph in approximately 5 seconds. Another unique feature is the three position roof system lets you convert the Mangusta from a coupe to a Targa to a full convertible to suit all weather conditions. 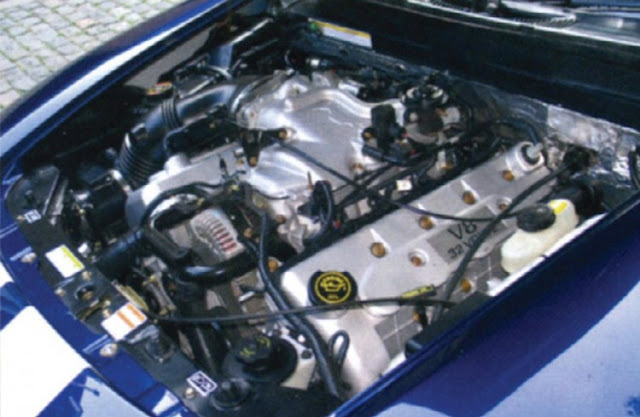 This exquisite one owner from new example is number 22 of just 272 total cars built and is believed to be the only GTR version which features the very striking paint work, finished in metallic navy blue with Shelby style white stripes.
Described to be in excellent condition the car has a sumptuous tan leather interior which also features air conditioning, electric windows and seats and an Alpine stereo system. This one owner car has only 5,000 km showing and is currently German registered, supplied with a current TUV and European certificate of conformity 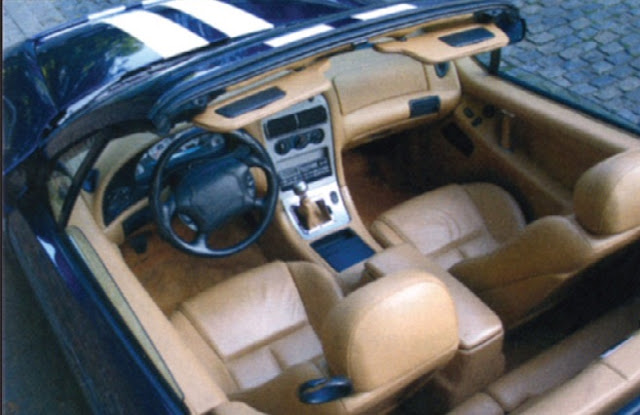