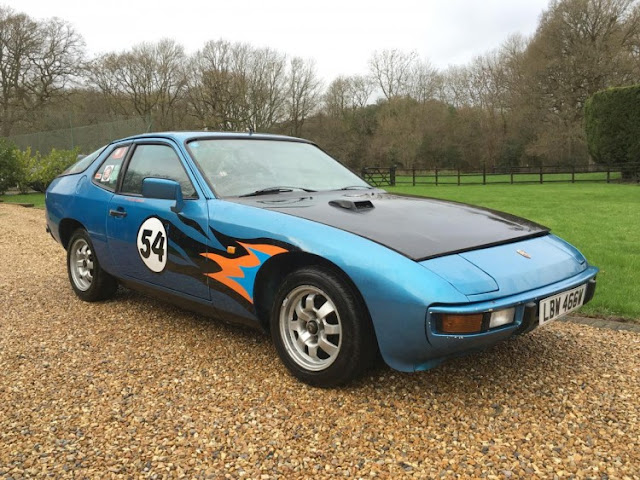 The Porsche 924 is a luxury sports car which was produced by Porsche AG of Germany from 1976 to 1988. A two-door, 2+2 coupé, the 924 replaced the 914 as the company’s entry-level model, and was the model that finally retired the 912. In production terms, the 924 was the first Porsche model powered by a water-cooled, front-mounted engine although the similarly configured 928 was designed first. The front-engine, rear wheel drive arrangement was normal for most other manufacturers, but it was unusual for Porsche having previously only used mid- or rear-mounted engines of a boxer configuration, all of which had been air-cooled. It was the first Porsche to be offered with a fully automatic transmission.
This car appeared on Top Gear in the Series 5 Episode 6 ‘Cheap Porsche Challenge’.  Each presenter had £1500 to spend on a Porsche of their choice.  Richard Hammond opted for this very 924.  The Porsches went through a number of challenges including driving from London to Brighton and being lapped around the Top Gear track by The Stig.  Richard decided to mod the 924 for the track challenge, lightening the car by removing the standard seats and carpets, plus new tyres and shocks were fitted.  He also added the distinctive flame design on the car, with number stickers and a matt black bonnet.  Jeremy Clarkson add in pen ‘inches tall’ below one of the 54 number stickers which still remains on the car. 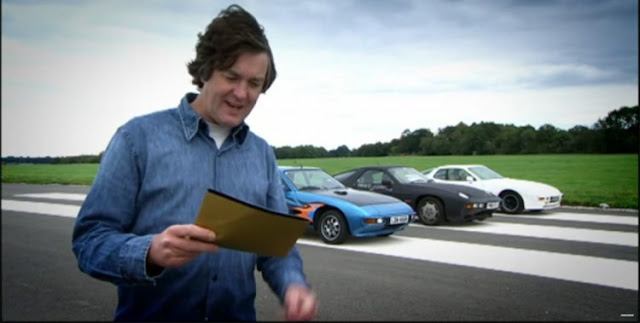