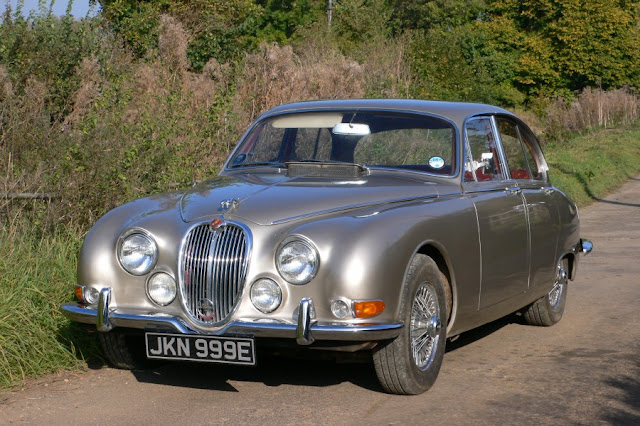 Arriving in 1963, the S-Type was an evolution of the Mk II; stylistically, it could have been described as a combination of the Mk II and the newly-released Mk X, but with updated mechanics, Jaguar had a more developed sporting saloon that inherited some of its innovations from other Jaguar models. A variation of the Mk X’s independent rear suspension featured in the model, and power was supplied by a twin-carburettor version of the XK 3.4 or 3.8 engine. 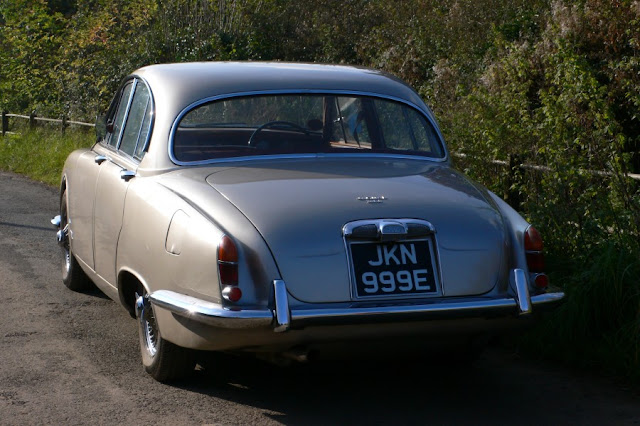 This 3.4 S-Type has been in the current ownership for thirteen years and with a total of just four custodians to date, this is a genuine and very original example. Described by its owner as being good in most departments, the S-Type’s bodywork was resprayed about twenty years ago and has lasted well, apart from a few small areas that could be improved (and one quarter bumper that has an inconsiderable loss of chrome). The original red leather upholstery is difficult to fault, and the dashboard and cappings are described as being very nice. All instrumentation is in working order, apart from the speedometer that needs re-calibrating (the mileage currently reads more than it should) and most of the original tool kit is present. The Jaguar is equipped with power steering and an electric aerial, and the engine, manual overdrive gearbox, differential and braking system have no known faults. Interestingly, JKN 999E has been kept as original as possible and has no modifications. The motor car has clearly been well-cared for throughout its life and is only reluctantly available now due to an impending house extension. 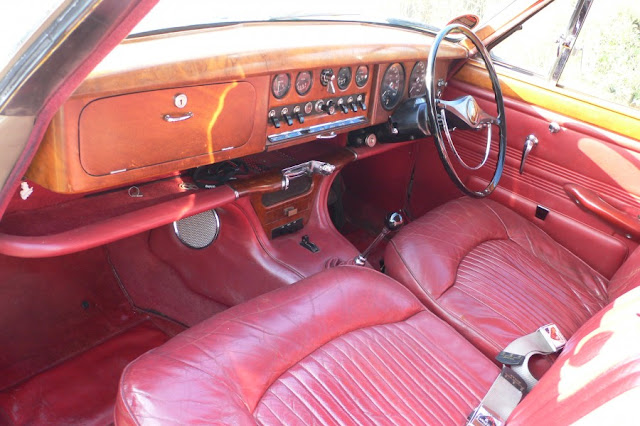 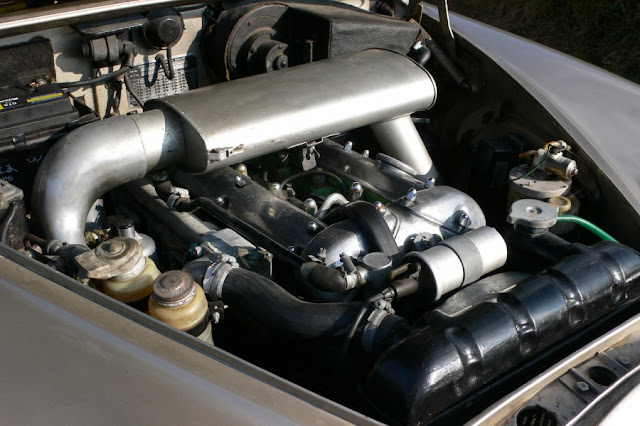 KEEPING IT CLASSIC
Since:2016