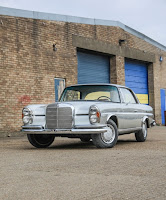 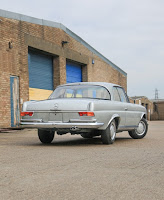 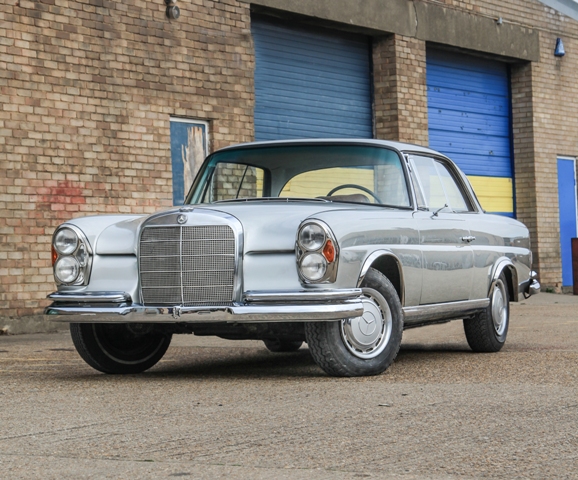 The Mercedes-Benz W111 series was produced from 1959 to 1968 with two door coupés and cabriolets being produced from 1961 to 1971. Design of a replacement for the two-door Pontons began in 1957 with the emphasis on the exterior styling. Some of the mock-ups and prototypes show that Mercedes-Benz attempted to give the two-door car a front styling similar to the Pagoda roadster. The rear bodywork persisted however and, although officially still called a 'fintail', the rear end design had no chrome fin highlights. Production began in late 1960 and in February of the next year, the coupé was premiered in Stuttgart for the 75th anniversary of the opening of the Mercedes-Benz Museum. The 220 SE was superseded in early autumn 1965 by the 250 SE which featured the new 2496 cm3 M129 engine, producing 150 horsepower, which gave it a significant improvement in top speed, 120mph, and 0-60 acceleration in 12 seconds. Visibly the changes only affected the new 14" rims with new hub cabs and beauty rings; this was to accommodate the larger disk brakes and the new rear axle from the W108 family. 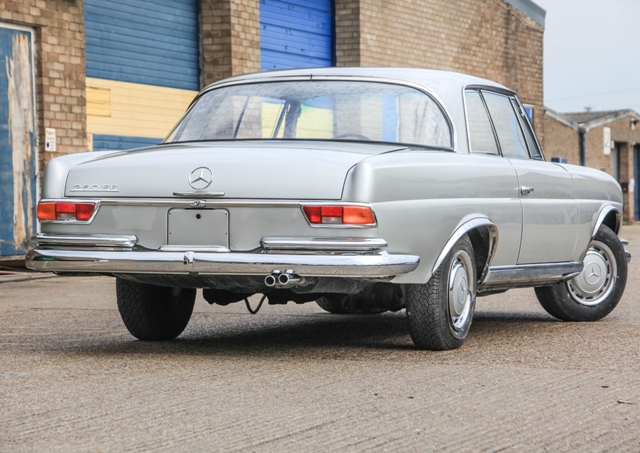 First registered in Hamburg, Germany, this example has spent much of its life in Riverside, California where it was purchased and brought to the UK for restoration. A manual fuel injected example offered in silver with a black leather interior, the body and chassis were not in very good condition prior to the restoration. Much of the trim, headlining and wood have all been renewed; inner and outer front wings, both headlight buckets, front valance and cross member have been replaced and a full respray was undertaken. All of the chrome is in good condition, many of which have been replaced over the last decade and are now showing little or no signs of pitting; we are also told there are no signs of filler. The vendor states that he never had a Mercedes-Benz engine run quite as well as this example. This represents a fabulous opportunity to own one of Mercedes-Benz gentleman's cruisers. Offered for sale with taxes paid, Nova certificate and US title.﻿ 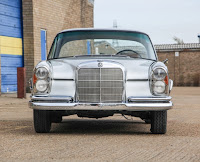 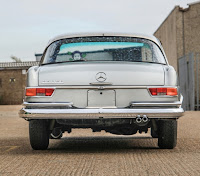