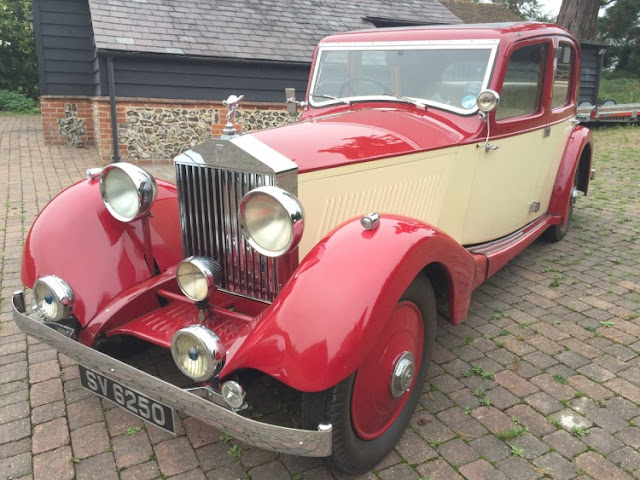 Over the past eight decades the 20/25HP Rolls-Royce has earned an enviable reputation of being among the most dependable, satisfying and highest-quality pre-war models of all. Produced from 1929 to 1935, it represented the Marque’s determined effort to move away from massive formal cars, routinely chauffeur-driven, to the newly-fashionable owner-driver market for the wealthy private owner-driver.
Of course it embodied Crewe’s routine programme of continuous mechanical development and improvement throughout its run, but the fundamentals of its superbly-crafted three and a half litre straight six driving through a four speed gearbox of amazing refinement remained the same.


By the late 1920s the trend for ever-heavier coachwork on the Rolls-Royce 20 HP had inevitably had a detrimental effect on performance. Rolls-Royce’s solution was to increase the comparatively small six cylinder engine’s capacity from just over three litres to 3,699cc which, together with a stronger crankshaft allowing increased rpm, raised its output to 25hp.
As with the 20 HP, the 20/25 was warmly received and proved immensely popular, soon more than doubling sales of the big Phantom II. Various detail improvements were made to the 20/25 during its seven year production life including rises in compression ratio in 1930 and 1932; the latter year also saw the introduction of synchromesh for the third and fourth gear ratios, thermostatically controlled radiator grille shutters, a one-shot centralised lubrication system and an electric fuel gauge.
The 20/25 offered here is presented in a two-two Red/Cream colour with an interior combination to match. Starting life as a drophead coupe the car was swiftly altered to its present state as a Saloon. More recently,  the car has enjoyed a comprehensive restoration of the engine, clutch, tyres, brakes, wiring and suspension with bills in the last 12 months totalling in excess of £14,000 with original bills to prove. Described as being in good condition throughout,  this is a wonderful  example of a Rolls-Royce classic –  offered at great value. 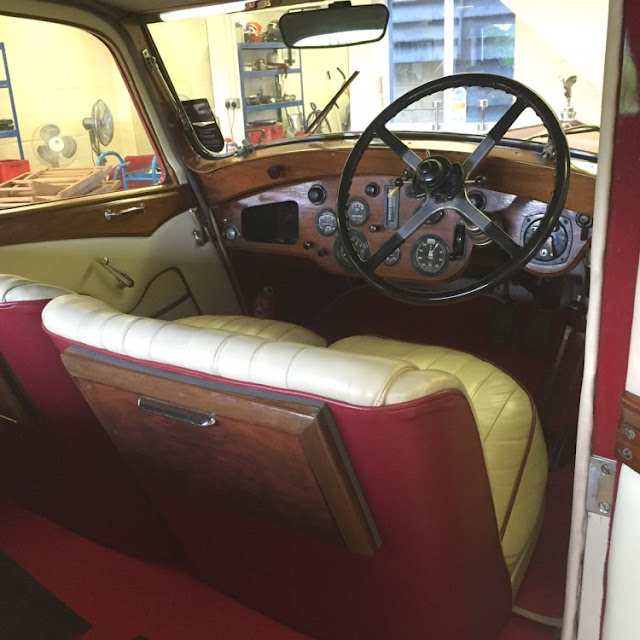 KEEPING IT CLASSIC
Since: 010