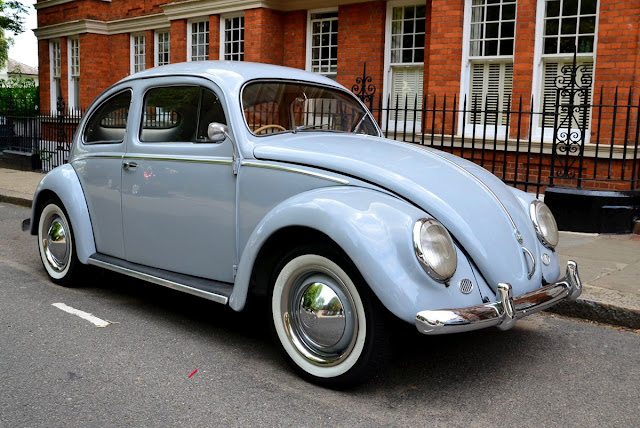 In April 1934, the German Chancellor gave the order to Ferdinand Porsche to develop a Volkswagen (literally, “People’s Car” in German). The moniker Volks- literally, “people’s,” had been applied to other Government-sponsored consumer goods such as the Volksempfänger (“People’s Radio”)
In May 1934, at a meeting at Berlin’s Kaiserhof Hotel, the German Chancellor insisted on a basic vehicle that could transport two adults and three children at 62 mph while consuming no more than 39 mpg. The engine had to be powerful for sustained cruising on Germany’s new Autobahnen.  Everything had to be designed to ensure parts could be quickly and inexpensively exchanged.  The engine had to be air-cooled because, as the Chancellor explained, not every country doctor had his own garage (ethylene glycol antifreeze was only just beginning to be used in high-performance liquid-cooled aircraft engines. 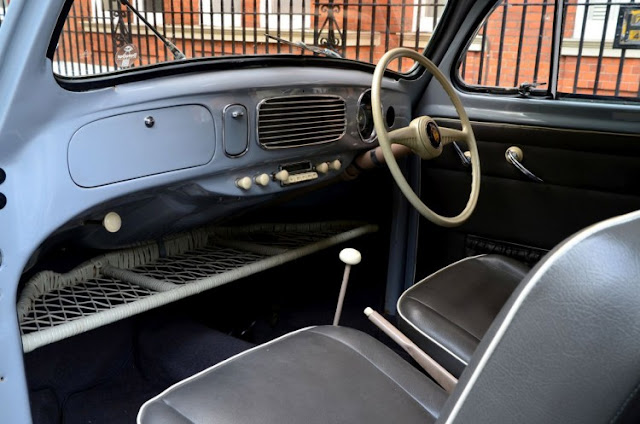 The car was officially designated the Volkswagen Type 1, but was more commonly known as the Beetle. Following the restart of production and the establishment of sales network and exports to Netherlands, Heinz Nordhoff was appointed director of the Volkswagen factory in 1949.  Under Nordhoff, production increased dramatically over the following decade, with the one-millionth car coming off the assembly line by 1955. During this post-war period, the Beetle had superior performance in its category with a top speed of 71 mph and 0-60 mph in 27.5 seconds with fuel consumption of 36 mpg for the standard 34 hp engine. This was far superior to the Citroën 2CV, which was aimed at a low speed/poor road rural peasant market, and Morris Minor, designed for a market with no motorways; it was even competitive with more advanced small city cars like the Austin Mini. Truly a 20th Century classic.
With its oval rear window, and grey coachwork this is a wonderfully preserved example of an early 1200 cc Volkswagen Beetle, offered with UK V5 registration and current MoT certificate. 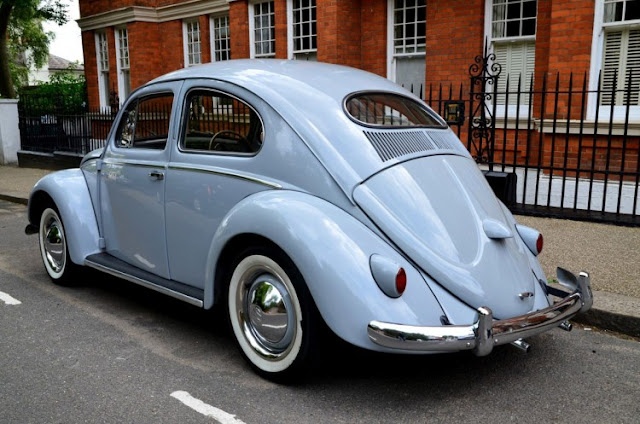