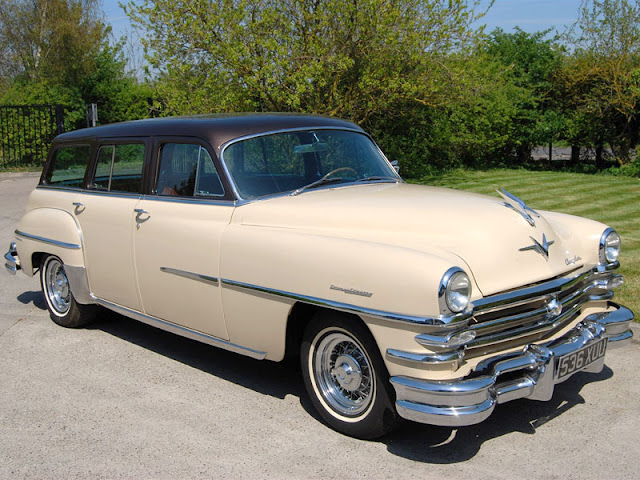 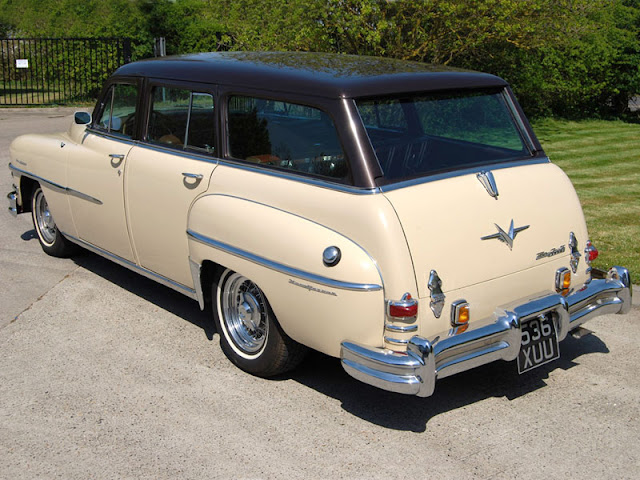 - A very rare vehicle of which only 1,400 are believed to have been built, and thought to have covered only 35,500 miles from new- UK registered in 2009 and reportedly re-wired in 2010, and thought to be extremely original and retain its original body panels and interior- 331ci V8 engine and semi-automatic gearbox, plus power steering, brakes, and windows 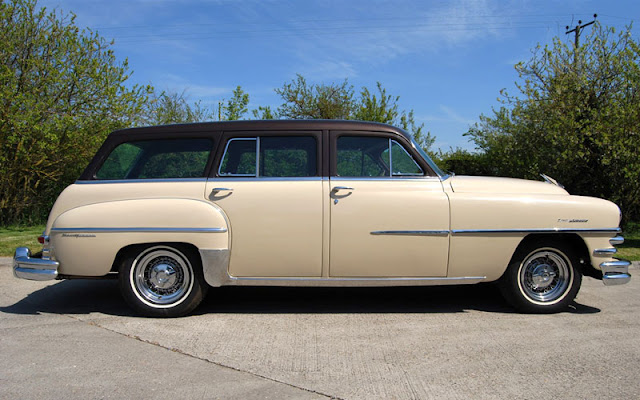 Relatively little is known about the Stateside history of this delightful example of 1950s Americana, though it is initially believed to have been employed by the manufacturer to introduce the dealers to the concept of the Station Wagon. It then formed part of the factory museum until purchased by a private collector. The Wagon was certainly an expensive option and it is thought only 1,400 were ultimately built, of which the one offered is a rare and extremely original surviving example that has covered just 35,400 miles from new. It was first UK registered in 2009, when in the care of a Mrs Caroline Rosemary Kisko, and has had only one further keeper since, who acquired the car in May 2013. It is powered by a 331ci 'Firepower' Hemi V8 engine that drives through Chrysler's patented Fluid Drive semi-automatic transmission. The vehicle is presented in its original livery of Brown over Beige and trimmed in perfectly patinated faux crocodile leather. The load area is a wonderful mix of highly polished wood and chrome ribbing, while the facia's a sea of ornate controls, including those for the factory-fitted heater and radio. The steering wheel has the words Power Steering inset into the centre, just in case you were in any doubt the car featured such technology. The Chrysler also sports power brakes and power windows and rides on its original wire wheels - an option of the period - shod with White walled tyres. The only non-original features of note are the bumpers, which are Chrysler Imperial ones. Rust-free, thanks to spending its life in a dry climate, '536 XUU' was apparently rewired in 2010 and is now felt by the vendor to have an 'excellent' V8 engine, and 'very good' transmission, bodywork, paintwork, interior trim and electrical system. A great opportunity. 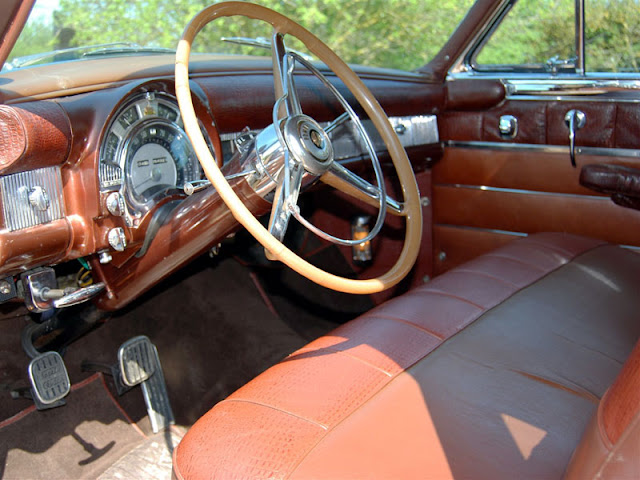 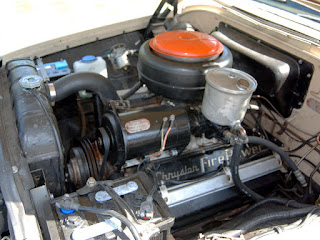 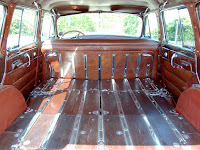 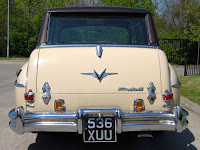