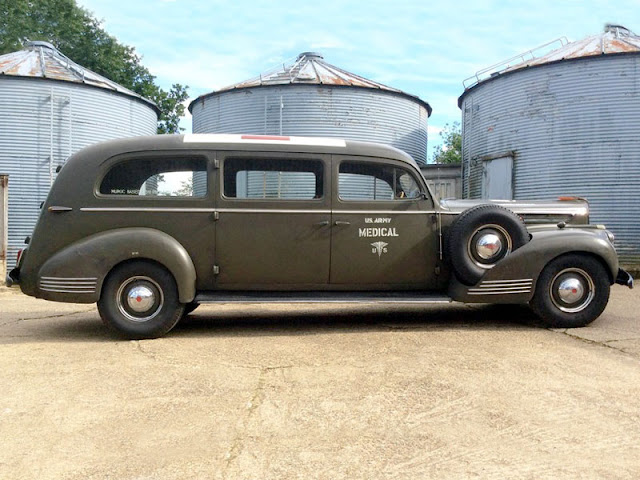 Question - when is an ambulance not an ambulance? Answer, when its exterior has been painstakingly restored as per its service at the Muroc Army Air Force base (from where Yeager broke the sound barrier - now known as Edwards from where the shuttle was supported) in the Mojave desert, but the major mechanicals have been replaced by modern alternatives and the stretcher bay trimmed throughout in Red pile carpet! In the vendor's words, ''YWG 722' has the patina of a 75 year old classic military vehicle but the reliability of a modern car'. The Packard is nowadays powered by a contemporary 350ci Chevy V8 engine driving through a 700 R4 automatic gearbox to a Ford 9 inch final drive. The vendor informs us that this unique 21ft Packard 'drives, stops and handles brilliantly, will comfortably cruise at 70mph and is immensely practical; especially if you have lots of friends'! 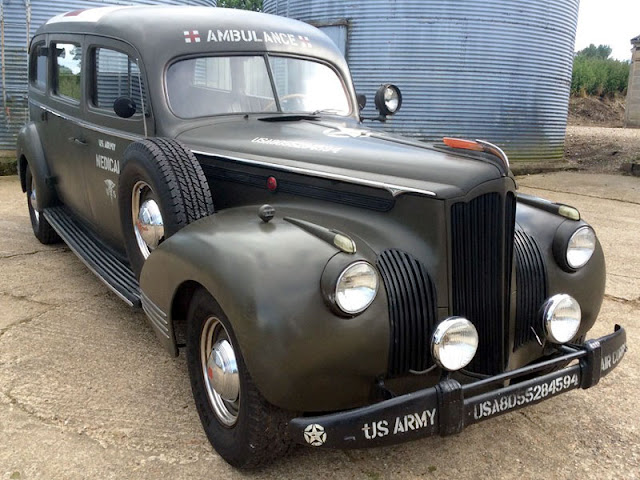 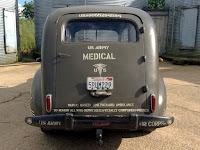 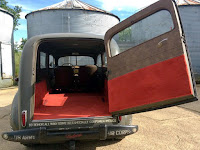 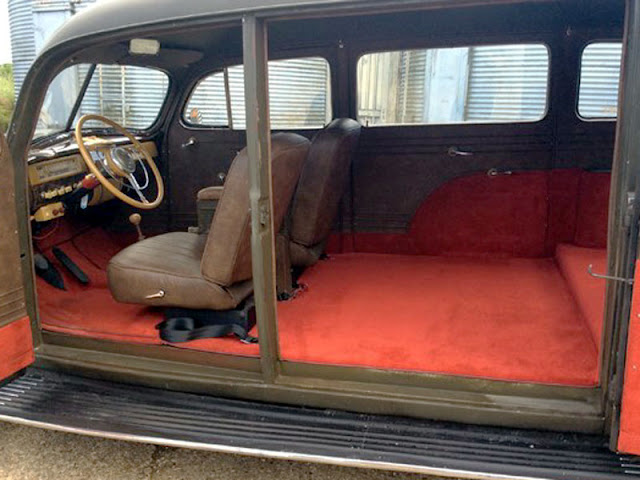 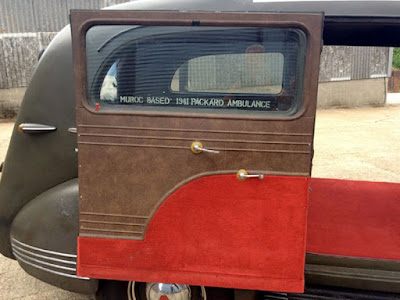 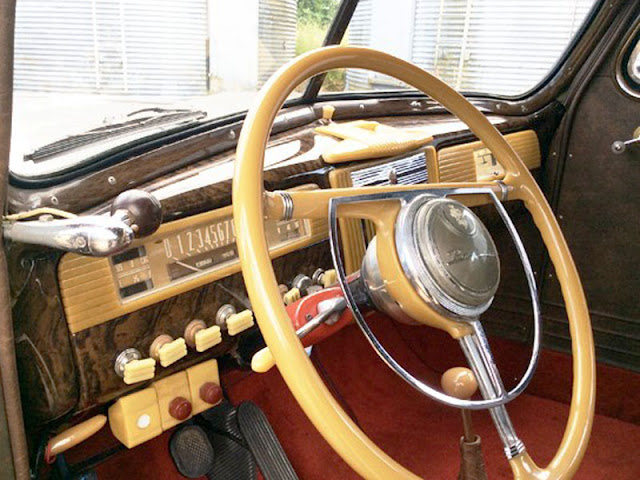 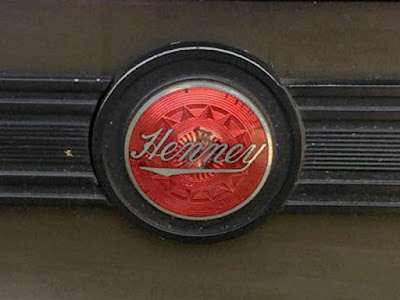