UNDER THE HAMMER
at

Viewing - Tuesday 1st March 9am to 7pm and Morning of the Sale.

We are always looking for the unusual here at Classic Chatter
and today we have selected this little gem. What do you think? 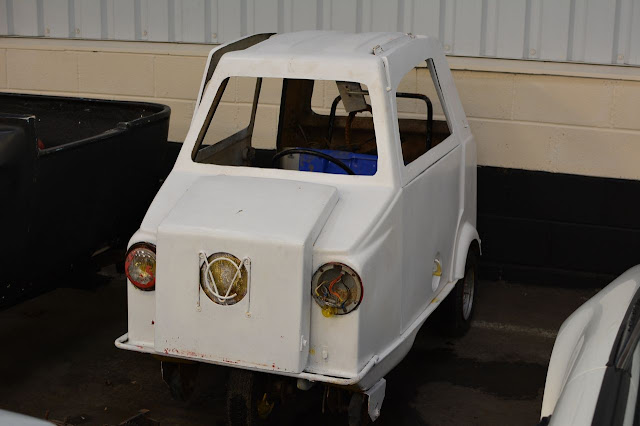 The proverb ‘Necessity is the Mother of invention’ could have been written specifically to describe the remarkable Acoma Mini Comtesse.
Defined as ‘when the need for something becomes essential, you are forced to find ways of getting or achieving it’, the requirement in the case of a Comtesse was for one person to drive a moderate distance to the shops, not buy very much and get home in a form of car that didn’t need a driving licence to use it.
The fad for micro-cars in France still endures solely because you don’t need a car licence to drive one. In the 1970s and ‘80s, a significant part of the French population had never passed a test, yet still needed to go about their daily business, thankfully at an unhurried rate with few onlookers to see them do it.
The Acoma Company seized on this loophole in the licensing laws and introduced the Acoma Mini Comtesse, a single seat, five-wheeled vehicle which was the only car to have ever been fitted with one conventional and one gull-wing door – eat your heart out Mercedes!
Powered by an over-burdened 50cc Motobecane engine attached to the front wheel, they became surprisingly popular and continued in production, admittedly with improvements such as the reduction in the number of wheels to a more conventional four, until 1984. New models were introduced including the unlikely Comtesse Super Coupe, Break (station wagon) and even a Comtesse Super Sport which sold well, over 3,500 finding new owners in 1979 alone.
So if you're attracted to such minimalist motoring and a Peel P50 is way out of your price bracket, there can be only one car to buy - an original five-wheel Mini Comtesse as on offer today. Despite the liberal spacing of their stabilising appendages, the Mini Comtesse still managed to be massively unstable and thanks to the 50cc engine incredibly slow. No matter, as anyone over the age of 16 could just get in and drive one, slowly, to the shops, to buy a few small items….perfect.
So if that's you, here is your chance to hit the road, after a bit of elbow grease has been applied to this largely complete, yet slightly dismantled example. Although there are no documents with the car, the really good news is that it comes with a completely new and unused spare bodyshell – how lucky is that ? 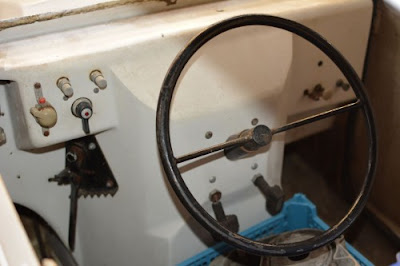 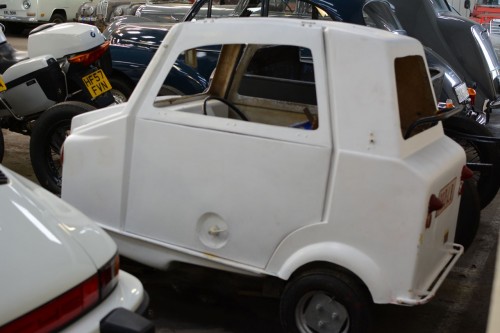