We maybe temping fate but after 6 weeks of limited speeds and a total loss of our phone lines I think BT might have finally sorted our service out we hold our breath. The vendor has lived in Dorking, Surrey for the last twenty five years and was well acquainted with local estate agents, Martin Brown in the High Street. Whilst walking past the shop earlier this year, he noticed that the garage adjacent to it was open and found the proprietor, Robert Brown, inside sorting out old 'For Sale' boards.  In the middle of the garage was this 10cwt Van in their company livery. At first Robert could not make up his mind whether to get it going again or to sell it, but, after some persuasion, the vendor managed to purchase it. The van was originally owned by another local tradesman who owned it from new, and it was from him that Robert purchased it in 1982.  It was then hand sign written and painted in the company livery and used for promotion; it was last used and road taxed in 1995 and then locked away for the next 20 years. After finally being removed from the garage, on inspection, it appeared in excellent condition although obviously very dusty and dirty and, with still only 44,073 miles on the odometer, the project of getting her going again started. The re-commissioning included flushing out the fuel tank replacing the fuel sender float, cleaning the fuel pipes and carburettor, fitting a new battery, replacing a leaking oil pipe, fitting new oil filter, top and bottom radiator hoses, coil, distributor cap, rotor arm, HT leads, spark plugs, changing the engine oil with classic oil 20/50, gearbox oil EP80/90, diff oil 80/90 and repairing the original trafficators. After starting, the van it was taken on a test run and found to be running perfectly; it was then re-checked and a small oil leak was found from the head gasket which was then replaced. The original log book has unfortunately been lost and the current V5C Registration Certificate declares it was manufactured in 1949; however the Ford Motor Company records indicate that, according to the chassis and engine number, the vehicle was manufactured in 1956. 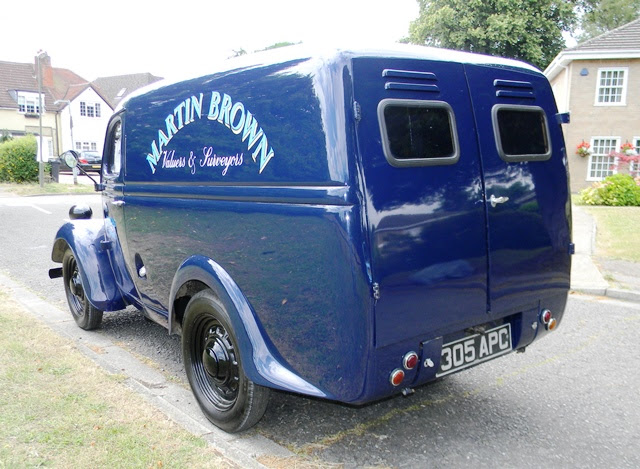 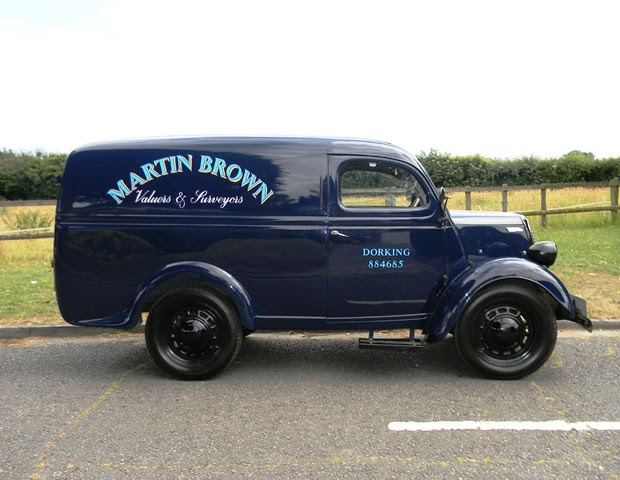 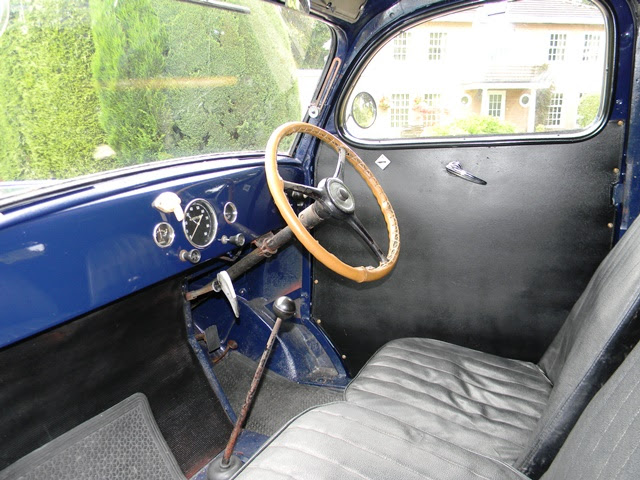 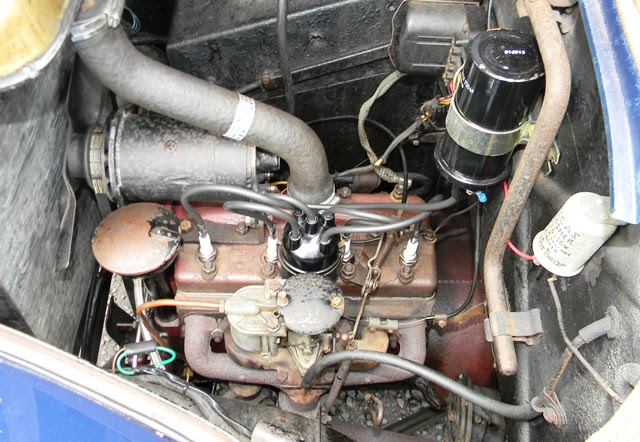