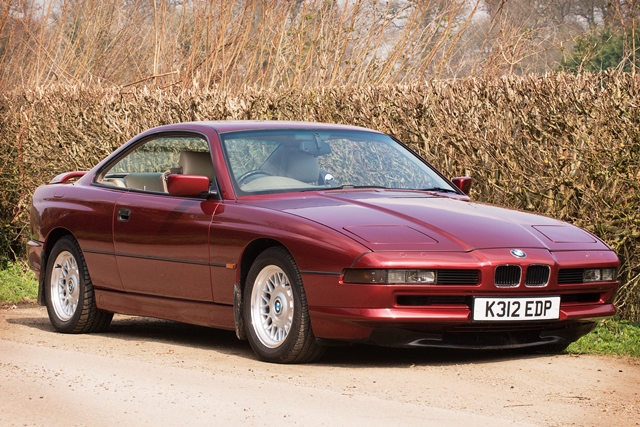 1992 BMW 850i
Design of the 8 Series began in 1984 with the final design phase and production development in 1986. The 8 Series debuted at the Frankfurt Motor Show in early September 1989. The 8 Series was designed to move beyond the market of the original 6 Series. The 8 Series however had substantially improved performance, as well as a far higher purchase price. Over DM1.5b was spent on development; BMW used CAD tools, still unusual at the time, to design the car's all-new body. Combined with wind tunnel testing, the resulting car had a drag coefficient of 0.29, a major improvement from the previous BMW M6 635CSi's 0.39. The 8 Series supercar offered the first V-12 engine mated to a six-speed manual gearbox on a road car. It was also one of the first vehicles to be fitted with an electronic 'drive-by-wire' throttle. The 8 Series was one of BMW's first cars, together with the Z1, to use a multi-link rear axle. While CAD modeling allowed the car's body to be 8lb lighter than that of its predecessor, the car was significantly heavier when completed due to the large engine and added luxury items. Some of the car's weight may have been due to its pillarless 'hardtop' body style which lacked a 'B' post. This body style, originating in the United States in the late 1940s, was abandoned by Detroit in the late 1970s. The 850i was the first model launched in 1990 with the  five litre M70B50 V12 engine producing 296hp. It was available with either a four-speed automatic or a six-speed manual gearbox.

This 1992 850i, fitted with the automatic gearbox option, has been maintained since new and has had very little use since 2006; in fact the MoT test certificates show that the car has only covered 1,200 miles since then.  Finished in calypso red with silver/grey leather interior, this is supplied with a V5C registration document, an MoT test certificate which expires in February 2016, a handbook pack with owner's manual, service book and all the other manufacturer supplied manuals. The car also comes with two keys and a file containing old registration documents, MoT test certificates and invoices. This is an opportunity to purchase BMW marque's 'top of the range' grand tourer of the period for a fraction of the original cost. 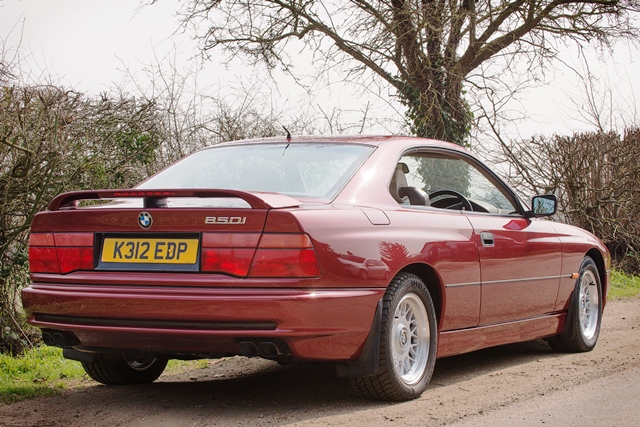 
John Williams is in the South West on