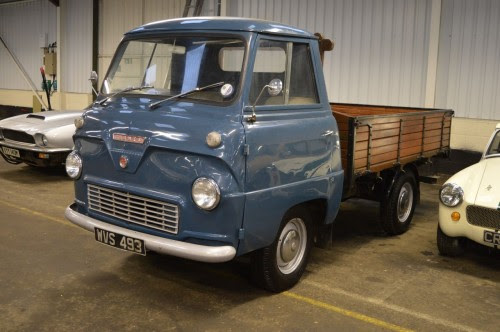 Ford used the Thames badge to market its range of commercial vehicles. If it had a Thames written on the front, it was clear what that vehicle was intended to do.
By the mid ‘50s, the mainstay of the range, the Thames E83W was looking well past its sell by date. Virtually every component pre-dated World War 2, and the competition from Commer, Morris and General Motors with their clever Bedford CA were eating into sales in a big way.
Ford’s management looked to its US parent for inspiration, launching the 400E in 1957 with its clever forward-control layout, flexible low level chassis design at the rear and a rugged low compression version of the 1,703cc ohv four-cylinder engine from the Consul. It hit the spot straight away and survived until 1965 when the all-conquering Transit arrived and changed the world as we know it.
Body options grew and in 1963 the engine was given more power, an extra forward gear added to its rather limiting three-speed box while at the rear it gained a much tougher four-star diff. The basic van was sold as a Purchase Tax busting 12-seater mini-bus, a more comfortable 8 - 10-seat people carrier (even with a De Luxe option), a Dormobile camper conversion from Martin Walter in Folkstone and a handy pickup as on offer here.
This rare 1962 400E pickup was comprehensively restored about 10 years ago and has seen very little use since. We are advised that it is an easy starter and comes with a current V5, five old MOTs and a Ford Autobook manual. This smart looking handy truck is just the job to take to local shows, trips to the tip or would make an ideal promotional vehicle.
Bidders are advised that the vendor has a large quantity of spares, including an engine, axle and doors etc. which are available by separate negotiation. 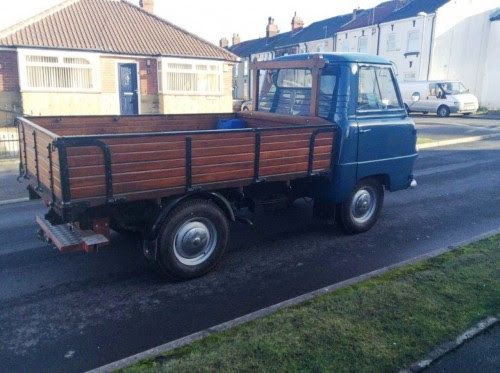