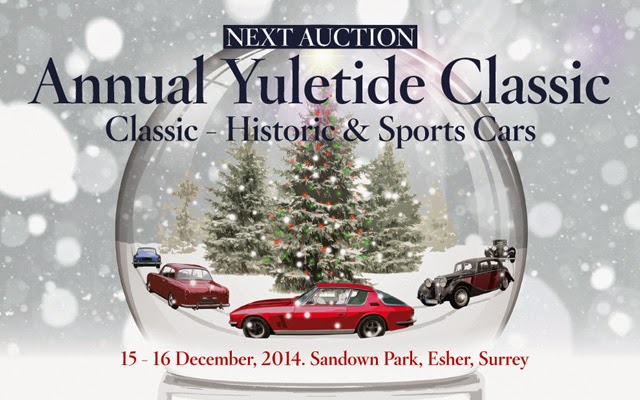 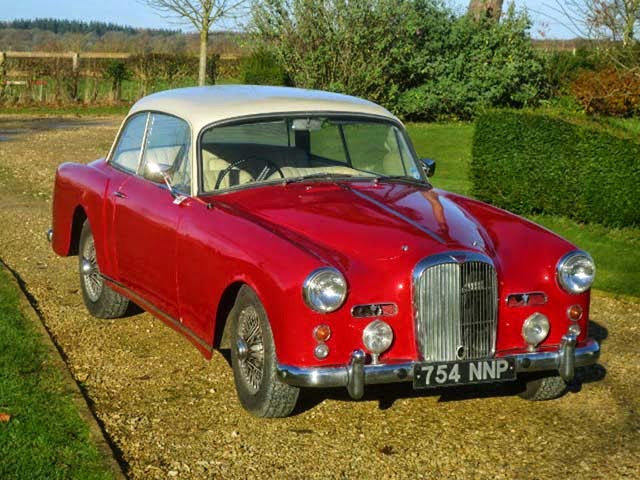 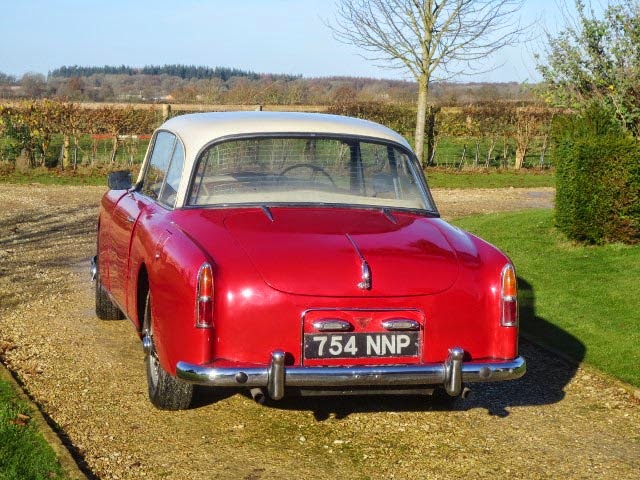 The Alvis TD21 was launched in 1958 with an attractive lightweight body based on a design by Graber of Switzerland. The chassis and 3-litre engine were similar to the previous TC21 models and the coachwork was built by Willowbrook and Park Ward, renowned for their association with Rolls-Royce and Bentley.  The car offered luxury high speed in elegant comfort and, together with its later developments the TE21 and TF21, became popular with numerous well-known people including HRH the Duke of Edinburgh, Douglas Bader, Frank Muir and Nicholas Parsons.
This car was built in late 1960 and was originally a works car bearing registration ALV15.  Research shows that in around 1970 it suffered an engine failure and the opportunity was taken to have the car overhauled by a marque specialist by fitting new body panels, and replacing the engine and driveline with the more powerful version taken from a TE21, including four wheel disc brakes.  The car was subsequently owned by the General Secretary of the Alvis Owners Club and more lately it spent 9 years in Belgium before being repatriated by the present owner last year.  The car now has sprightly performance and excellent road manners combined with its traditional coach built driving ambience.
The body work is rust free with only minor blemishes. The interior is generally in fair condition although the leather upholstery would benefit from cleaning and re-nurturing.  Mechanically the car is in sound condition although there is some gearbox noise evident at idling.  The car has an MOT valid until mid-May and comes with a stack of invoices and old MOTs etc. outlining its history. 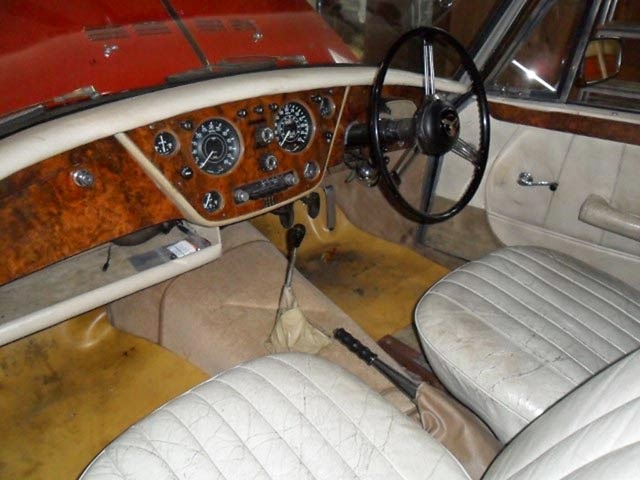 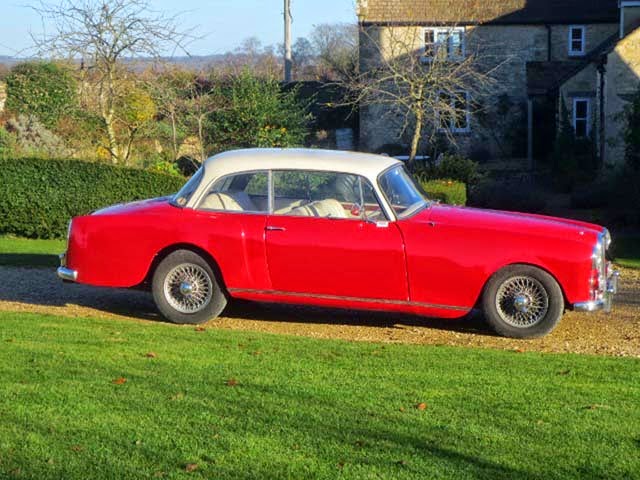