" CROSSING THE BLOCK"
In Association with
The final look at an up coming lot from Historics final sale of 2014 to be held at Mercedes Benz World on Saturday 29th November.
The Summer may well becoming a distant memory, but it's never to drive the country lanes with the wind in your hair and the odd fly in your teeth, so our choice today is this smart looking British classic .
1967 TRIUMPH HERALD CONVERTIBLE 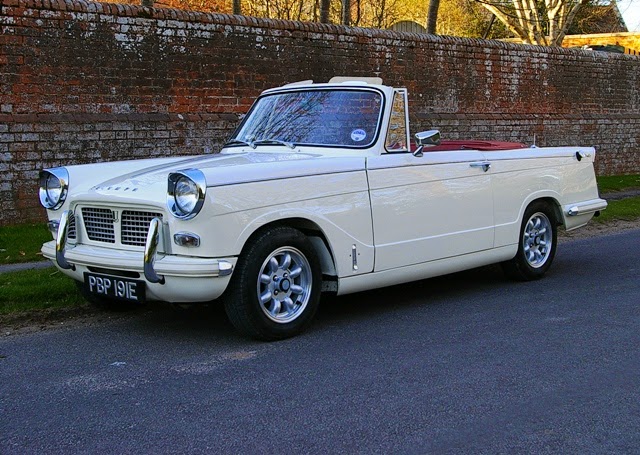 We are delighted to offer this rather special Triumph Herald Convertible. The original sales invoice shows that the car was supplied by Brook Lane Garage, Ferring-on-Sea, Sussex on the 10th February 1967 to a W.B. Shaw Esq., of Preston, Sussex. The specification states quote, "One new Triumph Herald Convertible with heater and disc brakes finished in N. White with red vynide trim and Black Soft Top and complete with equipment as per Maker's specification". All this including purchase tax, delivery charge ex works, anti freeze, number plates, road fund licence, undersealing and four gallons of petrol all for a staggering seven hundred and sixty three pounds and twelve shillings! The Herald stayed within the same family until 1993.

In 2000, a comprehensive restoration began with the aim of achieving concours standards. The little Triumph was stripped to its bare chassis with a new unused chassis found in a technical college replacing the original. Mechanically, everything was either replaced or overhauled, including a new differential and a rear suspension swing arm conversion (reduces the infamous Herald wheel tuck under). The original engine was rebuilt and balanced using new pistons and rings, an unleaded cylinder head and fitted with Spitfire twin SU carburettors and a stainless steel four branch tubular exhaust manifold. An electronic revolution counter has been added as well as a Triumph Spitfire D-Type overdrive gearbox to aide more comfortable cruising. In fact, everything has been overhauled or replaced. The interior is a joy with a dashboard that may be described as perfect. The hood is put down easily and tidied by the hood cover; importantly, it is also quick and easy to erect. On the road the Herald performs admirably and with that extra performance it easily keeps up with modern traffic and takes inclines in its stride; the overdrive gearbox operates easily and quickly making cruising comfortable at speed.

The restoration resulted in Triumph Sports Six Club International Concours awards with Best in Show in 2001, Master Class Winner in 2002, Best Herald in 2003 and Best interior in 2004. It then won the TSSC South of England Best Herald title in 2008.
Arriving at the sale with a UK registration document and a fresh MoT test certificate, what is probably one of the very best Herald Convertibles remaining is ready to enjoy immediately 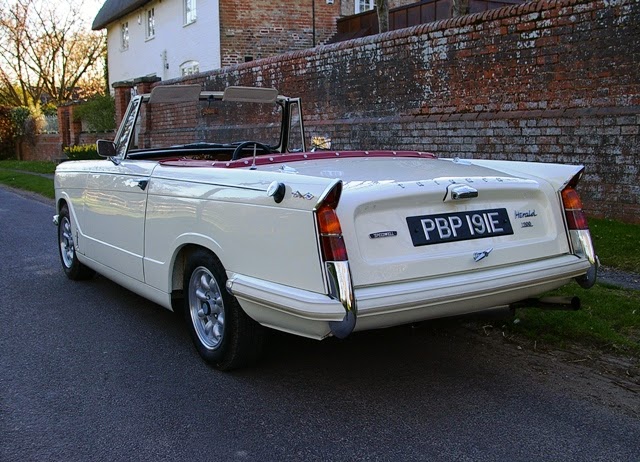 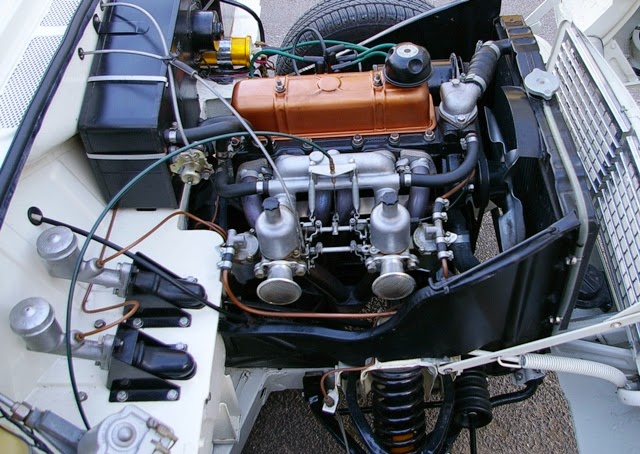 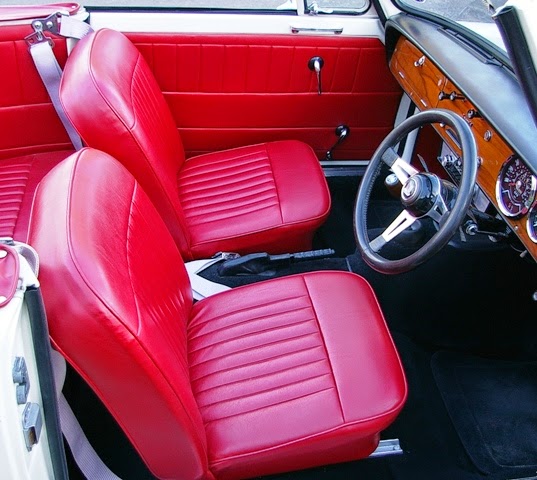 TEXT & IMAGES USED WITH PERMISSION OF
HISTORICS @ BROOKLANDS
Posted by jeffharris at 11:02