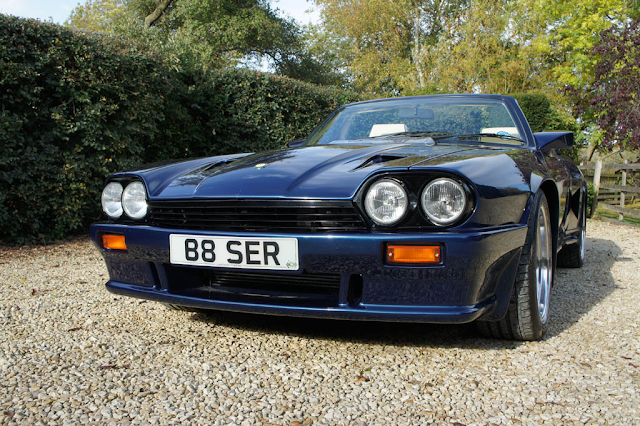 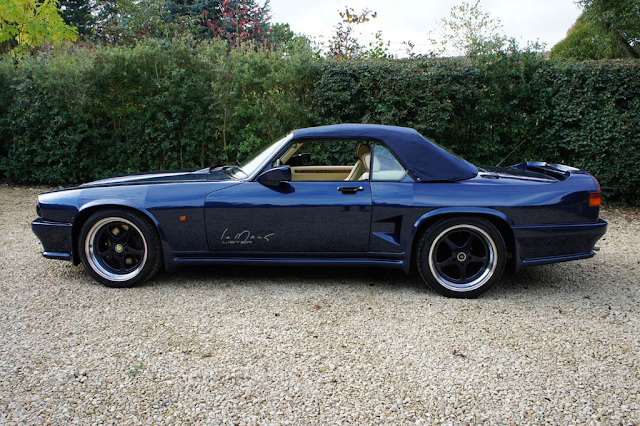 A lot of its life in private collections consequently only 15,000 miles from new• 7.0 litres of extensively developed V12 producing a staggering 604bhp• One of only five 'Le Mans' convertibles produced in 1990 • Finished in Rolls-Royce Royal Blue metallic with a blue-piped, magnolia leather interior• Cost new was a staggering £167,000, five times the price of the donor XJ-S!

Lister is one of the most renowned names in sports car racing history, the Lister-Jaguar, designed by Brian Lister, sweeping all before it during its first full racing season in 1957. Then, in recent years, cars bearing the Lister name have been a major force in GT Racing worldwide. From the early 1980s, the name has also graced some of the world's fastest road cars, after an agreement first with BLE Automotive and then WP Automotive resulted in a number of highly modified XJ-S models marketed as Lister-Jaguars. The famous Lister Jaguar connection made its commercial reappearance in 1986. Approximately 90 tuned Jaguar XJS 'Le Mans' were produced the emphasis being very much on 'supercar' performance. For those who felt the standard V12 Jaguar engine a bit insipid, Lister added a comprehensive tuning package. The fuel injection was modified with four additional injectors and throttle bodies. The engine management system was tweaked, the heads gas-flowed with larger valves, and to handle the power the crankshaft was nitrided, whilst Cosworth con-rods carried specially forged pistons. New bearings and a modified oil system were also deemed necessary in order to reliably deliver the 604bhp that it could now produce. Clearly, the suspension and braking were going to need some attention, and this they duly got. The car was made to look the part too, with a full body kit and superb Lister Recaro leather interior.
This Lister Jaguar is one of only five 'Le Mans' dropheads that were manufactured in 1990 using brand new XJ-S Convertibles as the basis. The car is powered by a Lister-converted 7.0-litre V12 engine equipped with twin Albrecht mechanically driven superchargers. Its stupendous power - 604bhp- is transmitted through a Ferrari clutch and a five-speed manual transmission to oversize (335x30x18) Goodyear F1 tyres. Almost certainly the most powerful British passenger car at the time of its construction, the Lister cost a staggering £167,000 when new, getting on for five times the price of the donor XJ-S!
The car offered here was registered initially as the company demonstrator until 1994, then sold to a Mr P. Miles who kept it for two years and then part-exchanged it back to Lister in 1996. It was then sold to a Mr S. Raven who continued to have the car maintained up to 1998 by Listers. It was subsequently sold in 2000 to the Heritage Attractions private collection, who kept it until 2009. With two further private owners between 2009 and 2013, it then became part of 'The Private Collection' in 2013.
Having spent more than half of its life in private collections, this Lister has only covered some 15,000 miles, is in excellent condition, and drives superbly. It has recently benefited from a service in April 2018 and £4,300 has been invested in new alloy wheels, a full exhaust system, and a fresh set of belts. Finished in Rolls-Royce Royal Blue metallic with a blue-piped, magnolia leather interior, this is a rare 'supercar' from the early 1990s, with a pedigree back to Jaguar's glory days of the fifties and sixties. Its physical presence could not be more evocative, a 'Bare-Knuckle Boxer in a Gentleman's Overcoat', the proverbial 'Iron Fist in a Velvet Glove'.


Supplied with an extensive history, past MoTs and a current one until April 2019 (with no advisories), this dramatic car will reward any inspection. 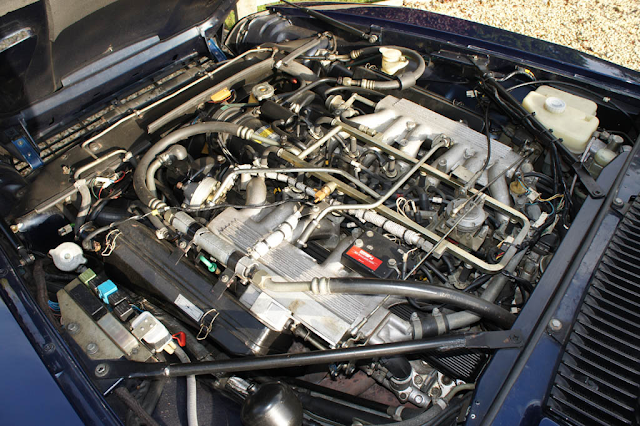