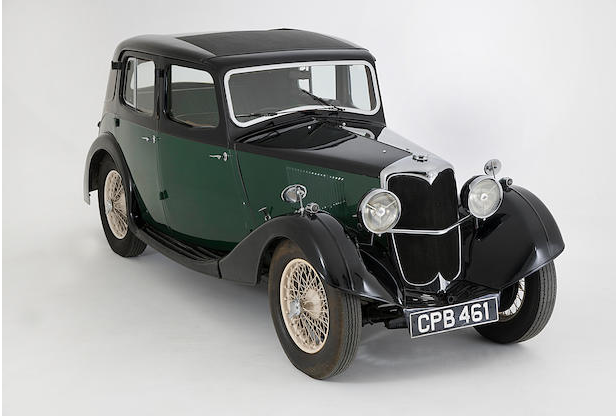 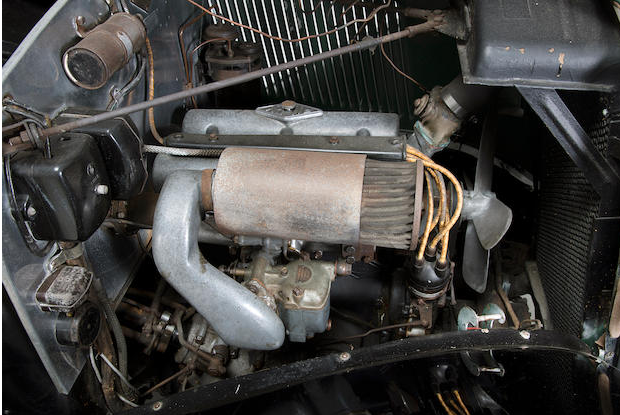 • Dating from the first year of production 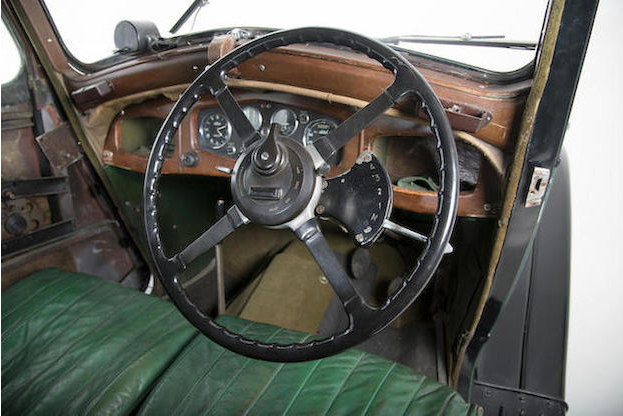 'September 1934 heralded the introduction of a new 1½-litre range of cars from the Riley stable, rather a case of "Something Old – Something New" in a way. Two features made it something old: it was a revival of the four-cylinder 1½ litre engine format – extinct as far as Riley was concerned since 1928 - and it incorporated most of the design features of the now-famous Nine. Two features made it something new: it was a completely new range of cars with an engine designed by a newcomer to the Riley design team – Hugh Rose.' – David G Styles, 'As Old as the Industry: Riley 1898-1969'.First introduced in 1926, Percy Riley's 9hp, 1,087cc, twin-camshaft four was an outstanding engine design by any standards, various versions powering Rileys until 1957. Looking to all intents and purposes like a twin-overhead-camshaft design, the Nine's cross-flow cylinder head featured hemispherical combustion chambers and valves inclined at an included angle of 90 degrees. The twin gear-driven camshafts were mounted high in the block, operating the valves via short pushrods. This successful high-camshaft layout was retained for the new Hugh Rose-designed 1½-litre four introduced in 1935. The Falcon saloon debuted on this new 12hp chassis, which was also available with the familiar streamlined Kestrel saloon and Lynx tourer coachwork, while the following year the range was augmented by the Sprite two-seater sports and three saloons: the Adelphi and six-light Kestrel on the 112.5" long-wheelbase chassis and the all-steel Merlin on the short-wheelbase (106") frame. Other noteworthy features of the 1½-Litre included Girling rod brakes, Armstrong-Siddeley pre-selector transmission, and Bijur automatic chassis lubrication. The well-liked 1½-Litre model in its various guises remained a fixture of the Riley range until the firm's take-over by Morris in 1938.This Riley Falcon was donated in 1980 to the National Motor Museum Trust who are its fifth registered owners. It has since been on long-term static display and following a collection review, this Riley Falcon has become available. We are advised that the engine and transmission are untested but the car runs. The front passenger door trim and offside interior door handles are currently separate from the car but will be included in the sale. Re-commissioning will be required before the car returns to the road. Offered with an old-style logbook and V5 registration document. 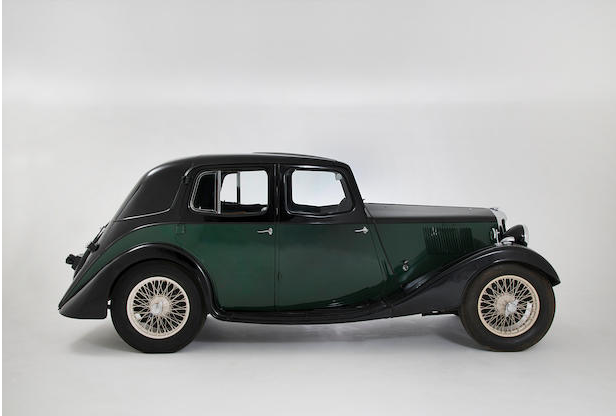 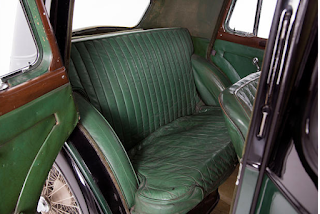 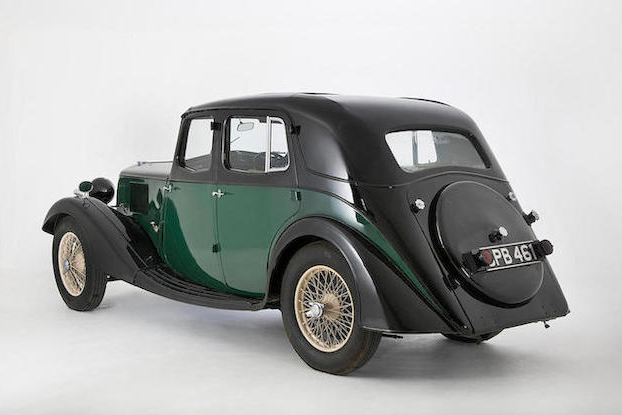