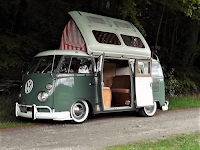 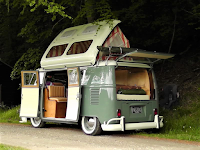 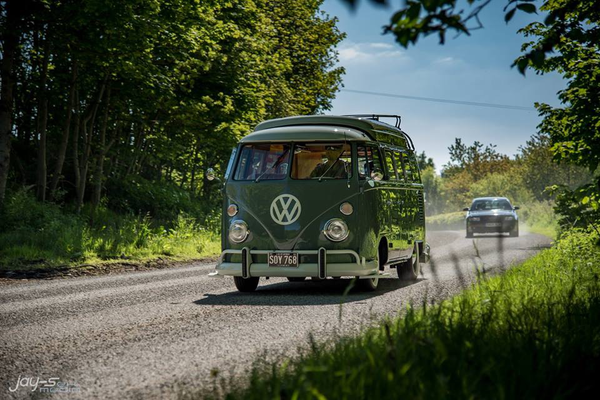 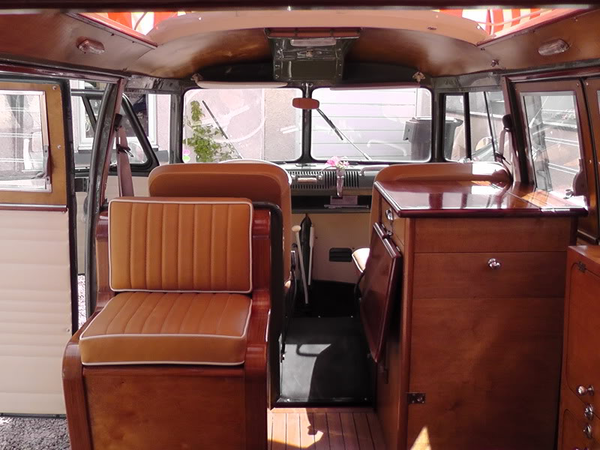 The Volkswagen 'Type 2' was introduced in 1950 as a multi-variant utility vehicle and was designated as a Transporter, Kombi or Microbus depending on body type. It was conceived as a natural partner to the Volkswagen Type 1, better known as the original 'Beetle'. The first generation of these versatile vehicles carried the works nomenclature T1 and were produced with distinctive split-screens (subsequently known as 'Splitties') from 1950 until 1967, and these have become the most sought-after models.

The Type 2 presented here, is extremely rare and widely considered to be one of only three 'Double-Door-Walk-Through' campers still remaining.  Its type, configuration and history are supported by both the all-important 'M-Code' plate and chassis number plate, which are proudly still in place, denoting it as the 'holy-grail' - cargo doors right and left/walk-through.

Built in Germany on the 26th August 1964, this Type 2 was exported new to San Francisco whereupon renowned camper company 'EZ Campers' of Little Rock, California set about installing one of their bespoke interiors with accessories, before it was sold through the main Volkswagen Dealership.  This camper still retains its exceptionally rare and highly desirable EZ front steps. The slogan at the time proudly declared ''EZ Camper will convert your VW 211 Van into a wonderful weekend cabin on wheels!''  This particular Type 2, with its double doors on both sides, lends itself to this mantra perfectly, with the potential for a tent awning on either flank.

It is known to have spent most of its life in the Sacramento area, having been owned by a local airport worker.  After a period of inactivity, it was bought at a VW Show in Vallejo by 'Vintage Warehouse' who are a globally renowned company specialising in unique and unusual Volkswagens.  It was used by the company owner for a number of years, and it was during this period that it was fitted with its 'pop-top' and double-roof bunk arrangement.  It became something of a star after appearing in a series of 'Tent Day' photo-shoots which are very well known to Volkswagen aficionados.  These images are present in the history file, along with much more.
The camper was imported into the UK in 2005 and subsequently subjected to a no-expense-spared traditional method of restoration done by 'Volksworld' show-winners 'Haywood Classic & Custom'.  Its ownership file contains many receipts, totalling approximately £50,000, plus photographic evidence of the step-by-step restoration process. Its condition today is quite exceptional and presents well in the sophisticated colour combination of Agave Green (L240) and Silver White (L820).

Using the original 'EZ Campers' template, whilst retaining the original EZ pull-down bed, the whole interior has been significantly upgraded with the use of teak and marine-ply, all professionally installed and French polished. The leather seating was created by the multi-show winning 'Bernard Newbury Auto Interiors'.  It has been completely rewired and fitted with an 'Eberspacher' heater, very effective in these vehicles, and great attention has been paid to insulation and sound deadening.  With its EZ bed and double-roof bunk beds, it comfortably sleeps four people.

The engine is a genuine 'new-old-stock' 1600cc twin-port, single carb and points, VW unit purchased directly from the VW factory in Mexico.  This was sourced and installed with all new ancillaries (fuel pump, uprated alternator etc.) in 2008.  It has been serviced regularly,  performs extremely well, and has covered just 5,000 miles (approximately).  The gearbox was overhauled by 'Bears Motor Sport UK' in 2016 and the brakes have been upgraded with discs on the front and drums at the rear.

With the restoration completed in 2012, the camper has been used sparingly since and has been cherished following its detailed restoration and build.  This special camper has largely been kept out of the public eye, known only to a select few within the VW community, but on one of the rare occasions it has been 'out & about', it won a national show!

Rarely does such a rare and individual Volkswagen come to market and we welcome any inspection. 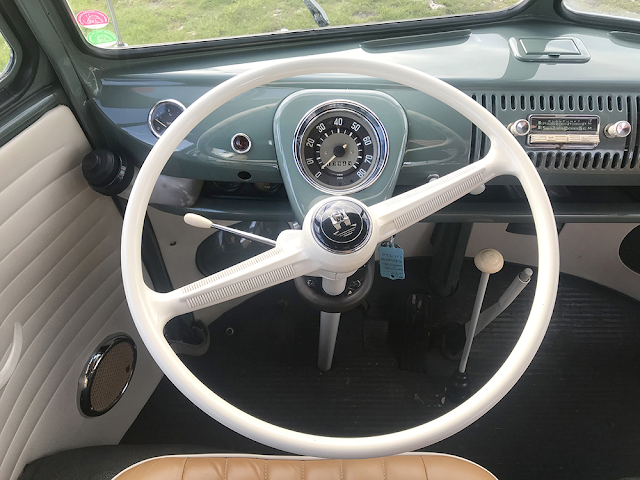 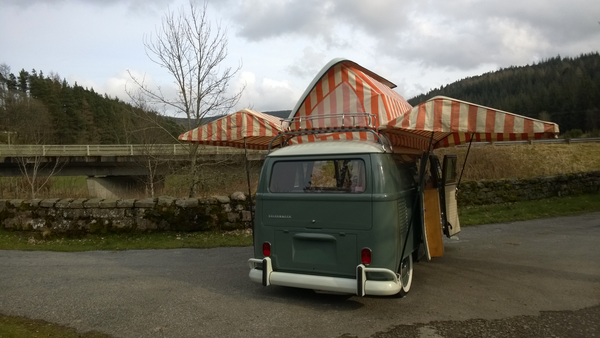