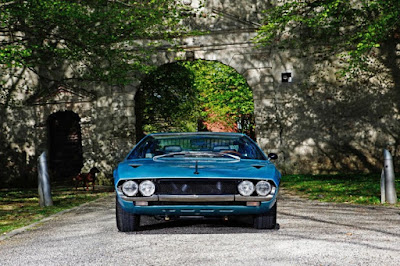 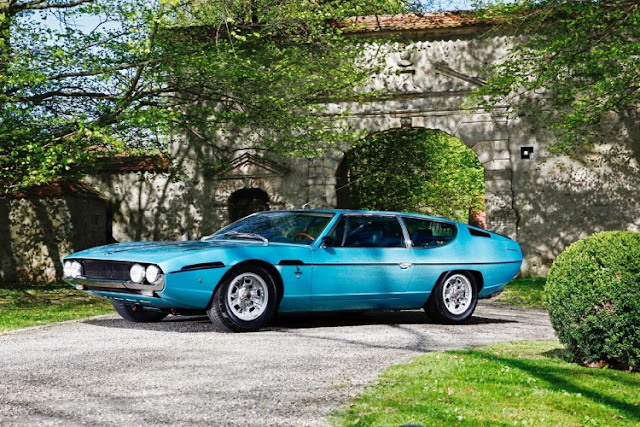 FROM THE COLLECTION OF DOTT. FABIO LAMBORGHINI 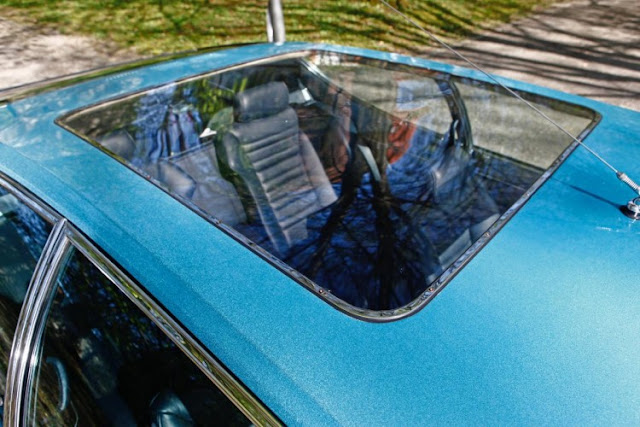 On May 18th, 1969, 7293 followed in the footsteps of the cutting-edge Bertone Marzal concept car when it made its public debut at the Grand Prix of Monaco. Prior to the start of the race, the metallic blue Espada completed parade laps around the circuit, with Prince Rainier III at the wheel and Princess Grace and his son Albert II, the later and current monarch of Monaco as a passenger.
The following week, Lamborghini export manager Sig. Salgarella wrote to Mr Davis, the original owner who ordered the Espada to inquire if he had seen the Lamborghini’s dramatic unveiling, stating that, “On television, the Espada was shown 7 minutes all over the world and 22 minutes in Europe. Your car is really magnificent.” On May 29th, 1969, Mr Davis’ Espada arrived in Boston aboard an Alitalia Super D6-8 cargo plane. In October 1969, the Espada was exhibited at the New England International Auto Show and was featured in the Boston Sunday Globe, with the headline “Auto Show Spotlights Italian Beauty.” Over the next few years, the custom-built Espada was displayed at numerous car events throughout New England and it never failed to draw a crowd.
The history of this unique Series 1 Espada can be traced back to its first owner, Franklin S. Davis of North Reading Massachusetts. At Carrozzeria Bertone, Mr Davis’ Espada, chassis 7293, was uniquely equipped with a large Plexiglass roof section and finished in a dazzling 15-coat metallic-flake paint job, as seen on the one-off Miura Roadster. Following its service at Wynn’s Car Care Products, the magnificent Espada eventually passed to a collector in Florida. New York collector Adam Gordon next acquired 7293 and displayed it at the Quail Motorsports Gathering in Carmel Valley. Since 2009, the Espada has been a fixture in a prominent Texas collection. With its bespoke features, rich documentation, and singular status as the 1969 Monaco Grand Prix parade car, 7293 possess all of the qualities one looks for in a thoroughbred Italian exotic.
This rare, historic, and charismatic example of the original four-seat supercar presents an exciting opportunity to acquire an important Lamborghini during the 50th-anniversary celebration of the legendary Lamborghini Espada. Restored in 2013 but in its first and original paint, signed by Prince Albert II of Monaco in 2014, now 50 years later it is back in Monaco for this historical moment today.
The car comes with US papers and new German TUV documents. All taxes and duties for the EU have been paid.A once in a lifetime chance to acquire such an important cornerstone of Lamborghini and Monaco history. 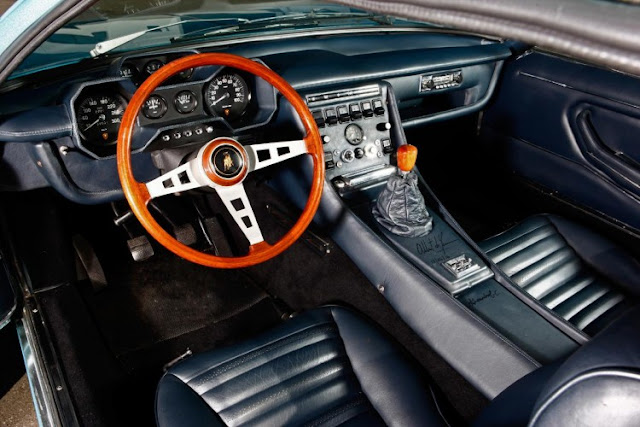 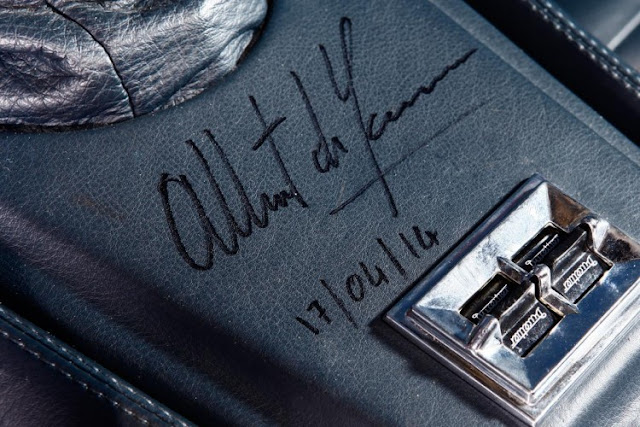 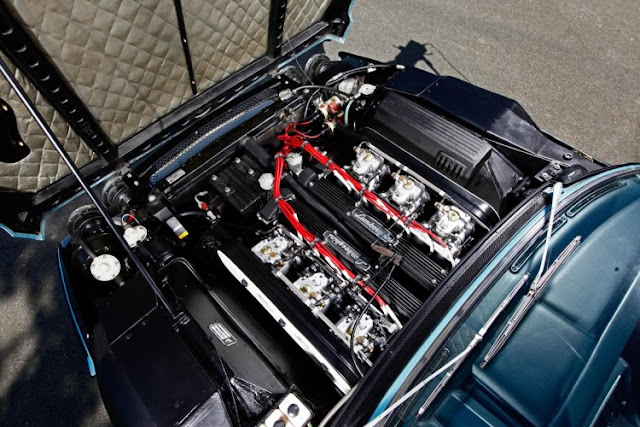