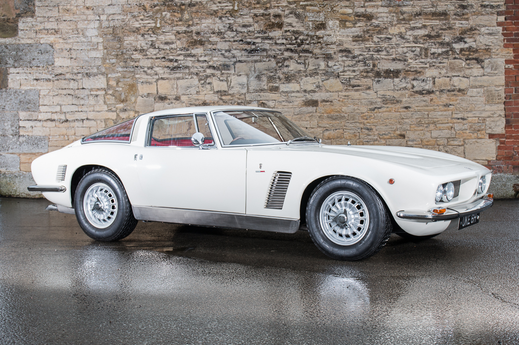 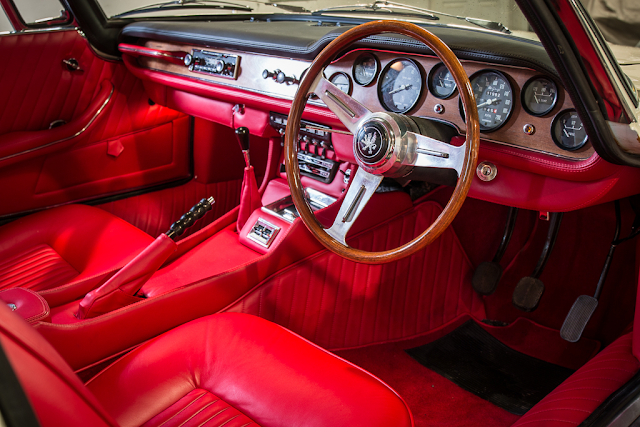 From a company that brought us the tiny Isetta bubble car, it seems hardly likely that one of their next creations would be a V8 powered GT car, however, in 1965 Renzo Rivolta did just that with the magnificent Iso Grifo.
Based on a shortened chassis of the Rivolta GT, Iso's first four-seater GT car, the Grifo used a variety of American V8 engines to take the fight to the established leaders in the 'Grand Tourer' segment. At launch, the Bertone styled Iso Grifo was considered to be one of the most beautiful cars in the motoring world, and its swooping curves and masculine lines are still striking to this day.


The Grifo in question here is an early Series I car that, according to a Certificate in the history file, was built in December 1966. It was fitted with a Chevrolet Corvette 'Small-Block' 327 coupled to a Borg-Warner four-speed manual gearbox. It is one of only 26 right-hand drive Series I Grifos to be built and was originally owned by Mike Hailwood, who was the reigning 250cc motorcycle World Champion at the time, and it is believed he initially used the car in South Africa. 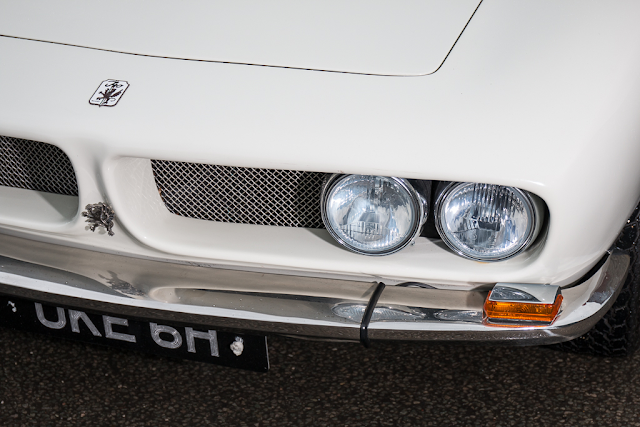 Few sportsmen have made such an indelible impact on the fast-moving worlds of motorcycle and car racing as the legendary Mike Hailwood. The son of a very comfortably off Oxford businessman who bought him the best machinery that money could buy, he quickly cast aside the 'rich kid' image which had been thrust upon him, to earn the respect and admiration of his peers through the enormity of his talent, the strength of his personality, and his outrageous sense of fun.
He won nine motorcycle World Championships between 1961 and 1967, then turned to four wheels, following in the wheel tracks of his mentor and friend, the late John Surtees CBE, with whose cars he became European Formula 2 Champion and began his Formula 1 career. In time, he might well have added a Formula 1 World Championship to his list of achievements, but his motor racing career ended abruptly in 1974 when he crashed his McLaren at Germany's daunting Nurburgring.
Disabled by his leg injuries, he retired to New Zealand, where he quickly became bored, and by 1978, at the age of 38, he was back at the Isle of Man, the scene of so many of his earlier triumphs, not only to race bikes once again but to take on and beat the entire field. His victorious return to 'The Island' has been described as one of the most emotional moments of 20th-century sport.


In 1970, this Grifo (chassis 081/D) was brought back to the UK where it has remained ever since and there is a very impressive history file accompanying this very special car with extensive documentation. Our vendor informs us that the car we have on offer here was the first of Mike's Grifos. The second Grifo, which he owned later (chassis 162/D) was the famous Canary Yellow car that in 1969 came upon a trio of cows in the middle of the road in South Africa whilst the car was travelling at considerable speed. Mike selected the central one as the smallest target and sadly the cow is no longer with us but Mike and his passenger were uninjured although the Grifo didn't fare too well. Just to be clear, the Iso Grifo we are offering here is not that car. There are numerous records and anecdotes of what Mike got up to with his Grifos and all this can be read with much amusement in the owner's file. 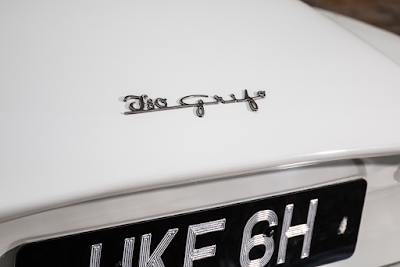 Offered in its factory original exterior colour of Bianco Polo Park, the car is presented in superb condition externally and will reward any inspection. The interior has been retrimmed in contrasting red leather creating a superb environment. We could go on, but this is a car that simply has to be examined in the metal, so we encourage any pre-sale inspection.
With the reliability and muscle of American V8 power and the head-turning good looks of its Italian-penned bodywork, the Iso Grifo really did offer the best of both worlds. Its performance was spectacular, making it one of the fastest production cars available for most of its production life.


#081/D is an extremely rare and topical car accompanied by a very impressive history file that offers truly unique provenance. This is a true collectors car in every sense of the word and an opportunity not to be missed. 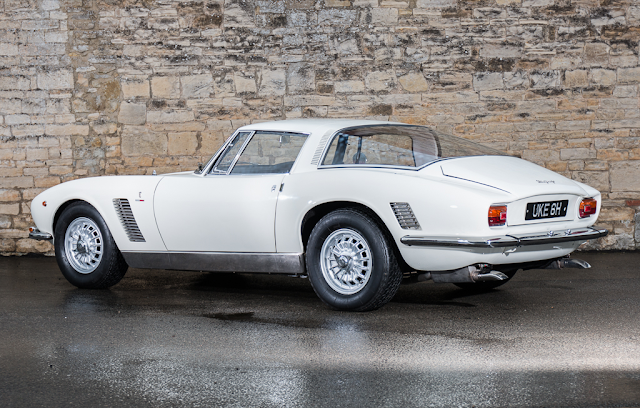