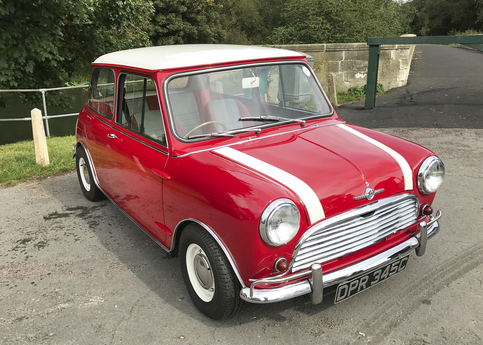 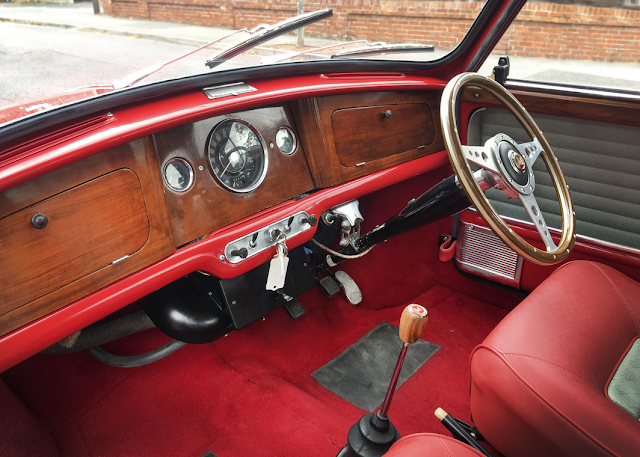 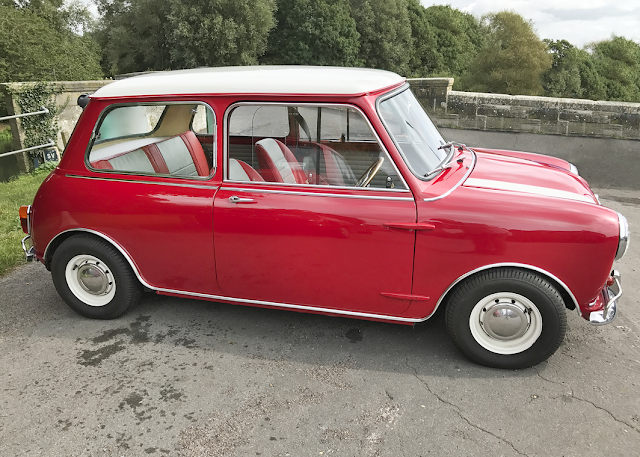 Offered here is Morris Mini Cooper 1275 S that has remained in the ownership of just two families for its entire life and has an interesting and complete backstory in the comprehensive history file. It was originally sold by The Babbacombe Garage of Torquay and delivered to a Mr H. Harris Esq. of Glenferness Avenue, Bournemouth as detailed on the original sales invoice, dated 4-11-1964, which remains with the car. The Heritage Certificate confirms that the Mini was built on 2-12-1964 and despatched two days later to Phil Read Ltd. of Torquay. Mentioned on the original invoice is delivery to Harold Radford (an extra £8) for additional bodywork and trim modifications. Harold Radford was a successful South London coachbuilder, known for his work on Bentleys and Rolls-Royce, who formed a separate company creating bespoke bodywork and interior conversions for the Mini range, culminating in the celebrity-acclaimed Mini-de-Ville.

Presumably, the Cooper S was sold for a premium as the first named registered owner was Horace Harris of  93 Wardour Street, Soho. The registration number was 1 ELH as detailed in the original buff logbook. Again, the logbook shows that the original Surf Blue and White was changed to Grey to match his Rolls Royce at the beginning of 1967. Mr Harris passed ownership over to his son (PJ Harris) who had the Mini restored in the mid-seventies and the personal plate was replaced with GYV 17C (1-10-1974).

It was during this time that the Cooper underwent further modifications with the accent on performance and benefitted from the expertise of  Downton Engineering. The engine was bored out to 1291cc, an H.R.G. Alloy Rocker covered a 731 rally cam, and twin HS4 carbs on an upgraded manifold were fitted. Lowered (dry) suspension was added, MKII rear lights fitted (which have subsequently been removed and replaced with MK1 lights), a MKII dashboard fitted (the brochure for this item is among the documents) and of course an original green Downton boot lid plate was attached. During this time, the colour of the vehicle was changed back to Blue (but not Surf Blue) and White, however, the interior remained grey.
In 1984 the Mini was purchased by our vendor's mother as a 40th birthday present to her husband from the Bournemouth Mini Centre.
In late 2004 it was decided that a full restoration was required and the colour was changed to Tartan Red as it’s well regarded to be the ‘colour’.
The indicated mileage is 34,990, which is not warranted, although there are sufficient older MoTs to suggest it might be correct
This super original 1275 Cooper S with a fascinating and well-documented history and a comprehensive ‘cache’ of relevant literature is such a significant find for collector or enthusiast alike. Absolutely charming and just so '1965'. 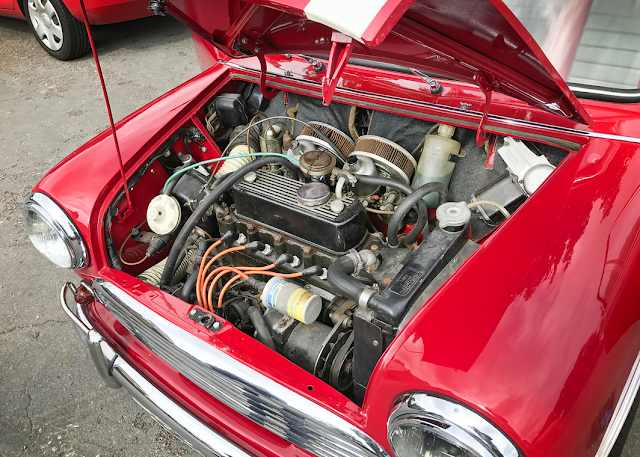 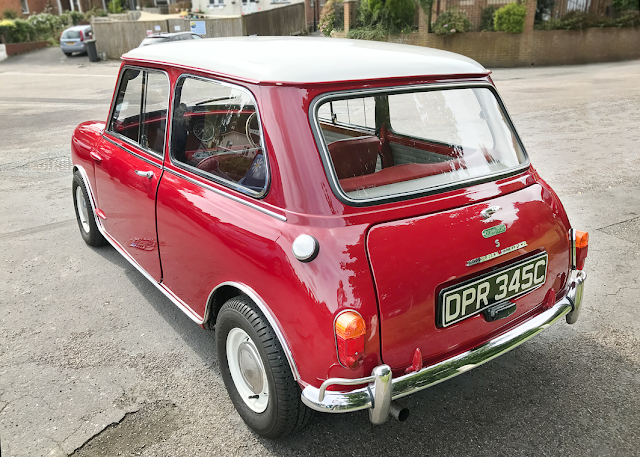