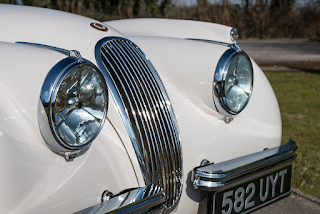 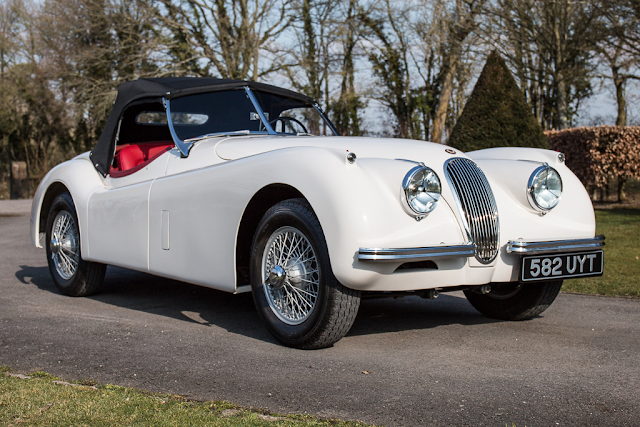 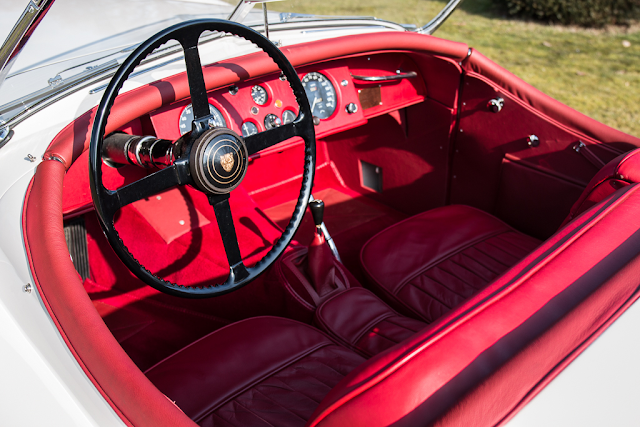 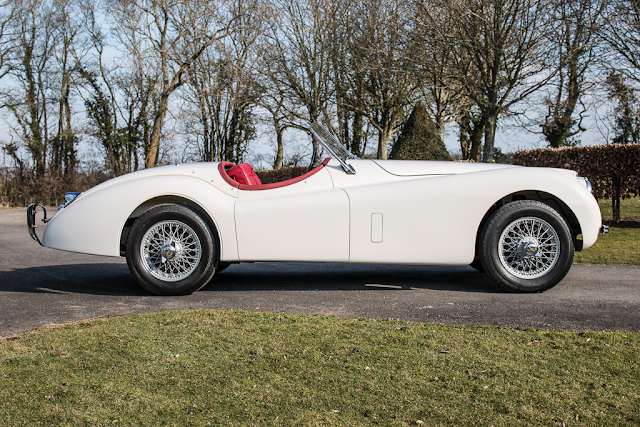 Launched in Roadster form, at the 1948 London Motor Show as a test bed and show car for the new Jaguar XK engine, the level of acclaim was such that Jaguar founder and design head, William Lyons, put the XK120 into production. The first roadsters, hand built with aluminium bodies on Ash frames mounted on modified Jaguar Mark V chassis, were constructed between late 1948 and early 1950. In order to meet the unexpected demand beginning with the late 1950's cars, all bodyshells were pressed steel, although they retained aluminium doors, bonnet and boot lid. With an alloy cylinder head, hemispherical combustion chambers, inclined valves and twin SU carburettors, the dual overhead cam 3.4-litre straight six engine was comparatively advanced for its time and developed 160bhp. Development of the model continued with the introduction of the Special Equipment, or SE, in 1951 which boasted an extra 20bhp, bringing it up to 180bhp, and the styling enjoyed a few subtle changes.

According to its Heritage Certificate, this remarkable Jaguar XK120 was built in left-hand drive form, finished in Cream (Old English White) with a Red interior and rolled off the production line on the 10th August 1954. It was subsequently despatched from Browns Lane on the 26th to arrive at the distributors in Hornburg, Los Angeles in late September. It was destined for its new owners,  Benjamin C and Anita Shaul, and we imagine there are worse places to be than in California during the 'Fall of '54 with a brand new, white Jaguar Roadster.

The car returned to the UK in 1987 and commenced a gentle restoration which was to take 29 years. The body was removed, the chassis stripped and powder coated, the engine rebuilt, everything rebuilt really before being painted its original white. It was superbly retrimmed in its original red with a new black hood, frame, side-screens and a red tonneau cover. There are a number of invoices and photographs supporting the work, some from EJ Greenaway, other invoices, a large history file, a workshop manual and the Heritage Certificate.

Eventually, in 2016 the XK was re-registered with, we imagine, a sigh of relief. The Jaguar has only covered a nominal mileage since its restoration and further detailing has continued resulting in the spectacularly well-presented car you see today. In gleaming Old English White, with a bright red interior and sitting on silver wires, this 120 OTS is the quintessential British fifties classic and simply must be seen to be appreciated. 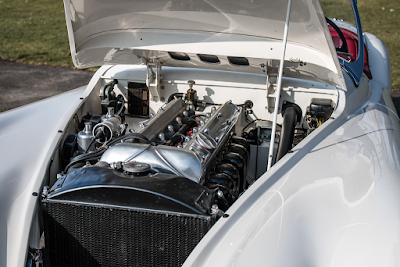 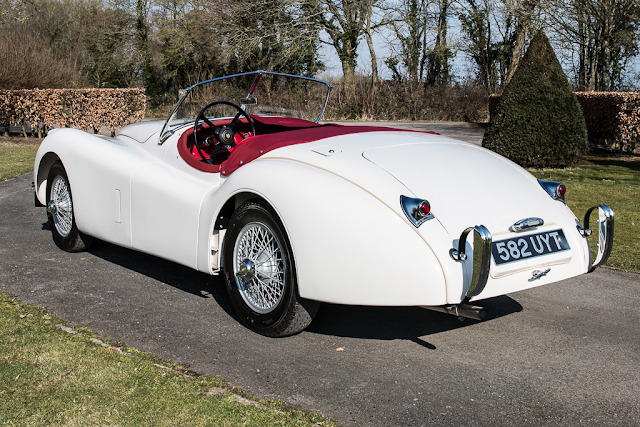 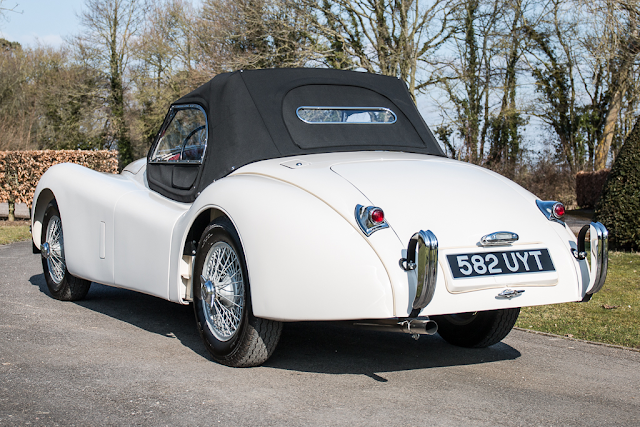