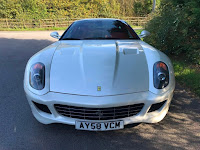 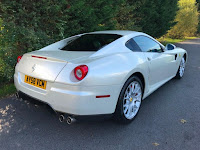 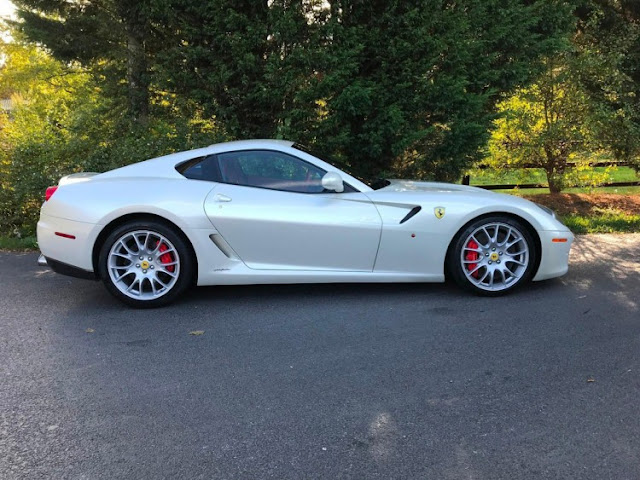 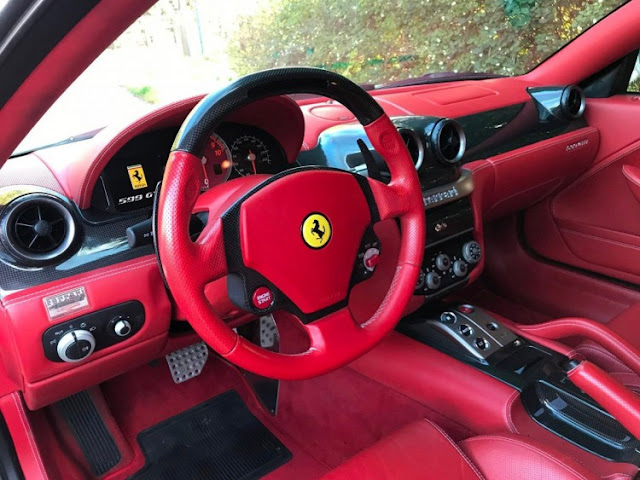 Introduced at the 2006 Geneva Motor Show, the 599 GTB Fiorano took its name from Ferrari’s famous test track and was the latest in a succession of models named after places associated with the marque such as Modena and Maranello. Having favoured the mid-engined layout for its 12-cylinder road cars from the mid-1970s to the late 1990s, Ferrari surprised everyone by introducing the 550 Maranello. The latter’s arrival in 1997 saw the Italian manufacturer return to its tradition of building front-engined V-12 two-seater sports cars, resurrecting a line that had remained dormant since the demise of the 365 GTB/4 ‘Daytona’ in 1974. The 599 was the latest in this noble line that stretched all the way back to the 250GT of the early 1960s. In designing the 599, Ferrari abandoned the tubular steel chassis of the 550/575, adopting a more advanced and lighter all-aluminium chassis of greatly increased stiffness. Styled by Pininfarina under the direction of Ferrari’s Frank Stephenson, the 599 with its long bonnet, small cabin, raised haunches and aggressive stance seemed the very definition of the term ‘sports car’. 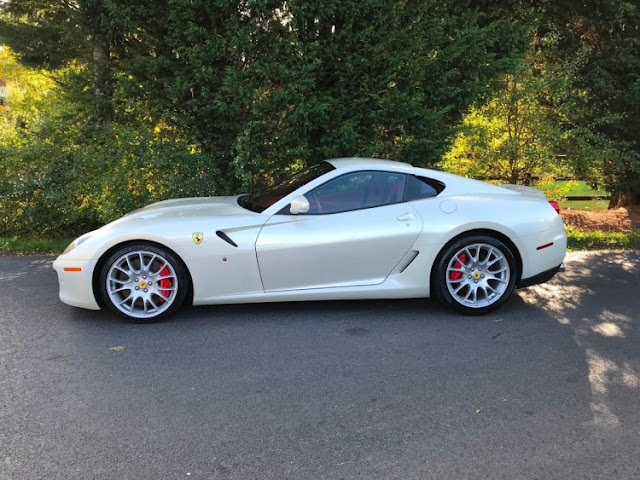 The heart of any Ferrari is its engine, and the 599’s 48-valve, 6.0-litre V12 was a reworked version of that found in the Enzo supercar. Developed as part of Ferrari’s Formula 1 program, the paddle shift gearbox had become a feature of its range-topping sports cars and was available in its latest form for the 599, capable of changing gear in a mere 100 milliseconds. Although active suspension had long been banned from Formula 1, its development for road cars had continued and the 599 came equipped with SCM magnetorheological ‘semi-active’ dampers. The latter’s damping fluid changes in viscosity almost instantaneously when a magnetic field is applied, thereby altering the suspension characteristics. Damper controls were placed on the Formula 1-style steering wheel together with those for traction control and stability, as was the starter button. The 599’s fortunate driver would find him/herself looking at a central analogue rev counter flanked by a similar speedometer and an electronic display screen for all other functions. Ferrari thoughtfully provided plentiful storage space within the sumptuous leather-trimmed interior.
First registered in 2008 this particular 599 left the factory as a special order, finished in a head-turning colour combination of Peal Bianco Avus with Rosso Daytona sports interior along with a number of additional options listed below.
Offered with full-service history, previously maintained by Jeddah Ferrari, the car has just been fully serviced by Ferrari Colchester. Included in the cars history file is its UK Logbook, keys, owners pack and a MoT due to expire in April 2019.

With only 30,000 miles recorded, as one would imagine the car is in excellent condition throughout. Considering how expensive these cars were from new, let alone with the options mentioned above, this car can very easily be considered a bargain. 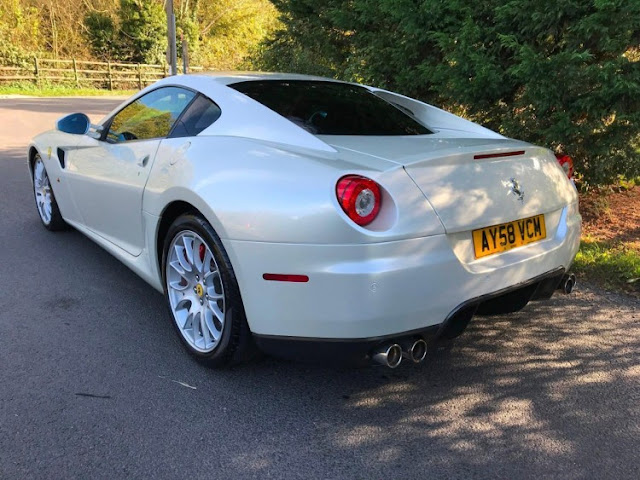