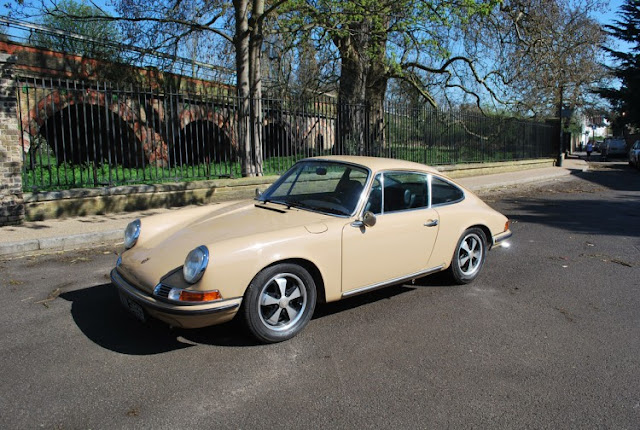 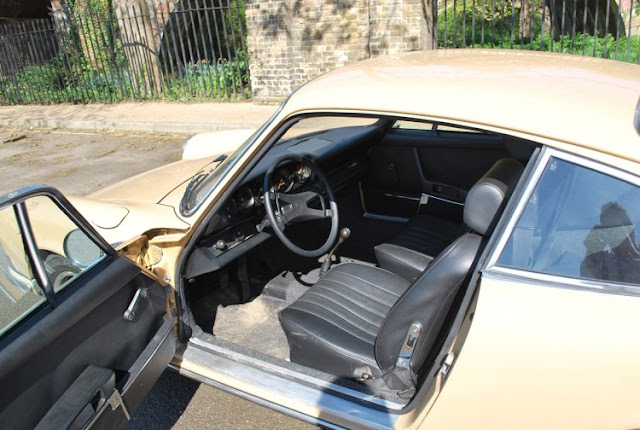 The 911 is the best Porsche ever – all the vices of the old suspension have been eliminated, and the modern offbeat styling should have a much broader appeal than the old bathtub shape. The overhead-cam, air-cooled flat 6-cylinder engine, the 5-speed all-synchro transmission, and the 4-wheel disc brakes are irresistible to anybody who ever felt a flicker of desire for any Porsche in the past.’ – Car & Driver.
Porsche’s long-running and much-loved 911 sports car first appeared at the 1963 Frankfurt Show as the ‘901’, but shortly after production proper commenced in 1964 had become the ‘911’ following Peugeot’s complaints about the use of ‘0’ model numbers. The preceding Type 356’s rear-engined layout was retained but the 911 switched to unitary construction for the bodyshell and dropped the 356’s VW-based suspension in favour of a more modern McPherson strut and trailing arm arrangement. In its first incarnation, Porsche’s single-overhead-camshaft, air-cooled flat six engine displaced 1,991cc and produced 130bhp; progressively enlarged and developed, it would eventually grow to more than 3.0 litres and, in turbocharged form, put out well over 300 horsepower. The first of countless upgrades to the perennial 911 came in 1966, two years after production had commenced, with the introduction of the 911S. Easily distinguishable by its stylish Fuchs five-spoked alloy wheels, the ‘S’ featured a heavily revised engine producing 160bhp. In 1967 the 911T (Touring) was introduced as a new base model, initially with the 2.0-litre engine in 110bhp form before gaining the 2.2-litre unit along with the rest of the range in 1969, by which time the 911’s wheelbase had been extended by 57mm to tame the sometimes wayward handling. Such was the 911’s success that within a few years Porsche was selling cars faster than it could build them, a state of affairs that led to a substantial proportion being manufactured by coachbuilder Karmann at its Osnabrück factory.
Sympathetically restored over 2016 and 2017 back to its original Porsche specification of sand beige with black leatherette basket weave interior.  Complete with Porsche certificate of authenticity confirming matching numbers and recent work totally over £20,000. 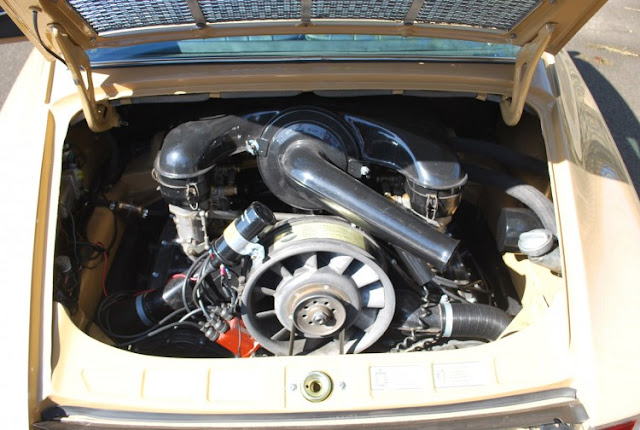 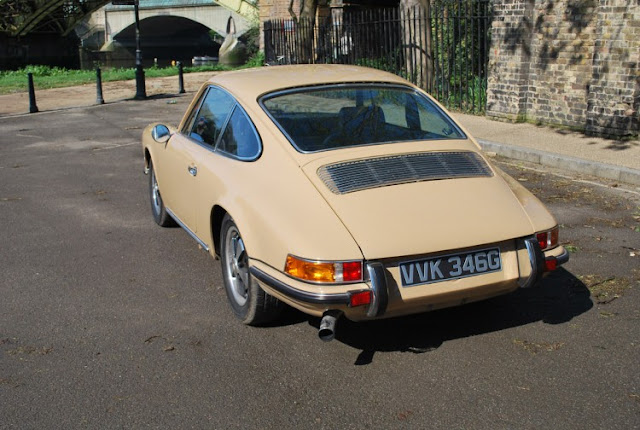