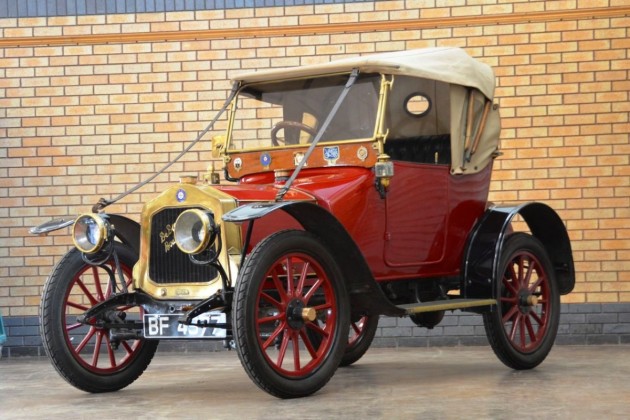 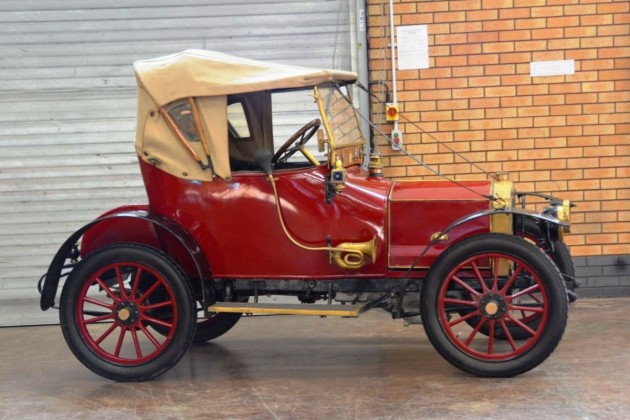 Among the most illustrious names at the dawn of the motoring age, aristocrat Marquis Albert de Dion and engineers Georges Bouton and his brother-in-law Trépardoux produced their first motorised vehicles in 1883.
Initially relying on steam power, they made their first petrol engine in 1894, a 137cc air-cooled single which proved so popular it became the leading proprietary unit for voiturettes of the era, being used in over 140 makes of car both in Europe and America. The switch to petrol was so opposed by Trépardoux that he resigned, though not before he had gifted the world his 'De Dion' axle design in which power is transmitted to the road wheels via universally jointed halfshafts from a final-drive unit attached rigidly to the chassis, while a tubular 'dead' axle accommodates both vehicle weight and wheel location.
Early De Dion cars were rear-engined and of the vis-à-vis type (where the passengers sat facing the driver) but from 1902 onwards the firm began to adopt what would become accepted as the conventional layout for a motor car. By this time, De Dion's fast-revving, single-cylinder engines were offered in 4½hp, 6hp and 8hp variants. All featured mechanical inlet and atmospheric exhaust valves and were noted for their reliability, which is borne out by the number surviving today.
By 1911 the 6hp DE1 was the smallest offering from the De Dion-Bouton range and their only single cylinder model. The chassis featured three-quarter elliptic rear springs, ignition was by HT magneto and forced lubrication was adopted. The engine, clutch, gearbox and shaft-brake were in unit and three-point suspended from the main frame. Power was transmitted via a leather-to-metal three plate clutch and final drive was by shaft. In the UK De Dion-Bouton (1907) Ltd of Great Marlborough Street, London, retailed the Model DE1 at £210 plus two guineas in tax.
Little is known of the early life of this 1911 DE1 but the story picks up in 2000 when it was sold at a Brooks auction in London. The Brooks catalogue description states that it had previously been acquired from a Belgian collection in 1982, then owned by a French doctor, Pierre Joseph Wincoz, before ending up in a Dutch collection from where it was consigned to the sale.
Documents on file show that it had previously been registered in Holland as 2AK 36, becoming APF 052 by the time it appeared in the Brooks auction. It seems to have sat idle and unregistered for the next few years, being finally UK registered as BF 4977 in October 2008. The following month it was acquired by one Anthony Charles Brown of Flackwell Heath, Bucks, his son stating that it was bought from a Mr Passey of Benson, Oxfordshire, an eccentric gentleman who had a barn full of interesting items.
A year later it was acquired by Reg Whapham of Woodhall Spa, Lincs. A retired coach painter, he repainted the car from its previous brown to the red you see today, also fitting discreet flashing indicators front and rear and a brake light to make it safer in modern traffic. He also rebuilt the engine with new big and small ends, keeping it for eight years before selling it to the current owner.
An experienced engineer, the vendor has made a number of further improvements including getting the Bosch magneto rebuilt. While working on the car the vendor also discovered a fragment of a French medical journal under the wooden boot floor, leading him to surmise that Doctor Wincoz had perhaps restored the car in the 1980s.
In very good order throughout, this delightful Edwardian two-seater retains many period features including the correct Solex Type M carburettor, brass hinged windscreen, Lucifer headlamps, scuttle-mounted side lamps and Le Stentor brass horn. A quality beige canvas hood and black hood cover are also present, both in good condition.
Five enamel plaques below the windscreen attest to former associations with the Automobile Club Charleroi, the Veteran Car Club of Great Britain Diamond Jubilee Rally in 1990, the Horseless Carriage Club of America 50th Anniversary gathering in 1987 and the Veteran Motor Car Club of America – although whether it has actually spent time across the Atlantic isn’t clear.
Documentation includes a V5C; Veteran Car Club Events Passport; instruction manual; wiring diagram; sundry correspondence; old photos of the car before it was repainted red; Solex Type M carburettor instruction book; technical literature about the model; the aforementioned Brooks catalogue page and a red and white APF 052 Belgian registration plate.
Only reluctantly for sale to free up space for a recently acquired project, this most interesting and appealing Veteran is eminently suitable for VCC or VSCC Light Car Section events and would be especially welcome at Amicale de De Dion Bouton gatherings. 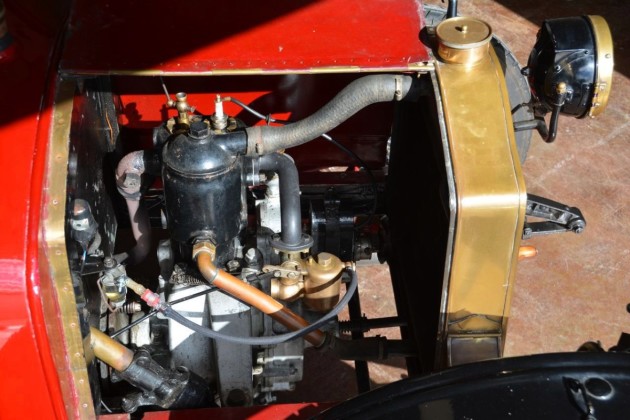 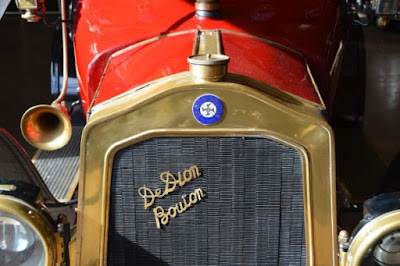