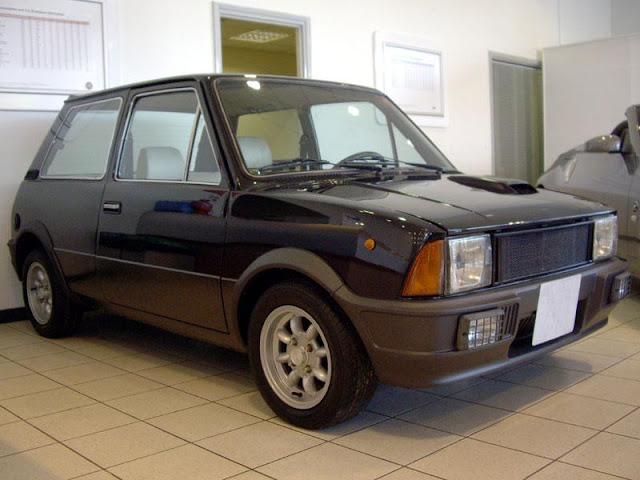 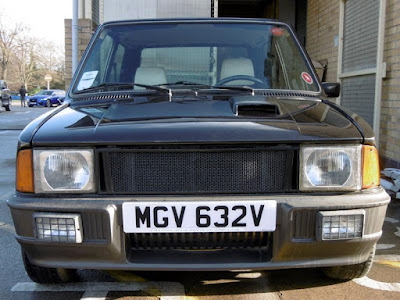 `We found it irresistible; an engaging little car with an on-the-road performance as chirpy as its appearance . . . there would surely be a market for it as a cult-car appealing both to chic-about-town Chelsea-ites, and "bring back the Cooper S" enthusiasts' (Motor magazine reviewing the Innocenti Mini de Tomaso) 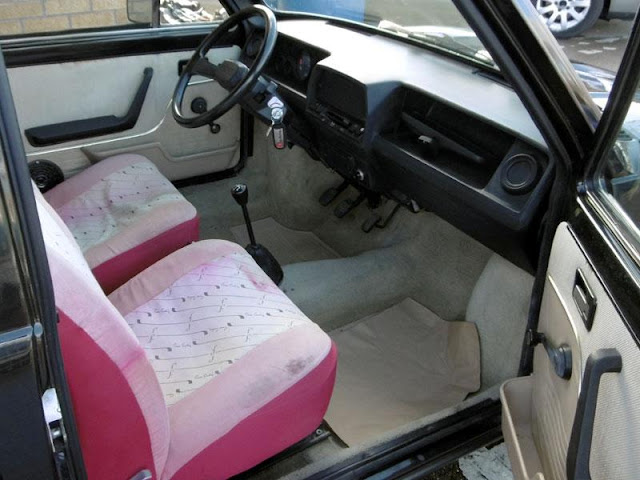 British Leyland's Italian subsidiary Innocenti unveiled a radically reworked three-door hatchback version of the Mini at the 1974 Turin Salon. Styled by Bertone, the newcomer could be had in 90L (998cc, 43bhp) or 120L (1275cc, 63bhp) guises but was powerless to prevent its British parent company's bankruptcy the following year. Snapped up by automotive entrepreneur Alejandro de Tomaso, Innocenti introduced a high-performance version named after him at the 1976 Turin Salon. Boasting some 71bhp (74bhp from 1978 onwards), four-speed manual transmission and dry rubber cone independent suspension, it handled and went like a Cooper S but looked rather more modern thanks to its moulded plastic bumpers, flared wheel arches, alloy wheels and prominent bonnet scoop. 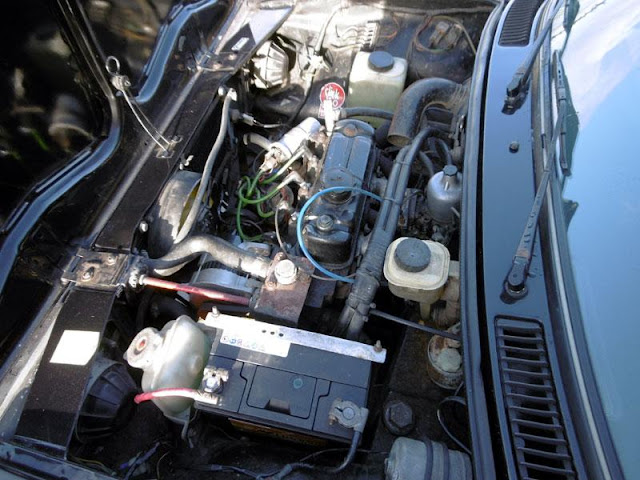 Finished in Metallic Black with Beige cloth upholstery, this particular left-hand drive example is variously rated by the vendor as `average' (interior trim), `good' (1275cc engine, gearbox, electrical equipment) or `very good' (bodywork, paintwork). Reportedly extensively restored by its previous owner who also entered it for car club sprints, the Innocenti has formed part of a private collection since 2000. Sparingly used over the past eighteen years and showing an unwarranted 91,000km to its odometer, this rare Mini is offered for sale with V5C Registration Document showing two former keepers since its importation during 1991 and MOT certificate valid until August 2018. 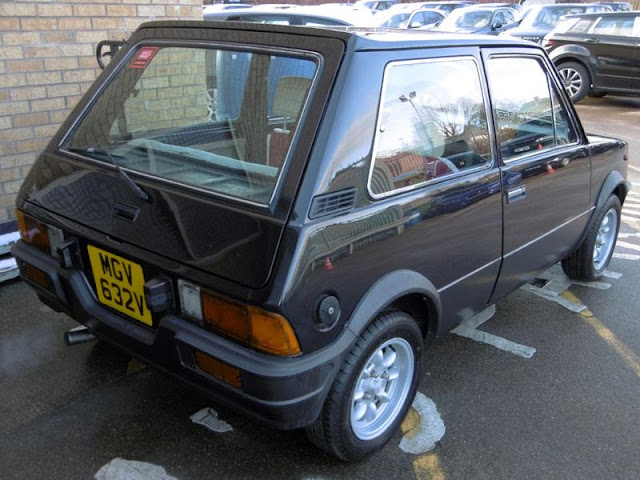 KEEPING IT CLASSIC
2010-2018
Disclaimer:  Whilst Classic Chatter ("we") attempt to make sure that the information contained in this website is accurate and complete, we are aware that some errors and omissions may occur from time to time. We are not able, therefore, to guarantee the accuracy of that information and cannot accept liability for loss or damage arising from misleading information or for any reliance on which you may place on the information contained in this website. We highly recommend that y check the accuracy of the  information supplied. If you have any queries with regard to any information on our website, please contact us at  jeff.classicchatter@mail.com